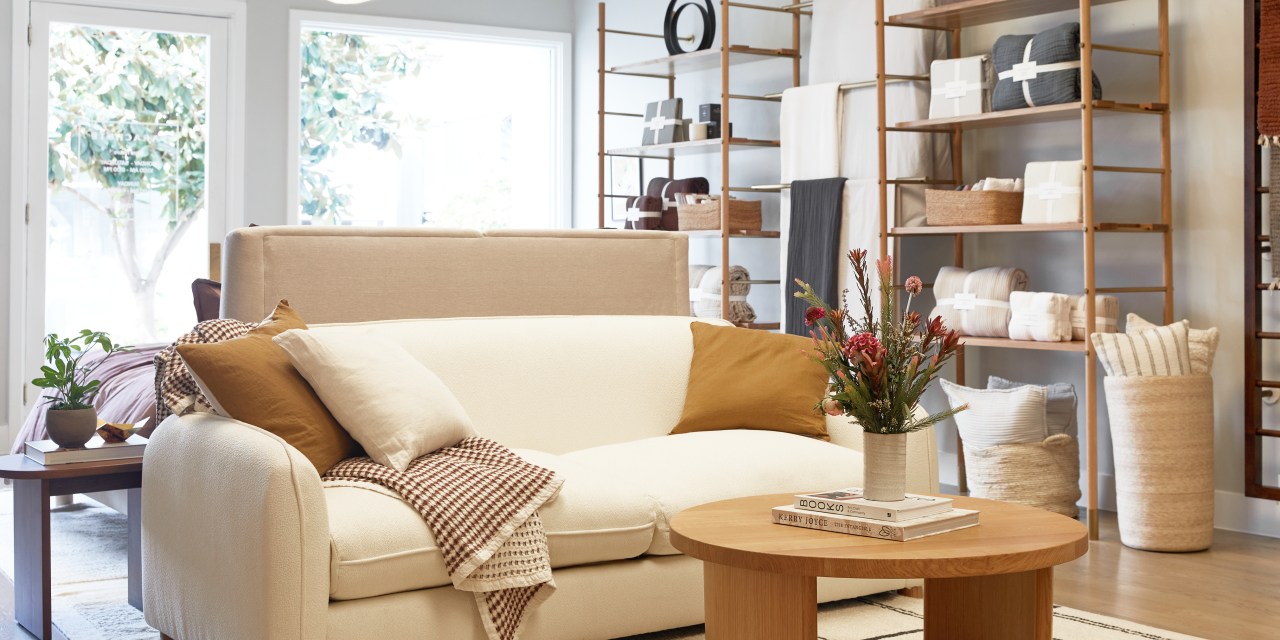 Direct-to-consumer home brand Parachute wants to win over the pros.

Parachute’s trade program is available to design professionals for their projects and services. It offers benefits like 20% discounts, applicable tax exemptions, product previews, access to a dedicated team of specialists as well as free swatches, shipping and returns. There is no membership fee, but in order to qualify, shoppers must present either a valid membership at a design organization, design certification, valid business license or website and Instagram reference, among others.

The trade program has been around “in some form” since Parachute’s early days. But in the last year, Parachute said it had invested more in the trade arm of its business: employing trade specialists located in different markets in the U.S., setting larger goals and just recently opening a Trade Design Studio in late September. Now Parachute’s trade business is the company’s fastest-growing channel, witnessing a 112% year-over-year sale increase from trade customers within a year.

Leaning into specific demographics by offering them services and perks is a common tactic DTC brands use to scale their businesses. This has grown even more necessary now as the cost of customer acquisition grows pricier and some advertising channels, in some cases, grow less effective.

“We see this customer as one of the best customer bases for us to be connected to,” said Ariel Kaye, CEO and founder of Parachute. “It also really plays into our retail strategy. A lot of interior designers do like to go into retail stores and they like to touch and build products and they like to bring their clients there. And so, we see the two channels working together really well.”

Its trade business currently accounts for over a quarter of furniture revenue. Parachute, which launched in 2014, saw revenue growth of 58% year-over-year to about $150 million in 2021. The company made its name by selling luxury linens but quickly expanded to selling furniture. Parachute began selling bed frames in September last year and it released a collection of benches and nightstands in January.

“We started out as really focused on direct-to-consumer and we saw this organic interest from interior designers who wanted a program specific to their needs,” Kaye said. “We really want to be there for them, and we want to provide the best possible experience.”

So far, the program’s membership has risen about 120% year-over-year. Kaye said trade customers’ average order value is two times higher, they purchase two times more often and have half the average return rate of regular customers. They also end up connecting their clients to Parachute.

Unlike average customers, design professionals tend to have higher standards and a discerning eye for detail, said Melissa Minkow, director of retail strategy at digital consultancy firm CI&T. Because this customer group tends to be very knowledgeable in the home industry, gaining their favor can be a challenge. They also tend to shop around different brands, so winning over their complete loyalty can be tricky, Minkow said.

“They are going to be able to compare the brand and the items against other brands, other product ranges that they’ve worked with,” Minkow said. “It’s really crucial to win them over but it’s also important and noteworthy to recognize that they will probably always have other brands in their arsenal as well.”

However, having design professionals as customers can be valuable. Minkow said these customers are tastemakers, which means they set trends and influence others to follow their lead. Oftentimes, their designs influence people’s purchasing decisions.

For this reason, other home brands have also set up their own trade programs. Furniture company Joybird also has a trade program that offers perks like discounts and unlimited use of its 3D Space Planner. Home improvement brands like Lowe’s and Home Depot have also been competing for professional shoppers when the demand for DIY customers faltered following the pandemic’s early days.

“There’s definitely a level of scale built into this demographic or this audience that just may not exist with a one-to-one end consumer,” Minkow said. “With a designer, with an expert, with a pro, they’re making this [purchasing] decision every single day for at least one client.”

Parachute’s Trade Design Studio in West Hollywood is located alongside many showrooms and interior design offices. It’s built slightly differently than the regular Parachute stores as it caters to interior designers (although it is also open to the public), with an ample amount of swatches available in the location alongside key products that interior designers like to source. Kaye said the company is interested in opening other design studios in different markets.

The company has also been pushing further into furniture, which Kaye said would drive further growth within Parachute’s trade business.

What else we’ve covered