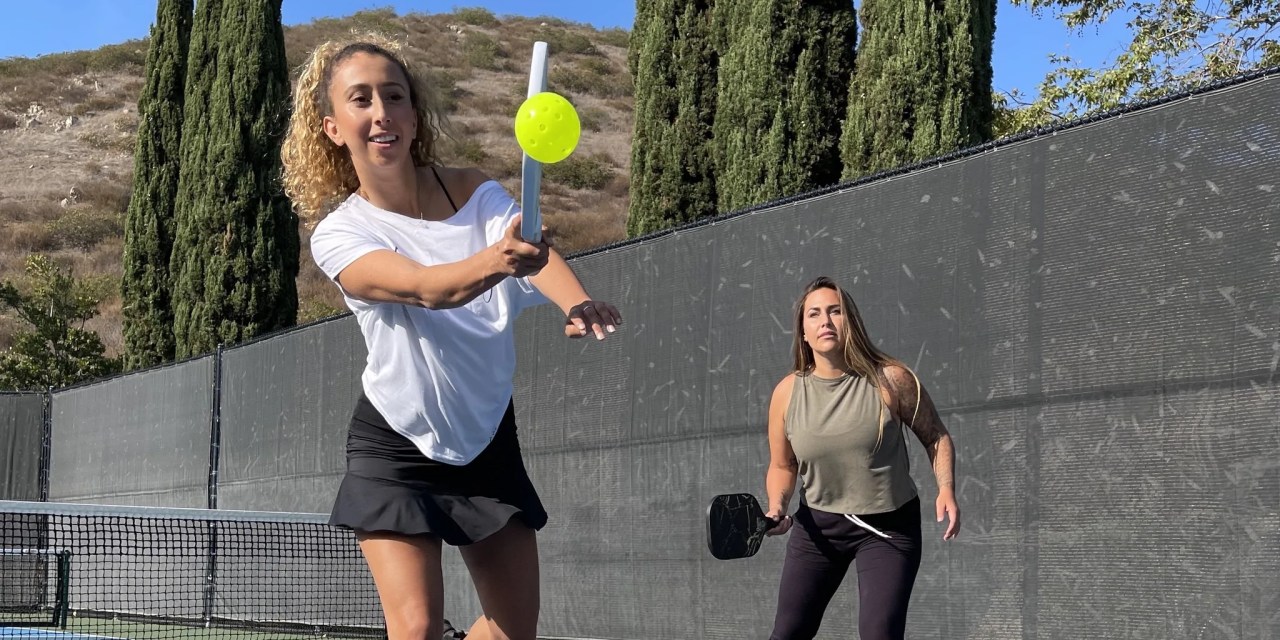 Clothing companies are competing to keep up with demand for pickleball.

Pickleball — a hybrid of tennis, ping-pong and badminton — was first invented in the 1960s but exploded in popularity over the last few years, especially during the onset of the pandemic. Today, the sport is considered one of the fastest-growing in America, with backing from big brands, professional athletes and celebrities. A large part of the sport’s appeal is its accessibility; its rules are simple, and anybody at any age can participate. A recent report from the Sports & Fitness Industry Association found that pickleball attracted 4.8 million U.S. players in 2021 — a 40% increase from the year prior.

Major brands have jumped into the market with their own pickleball products or lines. Adidas has a whole section on its website devoted to pickleball that sells tennis shoes, polo shirts and tank tops. Fila sells pickleball crewnecks, flounce skorts and racerback tanks, while Marks & Graham sells a pickleball bag.

Other companies, like Lululemon and Athleta, don’t have the word “pickleball” in their products’ names but offer very similar tennis apparel and footwear.

When it comes to manufacturing tennis apparel and pickleball apparel, “the requirements of a garment are essentially the same,” Matt Powell, vice president and senior industry advisor for sports at The NPD Group, told Modern Retail. “But I do think that brands can leverage the popularity of pickleball right now by saying that, you know, this is a pickleball jacket or a pickleball pair of shorts. And so while there aren’t big differences there… it’s a way of identifying with the consumer.”

There are options for tweaks, Erin Schmidt, senior analyst at Coresight Research, told Modern Retail in an email. “The ball is smaller in pickleball than tennis, so clothing such as tennis skirts or dresses that have a pocket to hold the ball could be more customized for pickleball, but would not necessarily have to.”

Aubri Steele founded Civile Apparel, a pickleball apparel company, in 2020, as the sport was rising in popularity. She found that existing pickleball apparel didn’t appeal as much to younger consumers and wanted to create “a modern, sophisticated, edgier version of it,” Steele, also CEO, told Modern Retail. “It was early, we’ve had the luck of that, and the value of two years now of building deep relationships and insight about the sport.”

Civile Apparel is a lifestyle brand in line with the Southern California surfskate style. It officially launched in February 2021 and makes all of its items in the U.S. The company’s top products include a unisex performance t-shirt, a luminary skirt and a crewneck shirt, all of which can be found online. Civile Apparel is also partnering with street artists for an upcoming special edition of the luminary skirt.

Civile Apparel’s Cuore Visor is so popular, it’s sold out on the website. The company’s revenue doubled in 2022 compared to 2021 and it boasts a “strong” customer retention rate, Steele said. “We’re very hands on with all of our customers and I think that has paid off as well.”

Most of the company’s shirts and sweatshirts are punny and playful. Its “Don’t Be a Dink” collection was so popular, it was spun off into another iteration. A dink is a controlled pickleball shot that lands just over the net in an opponent’s No Volley Zone. “‘Dink’ is obviously a pickleball term, but you know, ‘civile’ means being civil in Italian,” Steele said. “So we do really, at the core, want people to be united by pickleball and be united in a way that transcends sports.”

And while other pickleball apparel is more performance-driven, Civile Apparel is focused more on the everyday customer looking for community. “We want you to love the shirt so much that you wear it off the court,” Steele said. Still, she told Modern Retail that it was easy to feel pressure to keep up with other big brands coming into the space. Civile Apparel doesn’t need to “chase everything,” Steele said. “We want to stay out of those saturated, very competitive groups. And… to not get caught up in what other people are doing, but to build what we want to build because we truly believe in it.”

Nationally, there are more than 80 USA Pickleball-sanctioned events from now until November 2023. Cities are scrambling to keep up with demand for public courts, investing tens of thousands of dollars in the space. And private businesses are accepting the overflow, with the Pickle Shack in Ohio open for 24 hours a day.

It’s good news for clothing companies. With pickleball taking off “like wildfire,” The NPD Group’s Powell said, “I think we will continue to see brands trying to leverage a position in pickleball apparel.”