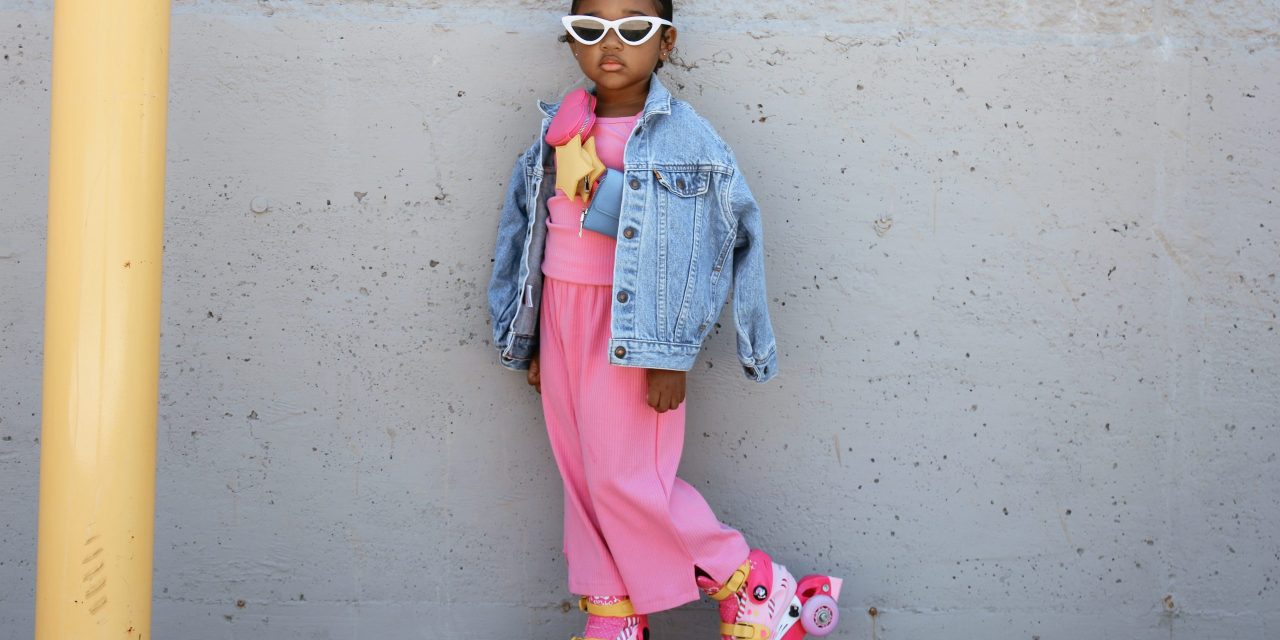 Children’s apparel sales are growing once again, after struggling during the first half of 2020.

In the back half of 2020, children’s clothing grew to $252 billion in global sales and $34 billion in U.S. sales and, this year, Mordor Intelligence predicts that U.S. sales will reach $40 billion. Moreover, according to Euromonitor, the children’s apparel sector grew faster than men’s and women’s apparel.

Retailers, in turn, have placed their bets on the category. In 2021, big-box retailers like Walmart launched new childrenswear private labels and partnerships. Meanwhile, department stores significantly expanded their kids apparel investments, with Saks Fifth Avenue, for example, adding 60 new childrenswear brands in 2021 alone. Youth-focused clothing startups told Modern Retail that the category has been showing long-term growth potential since 2017, however, after the past year and a half, parents are particularly eager to focus spending on their kids.

Chao Wang co-founded a children’s apparel subscription service, Dopple in August 2018 as mid-priced alternative for fashionable parents. “You’re either buying super expensive luxury goods that are just not practical… or you could clothe your kids in Old Navy or Gap,” said Wang. “There wasn’t great experiences in between [price-points].”

Her service operates on a quarterly model — sending boxes of kids clothing every three months based on parents’ style, size and price preferences. In the past year, the service’s quarterly retention rate (or parents repurchasing quarter after quarter) rose to 86% and average order value has increased every quarter.

Dopple’s success highlights the larger growth in the children’s apparel market over the past two years, explained Wang. While children’s apparel struggled during the pandemic, its losses were less than men’s and women’s apparel — and its recovery has been more swift. Now, as discretionary spending ramps back up, kids clothing sales are rising, with executives at Kohl’s, Target and Walmart all praising the category as a growth leader in recent earnings calls.

This mirrors similar sales success in the toys and baby categories this year for Macy’s and Bed Bath and Beyond, respectively.

Louise Vongerichten Ulukaya, founder of sustainable children’s apparel brand Mon Coeur (which she first began in 2018 but officially launched in 2021), thinks that that this year in particular, parents were focused on their children. This year in particular, explained Ulukaya, parents were focused on their children. “[During Covid], as adults we can compromise on what we want to buy for ourselves,” said Ulukaya. “Kids is one of the things that you do not compromise on. Parents are really not thinking twice when it comes to kids and that goes for clothing, and that goes for what they need on a daily basis.”

Brand and retailers fall in line

Meanwhile, sensing opportunity, retailers have increasingly been investing in the childrenswear space.

Walmart released a new children’s apparel line this month and announced a partnership with tween brand Justice this summer. Kohl’s hosted an adaptive kids fashion show earlier this month, following an expansion of its adaptive clothing SKUs in July. In July, Target partnered with children’s illustrator Christian Robinson for a line of kid’s apparel and home goods. Last week, Jill Feldman, the vp and general manager of Kids Foot Locker told Modern Retail that the banner was one of the fastest-growing across the Foot Locker company.

“We’re having huge momentum in the kids space,” said Feldman. “We have a belief that we can take Kids Foot Locker to actually be a billion-dollar brand in the next few years.”

The growth in the category runs parallel to increasing sophistication in the space, explained Wang. Popular trends mirror those in men’s and women’s apparel: Wang has seen parents gravitate toward everything from cottage core styles to preppy silhouettes to hypebeast sneakers for their kids.

“Styles are more extreme,” said Wang. “We find that parents who love to dress their kids like Prince George one day, the next day they’re dressing their child like Stormi Webster.”

Additionally, parents are also increasingly focused on inclusivity in their product selection.

Wang said that on-site searches for unisex clothing have skyrocketed this year at Dopple, and retailers JCPenney, Gap and Pacsun all invested in gender-neutral kids clothing lines this year. Inclusive fabrics for skin sensitivity and adaptive styles to accommodate disabilities are also on the rise: JCPenney’s Therabouts and Kohl’s Jumping Beans, SO and Urban Pipeline all have adaptive styles.

“Parents want something better for their kids,” said Wang.