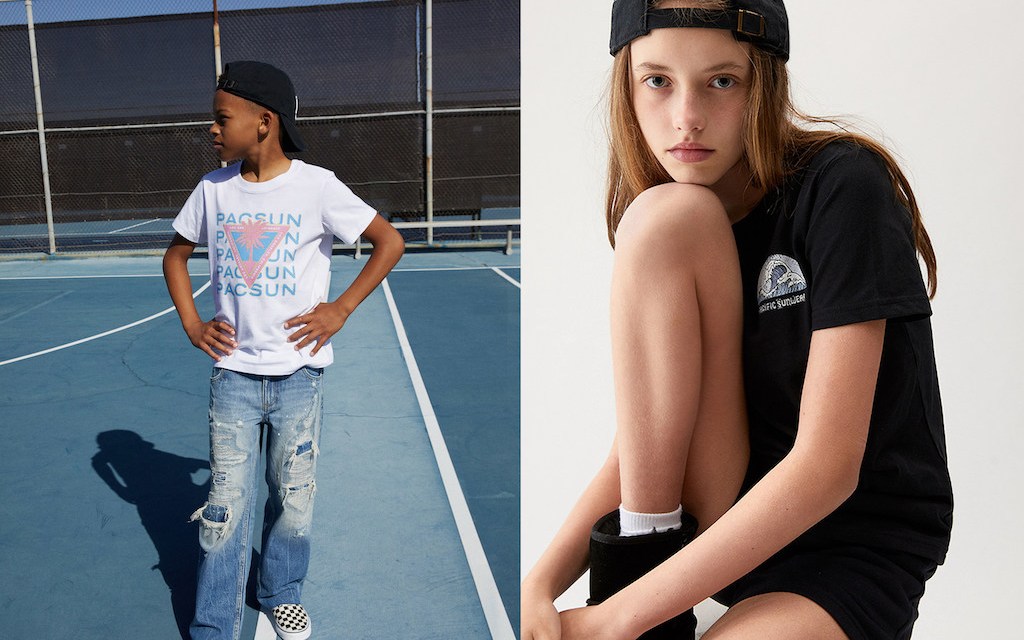 While the launch is partly an effort to capture the back-to-school demand, the company is putting inclusivity at the forefront of the campaign. According to the retailer’s release, the new Thereabouts private label will feature “on-trend kids apparel that celebrates diversity of shapes, sizes, styles and abilities.” The pieces are meant to cater to children with different body shapes and disabilities, while offering some gender neutral styles.

JCPenney is joining the ranks of other retailers, including Gap and Pacsun, in building out more inclusive fashion lines. The growing trend among major retailers shows the category is becoming more mainstream.

Apparel brands and retailers are beginning adding gender neutral items to their product lines, but the phenomenon is not new. The trend began with beauty brands; a number of brands a few years ago began launching new gender-inclusive products. According to CB Insights’ latest report, the spike was likely prompted by the 2017 launch of Fenty Beauty’s wide-ranging makeup shades. Since then, countless corporate beauty brands — including L’Oréal and Estée Lauder — have followed suit.

In June 2020, online news mentions related to terms like “beauty” coupled with “inclusive,” “inclusivity” or “diversity” spiked — and has remained high since, according to the report. And according to Google Trends, searches for “gender neutral” have also been on the rise; the term first spiked in 2015, and peaked in February 2021. “Genderless fashion” searches have had similar surges in the past five years.

Now, major apparel brands are joining. Last year, Gap Inc.-owned Banana Republic released its Wear & Share collection, which the retailer refers to as “a curation of classic Banana Republic pieces for anyone to wear in the modern world.” The line consists of tee shirts, sweaters, outerwear and accessories — labeled as “masculine” or “feminine.” The parent company has made a similar push with its Old Navy gender neutral section, which it heavily promotes on its e-commerce channel.

In a statement, Pacsun president Brieane Olson said “Pacsun will continue to evolve designs, product offerings, and marketing to create the most empowering sense of self as they express themselves through dressing while helping to eliminate gender bias, racism and more.”

Pacsun added that it plans to double down on the offerings. This fall, it will launch a gender neutral private brand called Colour Range, a collection of sustainable clothing “without a specific gender in mind,” according to a company statement.

Last month, Saks OFF 5th partnered with genderless brand Phluid Project to offer an exclusive line in stores and online of gender fluid apparel and accessories. Launched in time for Pride Month, the collaboration marked the retailer’s first gender-inclusive collection.

Rob Smith, founder of the Phluid Project, said the partnership is a new milestone for gender design and branding. “Saks OFF 5th entered the space with intention and an openness to learn and listen,” noting that the campaign was cast with Phluid Project community members, with proceeds donated to the Phluid Foundation. The collaboration also included Saks OFF 5th training internal staff about the products. “This is not checking a box and rainbow washing,” Smith said.

Matthew Herman, former fashion designer and co-founder of lifestyle brand Boy Smells, said the retail industry as a whole is updating branding and merchandise to cater to customers’ changing attitudes. “Long gone are the days of identity being a static destination,” Herman said. Boy Smells recently launched its first fragrance line, which Herman referred to as “genderful,” as opposed to gender neutral.

Similarly, Eric Archibald, creative director of streetwear brand Diplomacy, told Modern Retail that major apparel retailers launching gender neutral lines was a long time coming. Brands are launching these new lines because more consumers are expecting these types of items. At the end of the day, he said, “it’s all about the money.” He added, “the Bloomingdale’s and Saks of the world are compelled to market and sell these styles in order to see a return on their investment.” Ultimately, Archibald explained, retailers want these lines to sell as well as products from their traditional sections.

Beyond joining a global style trend, Archibald said there were “obvious benefits” to developing gender neutral lines. “For instance, you’re only creating one collection, so development costs are going to be lower than if you were designing multiple, more gender-specific collections.”

Still, there are some challenges. For example, with gender neutral apparel for mass markets, there is more pressure to design and market products in ways mainstream consumers will understand it, Archibald explained.

For now, it’s up to popular retailers — and even big box stores — to show their customers how these lines can be utilized and worn, he said. “As open as some people seem to be to a gender neutral aesthetic, there is a huge part of the mainstream that doesn’t get it just yet.”