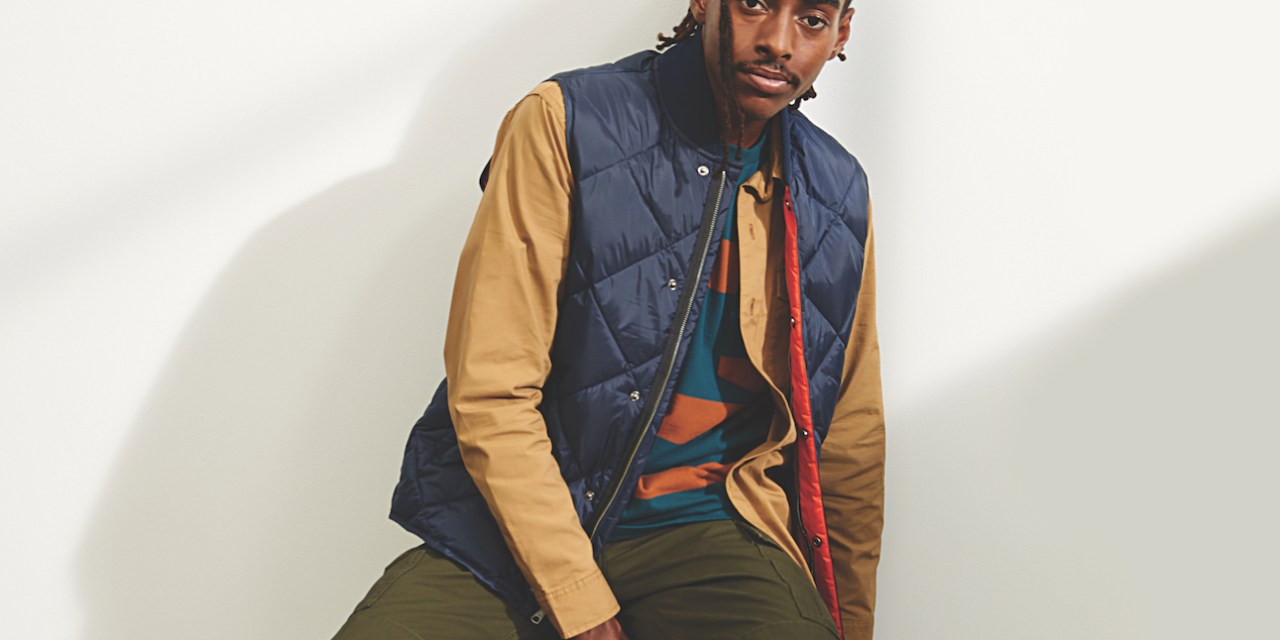 Over the past few years, Walmart has been making a slew of investments to get people to think of its stores and website as a fashion destination. Now, the company is hoping that they will pay off as shoppers look to buy more from Walmart, while making fewer trips to stores.

On Monday, Walmart launched Free Assembly, a new private label line of men’s and women’s clothing with pieces ranging from $9 to $45 in price. Free Assembly is not the only fashion move that Walmart has made as of late. The big-box retailer has been looking for ways to get customers to buy more higher-margin items like clothing in order to make its e-commerce and store businesses as profitable as possible. To do so, it’s launching more exclusive lines with an emphasis on basics like jeans and blazers. The bet is that that way, customers will pick up a few pieces of clothing from Walmart while they are buying their groceries for the week or refilling their prescription.

Over the past year, for example, Walmart has tried to recruit more fashion brands to sell through Walmart.com, launched exclusive lines in partnerships with celebrities, and revived former NYC fashion mainstay Scoop.

This focus is already paying dividends. Last year, Walmart’s sales growth in grocery outpaced its sales growth in general merchandise, which includes apparel. During its second quarter earnings report in August, Walmart reported that e-commerce sales were up 97%, with grocery sales up mid-single digits, while general merchandise sales were up in the mid-teens. On the company’s earnings call, executives chalked up the increase in general merchandise sales to the fact that shoppers are increasingly favoring buying their groceries, home goods, and apparel from big-box retailers like Walmart, so they can make fewer trips to the grocery store while concerns around the coronavirus persist. The company also said that average ticket size per shopping trip was up 27% year-over-year.

“[Walmart] is capturing shopping trips in a way that apparel based retailers and non-essential mall-based retailers simply are not,” said Bryan Gildenberg, svp of commerce at Omnicom Consulting Group.

The current fashion line-up
In a press release announcing the new private label line, Denise Incandela, senior vice president of women’s group and online brands at Walmart, said that Free Assembly has been in the works for about two years. Free Assembly bills itself as carrying fashion basics for both men and women, with a focus on sustainability by including some pieces made with organic cotton and Fair Trade Certified Denim. Items available in the collection include men’s and women’s jeans, blazers, sweaters.

Walmart’s fashion division in recent years has focused on building brands at both the high and low end of the price spectrum. Scoop, the NYC fashion brand that Walmart bought earlier this year, became popular for being featured in Sex and the City, and was known for selling $1,000 shoes and $100-plus jeans. An exclusive denim line that Walmart launched last year in partnership with Sofia Vergara features items priced at $40 and under. The new Free Assembly line is similar to Vergara’s line in terms of price point and the focus on basics.

By focusing on basics, Gildenberg said Walmart could do a better job of weathering changes in rends, while still growing its fashion business. “Walmart at its core is a retailer that relies on predictable replenishment to make money,” said Gildenberg. “The business is wired to sell predictably, and fashion is unpredictable.”

Before the focus on building brands in-house, Walmart tried to acquire fashion expertise through the acquisitions of digitally-native retailers like Bonobos and Modcloth. Walmart started to shift away from that strategy though as the online-only brands struggled to turn a profit, selling off Modcloth and reportedly considering selling off Bonobos. The designer of the Free Assembly line is Dwight Fenton, formerly the chief creative and design officer at Bonobos.

An already crowded market
As Walmart seeks to grow its fashion business, it faces competition from off-price retailers like TJ Maxx and Marshall’s, as well as its biggest big-box competitors like Kohl’s and Target. Private label clothing sales have been a big boon for Target in particular. As of January, Target had 41 owned brands, including 19 in clothing and accessories.

“Target has developed some extremely compelling private labels in apparel and has put a lot of effort into creating a distinct identity for each,” said Neil Saunders, managing director of GlobalData Retail. “This includes merchandising materials and displays in store. As a result, they have increased the number of existing shoppers buying clothing and attracted some new customers.”

Incandela said last year at a conference that a top priority for her was redesigning Walmart’s website to make it easier to shop for fashion items, by approving discoverability and improving the quality of images included on the website. But in store, Saunders said that Walmart still has work to do to make its clothing displays enticing for shoppers.

“Most of [Walmart’s] apparel areas in stores are uninspiring and display clothes in a way that is far from compelling and makes them look like basic commodifies,” said Saunders. “Stores can also be hard to shop as there is little differentiation between various brands and price points. The whole atmosphere needs to change if Walmart wants to attract and retain more apparel shoppers.”