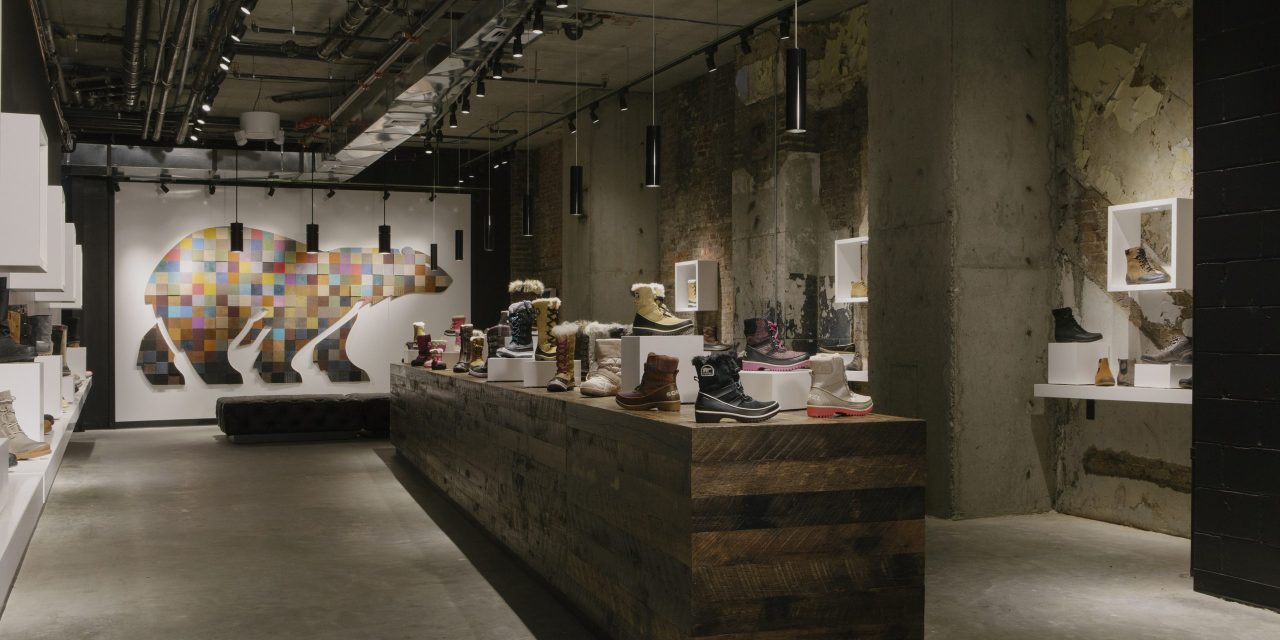 “Sorel’s compelling new sneaker styles and a resurgence in the wedge category contributed to phenomenal demand and brand heat,” said CEO Tim Boyle during a call with investors and analysts. “Columbia’s success is rooted in the brand’s differentiated innovation, value proposition, and authentic outdoor heritage.”

Founded in 1962, Sorel was known for its premium boots and was later acquired by Columbia out of bankruptcy in 2000 for $8 million. Now, Columbia execs said they expect Sorel to be its fastest-growing brand in 2022 as it continues to pivot away from being purely a winter brand, according to its fourth quarter earnings call. In the recent earnings call, executives said Sorel’s sales were driven by strong wholesale and direct-to-consumer performance.

“In addition to favorable cold weather product sales, we continue to see year-round styles gain traction,” Boyle said. “The Kinetic Impact Lace sneaker was the number one style in terms of units sold on Sorel.com, highlighting the brand’s growing presence in the multibillion-dollar sneaker category.”

The apparel brand was one of the retailers that benefited from the outdoor boom during the pandemic, and during the winter season, analysts say Sorel’s winter products were positioned to meet demand. As other retailers like Lululemon bet on the footwear market for growth, Columbia appears to be benefiting again from already having an established brand on its roster.

In Columbia’s case, footwear takes up a large chunk of its sales. This quarter, footwear alone made up $195.6 million in sales, while apparel, accessories and equipment combined made up $565.9 million in sales. Footwear sales rose 25% in the first quarter and the rest altogether grew 21%.

Over the years, Sorel has launched a variety of footwear for different markets. This month, Sorel and artisan coffee company Alfred released two sneaker styles inspired by popular beverages: iced matcha latte and iced vanilla latte. In 2019, it also launched its first-ever waterproof sneaker, dubbed the Out ‘n’ About Plus Sneaker.

“Sorel, in particular, is a brand that has shown some momentum over the years,” said Matt Powell, senior industry advisor for sports with The NPD Group. “It’s been an interesting acquisition for Columbia in that they are learning how important fashion is and how fashion and function combined really is a powerful story.”

Earlier this year, in January, Sorel partnered with Zappos.com to launch three signature shoe styles. Sorel modified and added new features to some of its best-selling footwear to make them more accessible to consumers, including people with disabilities.

There’s good reason for Columbia to up its shoe game. Sneaker sales have grown 20% in 2021 from 2020, according to The NPD Group. However, supply chain constraints continue to lead to out-of-stocks. Last month, Modern Retail reported about how some sizes for specific best-selling shoe styles were out of stock, such as Reebok’s Club C 85 Vintage style and Nike’s Air Force Ones.

Like other apparel brands, Columbia’s operations are also plagued by supply chain challenges. Executives said they anticipate some of its fall 2022 production to be “a little bit late relative to the market.”

“Supply chain is probably the biggest wildcard out there in terms of potholes that they could they could hit,” Powell said. “But they seem to have navigated that pretty well in this first quarter, so my gut is that they will continue to outperform the rest of the market.”

Jessica Ramirez, a senior research analyst at Jane Hali and Associates, said that Columbia may continue to face tough year-over-year comparisons, especially amid logistical challenges. However, the outdoors trend is still in full swing, which positions Columbia to reap rewards.

“Columbia, as a group, they are in a space where I think the consumer still has interests,” Ramirez said. “There’s just been a real movement of how consumers have decided to spend that spare time and they’ve enjoyed it. I don’t see that going away and Colombia is a key player in that space.”