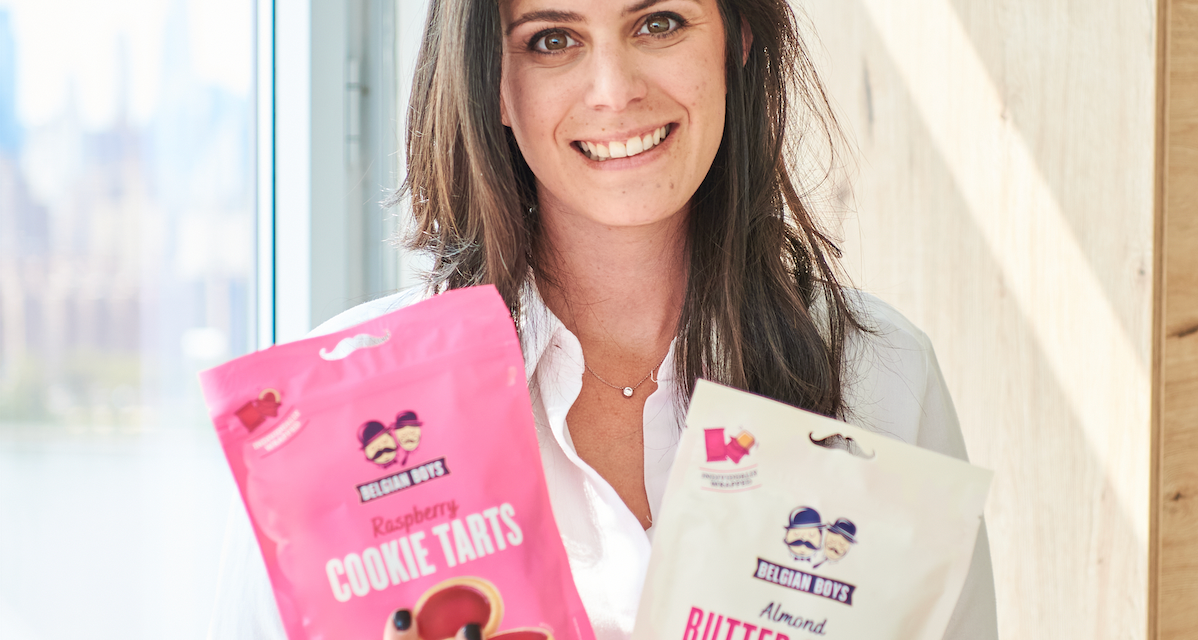 Food startup Belgian Boys is looking to make European breakfast staples mainstream after raising a total of $7 million in its first outside funding round.

Equilibra Ventures, a startup incubation platform founded by Kind Snacks founder and Shark Tank guest host Daniel Lubetzky, and other angel investors participated in the recent round, which closed in December. Belgian Boys declined to comment on exactly how much Lubetzky, who stepped down as  CEO of Kind in 2019, invested.

Belgian Boys, which is run by wife and husband duo Anouck Gotlib and Greg Galel, offers quick-and-easy breakfasts and desserts — from crepes and lava cakes to Belgian Waffles to brioche french toast. While the company is based in New York, its products are produced in Europe. The company sells its items in the fresh refrigerated section, rather than in the frozen section. The company said it is currently generating eight figures in annual revenue, which has doubled over the last two years. With its newly raised funding, the company plans to grow into a global brand by adding new retail partners — it’s already available at 5,000 retail stores — and growing its relationship with existing ones this year.

Gotlib, who also serves as the company’s CEO, said Belgian Boys entered a strategic partnership with Equilibra because it aligns with the company’s future goals. Lubetzky himself was one of her biggest role models when she was building the company, she said.

“We are looking for a partner that has been there, that has done these things, that know what this industry is all about,” Gotlib said.

Gotlib said that while Belgian Boys’ merchandising strategy — which showcases items in grocery refrigerators rather than freezers — may seem uncommon, the company is seeing better results in the fresh category versus the same items in the frozen section.

“I really believe that the future of breakfast is fresh. We’re bringing new products, new items that are just easy and convenient for our consumer,” Gotlib said. “I think there’s so many opportunities on what we can still do in that fresh set, whether that’s product innovation, merchandising and lots of projects that our team has on their radar.”

In a span of three years, the company has grown its presence from 65 to 800 Walmart stores and 200 to 600 stores at Target. Other retail partners include Costco, Whole Foods and Kroger.

Consumers are also more open to testing new products due to several out-of-stock situations at grocery stores, he said. This opens up an opportunity for European players to offer alternative breakfast options, but it won’t be that easy, he added.

“There’s a lot of challenges because we have a lot of brands competing for shelf space and shelf space is at a premium,” Wong said. “It’s not that the consumers are unwilling to experiment and try different brands, but I think the challenge is how do you make sure that that trend sticks.”

For Belgian Boys, the hope is to capitalize on these changing behaviors to keep growth apace. Gotlib said Belgian Boys has “major optimization work” ahead, including an enterprise resource planning (ERP) software, an inventory management tool and getting a sales data subscription.

Additionally, the company said it also wants to hire more talent as well as execute marketing opportunities, in-store merchandising and sampling with its retail and digital partners.

On a broader note, the company said it wants its products to be associated with “moments of joy.”

Correction: This article has been updated to note that Daniel Lubetzky stepped down as CEO of Kind Bar in 2019.