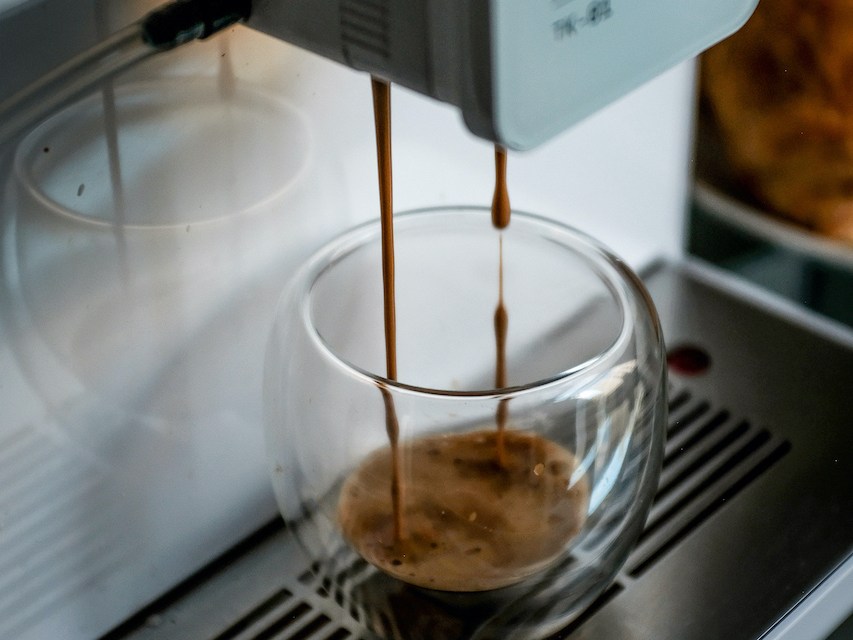 The specialty coffee industry, long reliant on wholesale partnership with hip coffee shops, has been forced to shift gears.

The combination of millions of customers working from home along with cafes operating at limited capacity forced roasters and distributors to quickly pivot to consumer-facing sales. The space-to-socialize and laptop-ridden culture that dominated coffee shops in recent years has been upended by social distancing guidelines. So much so, even the world’s largest coffee chain, Starbucks, is rethinking its seating strategy with the new to-go store concept.

In the three months since the pandemic hit the U.S., there has been a major increase in coffee sales, according to data from e-commerce analytics platform Profitero. In comparing May sales against January sales, there is a 20% increase in sales on coffee pods, 19% on espresso capsules and a massive 74% for ready-to-drink coffee. As for the “traditional” brewing and instant category, the period marked a 44% jump in sales.

As part of the overall delivery boom, subscription coffee brands have been one of the major benefactors of quarantine coffee drinking. For example, the roaster Blk & Bold experienced a 1,400% surge in sales over the past month as well as increased demand on Amazon. Similarly, Trade Coffee, which allows customers to shop from 55 roasters, instantly saw a 10 fold increase in customers back in March.

Despite home coffee sales seeing record growth, some coffee brands had to completely retool their business models to survive. Some tried out selling directly to consumers, while others cross-pollinated with other industry names for mutual growth.

Investment in home brewing technology has helped some players grow within the coffee providers space, said Terra Kaffe founder Sahand Dilmaghani. The company, which makes a push-button coffee machine that retails for $775, launched in 2019, and was seeing increased interest from corporate clients like Parachute and Burrow right before the coronavirus hit.

Dilmaghani explained that his initial strategy, before raising funding, was to go door to door in Manhattan’s Soho to get the machines into startups and hip retail stores. When many offices and stores shuttered in March, Terra Kaffe modified the DTC strategy by furthering relationships with roasters who were “desperately trying to figure out e-commerce” on the go.

True, coffee isn’t necessarily deemed an “essential” at a time like this, but the moment did present an opportunity for the industry to diversify its fulfillment methods. Terra began by working with roasters like Necessary and Partners Coffee to add on a free sample with every machine purchase.

“It helped to have customers start using the machine with a great bag of coffee,” he said. It also helped roasters sell coffee subscriptions.

Home machine sales increased around April “across all metrics,” Dilmaghani said, which he credits to people “craving one sense of normalcy” following the initial economic crash. At the time, which also coincided with him contracting Covid-19, the team’s efforts were also going to supply New York area hospitals with free machines.

Meanwhile Joyride Coffee, a B-to-B startup that supplies offices with coffee from roasters like Stumptown, Blue Bottle and Intelligentsia, recently debuted its own DTC cold brew delivery across the U.S. Co-founder and president David Belanich told Modern Retail the decision for the concept was made within weeks of Covid-19’s outbreak, which caused the majority of clients’ offices to close.

“We recognized that our at-work coffee delivery service wasn’t going to sustain us in the short-term,” with so many employees shifting to remote work, explained Belanich. In the short period of doing business during the coronavirus’s spread, the company saw a switch from coffee being consumed in coffee shops and offices to at home; the Specialty Coffee Association recently reported triple digit increase in subscription coffee sales during the crisis.

To further offset the loss of office replenishments, Joyride is also launching “Joy at Home” next week, which will allow companies to send coffee to employees’ homes.

Independent coffee roasters with a physical footprint are faced with a more difficult transition, as they try to grow online sales to offset their cafes’ limited operations. South Carolina-based Methodical Coffee has seen “a dramatic increase in online sales, especially coffee subscriptions,” since people began to work from home. Given its regional following, this is credited mainly to the existing coffee shops’ customers who turned to brewing beans at home. However, co-owner Marco Suarez said that despite the shift in behavior, he expects coffee shops to still have an “important role to play” in the space and eventually return, because they act as purveyors of social interactions.

Still, this coffee distribution shift will likely continue in the coming years, Dilmaghani predicted. “The cultural undertones are changing,” he said. Still, for decades the American coffee consumption has combined both home brewing and barista-made cups. “That’s likely to remain.”