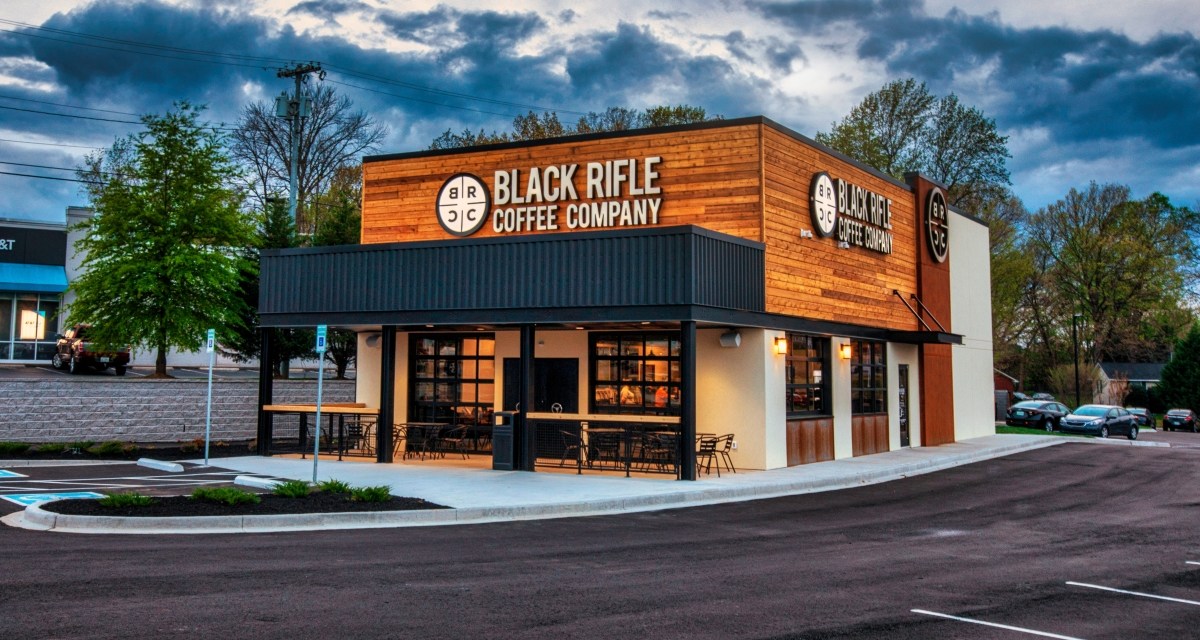 The military-themed Black Rifle is going public via a special-purpose acquisition company (SPAC) merger of $1.7 billion. Western coffee chain Dutch Brothers and donuts and coffee house Krispy Kreme, on the other hand, received valuations of $3.3 billion and $2.7 billion, respectively, via their initial public offerings (IPOs). Krispy Kreme’s IPO marked the company’s second public listing: the company was public from 2000 to 2016 but went private after it was acquired by investment firm JAB Holding — the parent to coffee brands and food chains like Einstein Bros Bagels and Coffee, Caribou Coffee, Peets Coffee and more.

Greg Portell, lead partner in the global consumer practice of Kearney, told Modern Retail that “the market is hot for IPOs in general” and that as the premium coffee market built by Starbucks matures, consumers are craving “a fresh set of brands.” To stand out, these brands aren’t attempting to take on the coffee giant, and are instead are carving unique niches to speak to certain demographics or geographies.

According to FactSet, a record 785 companies have gone public in the first three quarters of the year. From Allbirds to Bumble, startups and established private players are all embracing the public markets via IPOs, SPACs and direct listings. In hot markets, explained Portell, private funding can only go so far.

“At this point in the premium coffee market’s evolution, we are seeing consumer demand start to widen for a fresh set of brands,” said Portell. “That has opened the door for smaller brands to grow quickly. IPOs let those early investors liberate capital in a way that the debt market can’t.”

The coffee market is experiencing new growth spurts as various companies demand workers return to in-person offices and workplaces. Last week, Starbucks reported a revenue increase of 22% year-over-year for their fiscal fourth quarter, ending on October 3. Tim Hortons and Coca-Cola also highlighted the success of their coffee segments in their recent earnings.

Starbucks and Dunkin’s foot traffic were both up in recent months as workers returned to office, said Ethan Chernofsky, vp of marketing at foot traffics analytics firm Placer.ai. In July, in particular, foot traffic at Dunkin’ was up 17% and 4% compared to pre-pandemic July 2019.

“[Starbucks and Dunkin’] are still seeing significant growth which is even more significant considering the massive footprint they already have,” said Chernovsky.

Now, private companies want in. Since going public, Dutch Brothers’ stock is currently up to $68 a share from its $28 launch. The company has yet to hold its first earnings conference, however store visits are on the rise, said Ethan Chernofsky, vp of marketing at foot traffics analytics firm Placer.ai. Dutch Brothers consumer visits in September after going public were up 113.8% more than the year prior.

“The growth in Dutch Bros. visits comes from both [location] expansion and increasing visits per location, indicating that not only are there more branches to drive increased reach, but visitors are coming back more often,” said Chernofsky.

Differentiating from the competition

Portell pointed out that Starbucks is not only the dominant player but is also “still in growth mode.”

“It would be a mistake for these brands to build strategies that are meant to ‘take on’ the major chains,” said Portell. “Their appeal is rooted in their unique, niche positionings, [while] major chains have staked positions as ubiquitous options. Similar to the craft segments of other markets, these smaller brands create an alternative for consumers who specifically want to turn away from mass options.”

One opportunity is geography. Dutch Brothers has yet to enter the east coast — a Starbucks stronghold — instead centering its drive-through options in the West and Midwest. Its major markets are instead Oregon, California, Arizona and Washington.

Another is a mixed menu that goes beyond coffee. Krispy Kreme, like Dunkin before it, mixes a coffee menu with a robust selection of donuts and pastries. The donut chain’s coffee menu is complete with a mix of frozen, iced and hot coffee, espresso drinks and fraps, as well as a line of popular Keurig K-Cups, similar to Dunkin’ or Starbucks. After the success of its free donut for vaccinated customers program, the brand now is shifting its recent promotions towards coffee. As Starbucks continues to expand its food menu in favor of health over pastry, the opportunity for pastry and coffee combos widen.

There is also brand identity. Black Rifle explicitly bills itself as a veteran-owned coffee company for veterans “who love America.” The company hires veteran workers and regularly donates to veteran-focused causes. However, the company’s co-founders have courted controversy with their politics. One founder Evan Hafer told military publication Task & Purpose in 2017 that he supported President Trump’s executive order at the time limiting immigration from seven Muslim-majority companies. After Starbucks promised to hire 10,000 refugees that same year, Black Rifle Coffee put out social media posts pledging to hire 10,000 veterans.

“I’m open with the fact that if you don’t like my company or my politics, I’m okay with sacrificing that market share,” Hafer told Task & Purpose. “You don’t have to drink Black Rifle coffee. But I want people who voted for Trump to know that there is another option for you. [Starbucks’ former CEO] Howard Schultz doesn’t want your business. I do.”

“Because coffee has roots as a social experience, many of these emerging brands are linked to social causes,” said Portell. “Companies who want to sell product and sell ideas will quickly find themselves in conflict. After all, one person’s cause is someone else’s issue. The Black Rifle objectives bring a sharp illustration to that ingrained conflict.”

“As Dutch Bros. continues to push eastward there is the chance that the competition between the chains increases, but more than likely there will be an equilibrium between them with many customers frequenting multiple chains,” said Chernovsky.