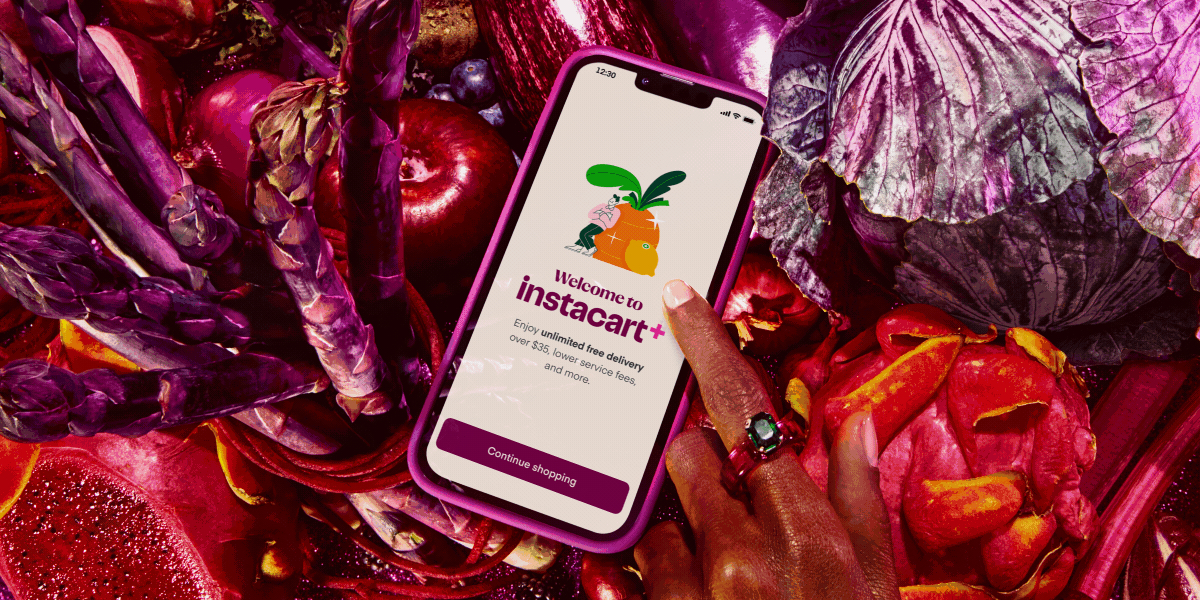 Instacart has overhauled its membership program in an effort to build loyalty among users.

Instacart was one of the services that experienced a resurgence in demand at the onset of the pandemic. In 2020, the company had a 500% increase in order volume, resulting in $1.5 billion in revenue; the run helped it raise another $265 million in venture capital, bringing its valuation to $39 billion in 2021.

But this year, delivery apps have struggled to keep up their early lockdowns revenue. In May, Instacart slashed its valuation by 40% and slowed down hiring as it tries to extend that momentum. This week Instacart announced its redesigned membership program, Instacart+, which builds on the existing Instacart Express. The new program is an effort to offer more reasons to encourage customers to consistently use the service, especially for those who just discovered the service during coronavirus lockdowns. According to the company, last year Express members spent nearly twice as much as non-subscribers each month.

The new Instacart+ shares membership features with Amazon’s and Walmart’s grocery delivery perks. For example, households can now share family accounts and create family carts. Chase cardholders also get exclusive perks, like up to a year of free Instacart+ subscription. Other co-branded offers include airline mile bonuses from Delta with every dollar spent on Instacart orders. Like Instacart Express, Instacart+ will cost $9.99 per month or $99 annually; it also gives members unlimited free delivery on orders over $35, 5% credit back on pickup orders, as well as discounted service fees.

Some experts see the rebrand as a signal of demand for delivery overall slowing down — highlighting how challenging it is to grow a grocery delivery business sustainably.

Jonah Ellin, chief product officer at retail data analytics firm 1010data, said that while the economy is a factor, the rise in competitors is also impacting Instacart’s growth. Competitors like Uber have also been trying to tackle local grocery fulfillment. Uber, for example, acquired delivery startup CornerShop last year and has integrated Postmates into its UberEats app. In 2021, Uber’s grocery business exceeded $3 billion in orders. Meanwhile, DoorDash’s expansion into essentials and grocery delivery has also taken market share away from Instacart.

Ellin pointed to 1010data tracking that shows Instacart’s sales growth and share gain has been slowing down month-over-month this year. For example: between January and April, Instacart’s share of total grocery e-commerce — excluding Amazon channels — declined by 2.3%.

The new offerings directly target loyal customers, and are likely to make the customer experience better for Instacart’s most power users, Ellin said. He likened Instacart’s Chase program expansion to Walmart+’s American Express partnership. “It’s a good way for Instacart to target high net worth individuals and families to whom convenience and membership privileges will resonate.”

Brad Jashinsky, director analyst at Gartner, said that grocery delivery apps are facing several challenges in a post-pandemic era. For one, more retailers are launching or expanding their own subscription services, cutting out middlemen like Instacart and DoorDash. For example, Kroger’s launch of its Boost membership program last fall, which costs $59 a year and offers unlimited no-fee Kroger deliveries within 24 hours; Boost is currently rolling out into more regions.

Then there is competition from other well-funded delivery apps, such as DoorDash and Uber Eats, Jashinsky said. These apps are also increasingly looking to partner with grocers, Jashinsky said, pointing to Albertsons’ latest partnership with DoorDash to offer 30-minute grocery delivery.

“Another challenge is inflation and higher gas prices have made grocery delivery more expensive,” he said. Indeed, gig app workers have been greatly impacted by rising costs, which they have to pay upfront while fulfilling orders. At the same time, younger delivery apps like Gorillas and Gopuff are also burning cash as they try to grow. This week, Jokr followed Fridge No More and Buyk in shuttering operations in the U.S.

Revamping its membership program isn’t the only way Instacart is trying to win over more customers and retailers. The revamped program is part of several Instacart initiatives to diversify revenue. For instance, earlier this year the company unveiled a B-to-B warehousing solution for retailers that want to offer 15-minute delivery. It’s also trying to grow its advertising business, and just launched a shoppable video pilot with brands like Pepsi and Dove.

“Pushing Instacart+ makes sense to increase shopper frequency and have consumers committed to ordering through the service,” Jashinsky said. He pointed to the Family Accounts and Family Carts features as major differentiators. “Those features will help increase the usage of Instacart by family and roommates,” he said. “It could lead to higher retention as there is less chance of cancellation if more people in a household utilize Instacart.”

But, Jashinsky said, many customers are now more comfortable shopping in-store than they were in 2020, or even 2021. As Americans look for more ways to save money, Jashinsky expects “many will begin trading convenience for the lower costs of shopping in-store.”