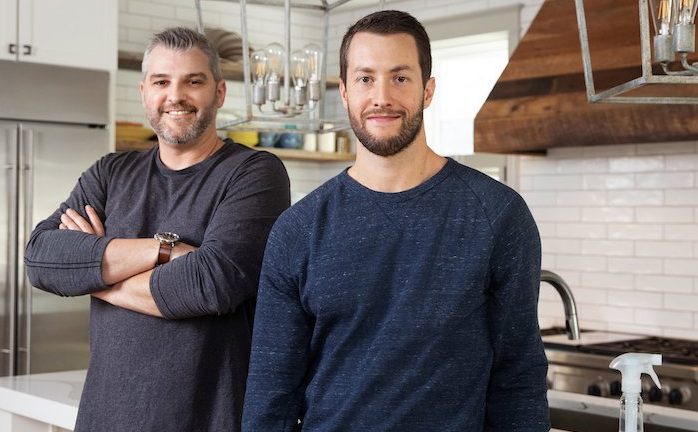 With so many direct to consumer brands out there, launching one seems like something anyone can do.

However, founding and building a company comes with many challenges that can spur rushed, oftentimes ill-advised decisions. While in hindsight the mistakes made can seem easily avoidable, startup founders say that making them helped eventually steer them in the right direction. This can include the commonplace lapse in judgment of taking on too many roles at the company or choosing the wrong fulfillment strategy.

These are six stories, edited and condensed for clarity, about the missteps DTC founders made early on in building their respective company.

Parisa Fowles-Pazdro, founder and CEO of Max-Bone
From the day that I launched Max-Bone in 2016, I have had an incredibly clear vision for the company. In the early days, my vision and overwhelming passion for the brand that I was building led me to take on too much work for myself. Over the years, I’ve grown to recognize that one of my biggest mistakes in the beginning was not delegating enough work to my team. It’s critical to recognize that no one can scale a successful business on their own. At Max-Bone, one of the things that I am most proud of is building a team that is really committed to our goals. Hiring employees that I can trust to uphold our brand’s values and mission made delegating an easier process for me. This helped me recognize that we would never experience the exponential growth that we have achieved thus far without it.

Krishna Kaliannan, founder and CEO of Catalina Crunch
The biggest mistake I made was thinking that “bigger is always better” when it came to co-manufacturers. The first company we worked with to package our Catalina Crunch Keto cereal was the largest food packager in the USA. These guys package over one million bags of product each day. We were a young company with lower volumes at the time, and soon they decided to part ways with us. That was a painful lesson, and I considered shutting down the business right then and there. But stubborn as I was, I then decided to set up a manufacturing plant from scratch myself, so we did not have to rely on anyone else. This was extremely hard to do, but it paid off.

Jessica Honegger, founder and co-CEO of Noonday Collection
By 2015, Noonday Collection was growing at a record-setting rate and we were having trouble keeping our best sellers in stock. While this sounds like a great problem to have, we responded by placing record-high orders with our artisan business partners, followed by additional large orders placed in anticipation of the upcoming holiday season. We also launched a new company website and changed some of our policies. As a result, we were sitting on excess inventory to the tune of $1 million. Panic set in and we decided to take out a line of credit to prevent a cash crunch and give our stakeholders time to plan for handling the situation. By the end of the summer, the overstocked inventory became a full-on crisis. Rumors were spreading through our artisans and ambassadors, and they were losing faith in Noonday. Instead of running from the problem, we decided to be transparent with everyone and it worked. We set up a conference call to share our go-forward plan with everyone, which helped band everyone together and become stronger as a community. This moment was pivotal in growing Noonday Collection and its impact across the globe, and we couldn’t have done it alone. We really are better together, even when relationships get hard.

Jordynn Wynn, co-founder of Insert Name Here
When you first start building a brand it can be overwhelming to think of all the core structures and processes you need to build out and implement. I found myself obsessing over the nitty-gritty of getting exactly the right copy and exactly the right imagery for things like email flows, social posts, etc. A couple months in, on round three or four of reworks, I realized that in reality my perfectionism was only creating missed opportunities. Something live was better than having nothing live. My going forward approach has been: “Just get it up and then you can refine and optimize afterwards.” Done is often better than perfect.

Jon Bostock, co-founder and CEO of Truman’s
We launched Truman’s a year ago with the goal of simplifying the cleaning industry, which until now was a mess of confusing products, single-use plastic bottles and fragmented brands. In deciding how to approach customer service, we had to guess whether consumers were conditioned to not ask questions or whether they were just waiting for someone to listen. Considering cleaning to be essentially self-serve and certainly a rather unemotional industry, my co-founder Alex Reed and I decided to tackle customer service ourselves. We were so wrong. Within just a few weeks, customer inquiries became so demanding that it consumed all of our time, and keep in mind we had started with just a customer service email address and social network accounts. When we later turned on our website’s live chat feature, we were inundated by even more customer questions, covering everything from ingredients to how to clean the messiest of messes.

That feedback has been valuable in helping refine our products. In hindsight, we would have gathered more of it from the start by having a full customer service team on-hand at launch and also done a better job integrating the many ways we talk with customers into a single technology suite. In less than a year, we’ve had nearly 20,000 conversations with customers across live chat, social media, email and every avenue imaginable. We aim for each one to be helpful but, above all, authentic. We got into the cleaning industry because it needed real faces and voices, but we made the mistake of underestimating just how many consumers craved the same.

Ann McFerran, founder of Glamnetic
The biggest mistake I made along the way was not delegating quicker. I was so used to doing everything by myself since I started Glamnetic from the ground up. I was the only employee in the company for the first five months, working 24/7. At the point, I was doing everything from taking product shots and editing them, to running social, to customer service and product development. All this, even when I was doing $500,000 a month in sales. At that point, I realized I was just being stubborn. I needed to work smarter, not harder. That’s when I also realized it’s ok to invest in help and relinquish control for the sake of not only your sanity, but your headspace in thinking of the bigger picture and scaling. Being self-aware and a fierce delegator is vitally important in scaling a brand.

Nicole Staple, co-founder of Brideside
Upon closing Brideside’s Series A, I wish someone had told me to go slow before I could go fast. By that, I mean: prioritize people investments for scale as emphatically as you prioritize pure growth investments. In the past nine months, we have doubled the size of our team, expanded the business into several new physical showrooms and accelerated our private label bridal gown and bridesmaid dress collections. With that comes the first-hand experience of understanding that people investments take money, time, executive focus and are critical in unlocking your team’s potential to sprint. The return is exponential if you scale with a team that feels cultural passion and belonging.