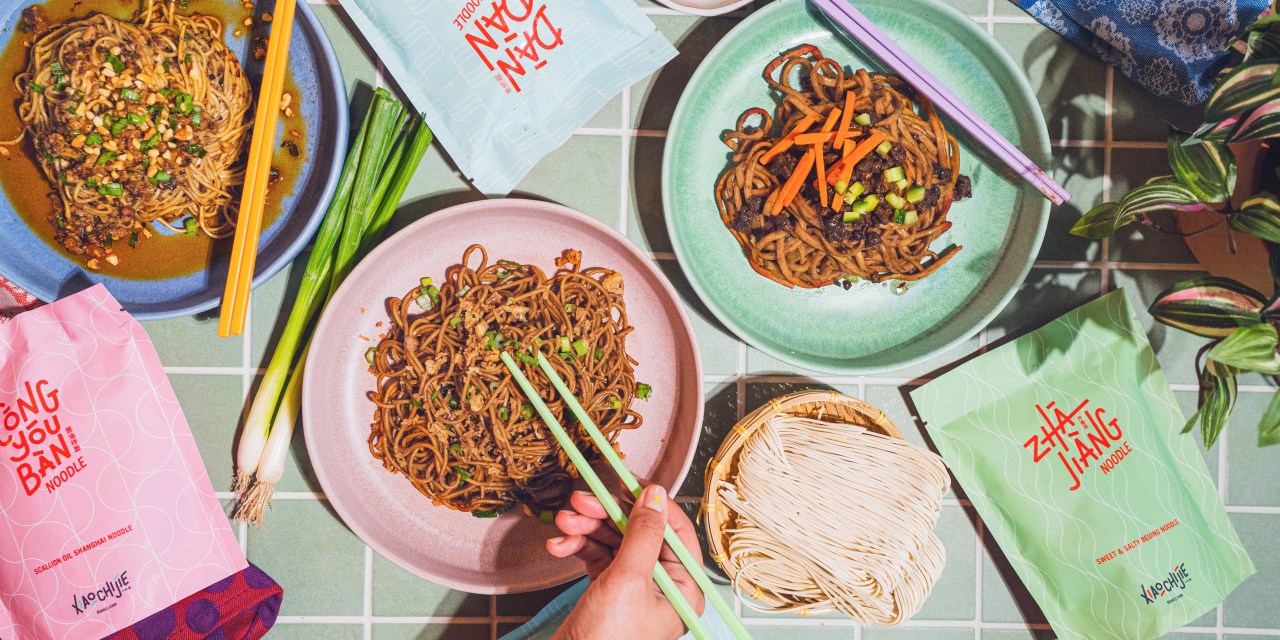 A crop of Asian food and beverage startups that emerged during the pandemic continue to attract new venture capital funding and retail partnerships, catapulting the category into one of the top-growing within the CPG world.

This group includes brands like Fly by Jing, Omsom, Sanzo and Immi, alongside newcomers like Japanese condiment brand Cabi. Most recently, frozen dumpling and noodle brand Xiao Chi Jie (XCJ) raised $10 million in Series A funding in October. The round was led by Imaginary Ventures, actor Simu Liu, Goldhouse Ventures, and Hyphen Capital. Other founders, like Jason Wang from Caviar, Magic Spoon’s Gabi Lewis and Katrina Lake of Stitch Fix, also participated in the series.

With the U.S. market cap of Asian foods continuously growing, retailers are looking to these brands to stay more relevant to their shoppers’ current tastes. Not only are these startups getting into big box retailers earlier than ever before, they’re also raising tens of millions from venture capitalists.

The ethnic food category, which includes Asian and Southeast Asian cuisines, is set to hit $98.06 billion by 2028 — up from $49.27 billion in 2021 — according to a Fortune Business Insights report. The upward trend is mainly fueled by the growing Asian-American population, currently at 22 million, along with Americans’ overall evolving tastes and growing appetite for Asian flavors. A similar trend is currently growing within online grocery, where e-commerce players catering to this audience continue to attract funding.

Attracting investors at a time of slow activity

For a number of Asian food brand founders, demand for their products continues to grow despite an overall slowdown in grocery after the boom at the height of the pandemic. Earlier this year, Asian-inspired sparkling water brand Sanzo raised a $10 million series A round to grow internal operations in order to fulfill retail demand.

Coinciding with the online grocery boom, many of these startups were able to build a large DTC and social media following during the pandemic. Fly by Jing, which sells chili crisp and other Chinese condiments, was the subject of a New York Times article about how to jazz up your quarantine cooking. That resulted in Fly by Jing selling three months worth of stock in three days. Today, Fly by Jing has over 110,000 followers on Instagram, and now sells its products through thousands of retailers including mass-market giants like Target and Costco.

Seattle-based XCJ’s following similarly took off during the pandemic, it pivoted from being a fast-casual restaurant to accumulating thousands of subscribers for its handmade Xiaolongbao, or frozen soup dumplings. The startup also ships Chinese BBQ skewers, and in October debuted a frozen noodle kit in collaboration with Impossible Foods.

In 2022, the company experienced a 300% year-over-year growth through its vertically-integrated DTC channel. XCJ co-founder Caleb Wang told Modern Retail that the fresh funding round comes at a time when XCJ is moving from an online-only brand, and striking deals with retailers. “More and more, retailers and shoppers are differentiating between different regional cuisines,” Wang added. “This creates an opportunity for specialized brands like ours — as opposed to just generic dishes.”

Commenting on the funding Imaginary Ventures partner Logan Langberg said the Asian food category is estimated to be $50 billion, making it attractive for venture capitalists despite a slowdown in other CPG funding this year. Langberg added that the category is still largely dominated by restaurants across North America and there is still a large grocery white space that Asian CPG brands can fill. According to a February 2022 Euromonitor report, Asian quick service food grew by over 135% over the last 25 years.

“When you break it down, it’s evident there is a powerful and accelerating consumer demand,” said Langberg.

A burgeoning category among retailers

Asian meal starter sauce Omsom, launched in May 2020, closed its last funding round in August. The undisclosed figure was led by venture capital firm Potluck, which specifically invests in AAPI founders. The funding also came at a time when Omsom was preparing to hit Whole Foods shelves this past summer. Omsom also officially launched on Amazon in October.

Omsom co-founder Kim Pham said the brand’s “loud and proud” branding has helped attract not only young direct-to-consumer shoppers, but also retail buyers looking to refresh their ethnic assortments. While some buyers feared that the brand’s suite of flavors may be “too niche” for the average cook, Pham said that assumption is proving to be wrong.

“Most of the products on the market were reductive approaches to our cuisines, making for stale remnants of the outdated ‘ethnic aisle,’” Pham explained. “It’s been incredible to see a whole new wave of entrepreneurs joining us in the fight to showcase that there is no singular way to bring these beloved flavors into your home.” The uncompromising approach has also informed Pham and co-founder Vanessa Pham’s take on fundraising. For example, the sisters have committed to a goal of having 50% of Omsom investors be either women, queer, or BIPOC folks.

Now, the next critical step for these brands to grow is to enter into into more retail doors. In the coming months, XCJ will make its physical retail debut at a grocery chain, Wang said. “We’ve already proved that we have leverage with thousands of online fans, where frozen [shipping] is logistically hard to do,” he said. “Now we want to bring these products to more mainstream consumers to buy on a regular basis.”

“Naturally, better for you and at-home options are a clear opportunity for innovation, and we’ve seen strong brands like Sanzo, Fly By Jing, Omsom and XCJ seize this opportunity,” Selva Ventures co-founder Kiva Dickinson, an investor in startups like Mid-Day Squares and Three Wishes explained. He added that mass retailers, including big-box stores, will play a key role in exposing these brands to a nationwide audience to help them grow beyond their digitally-native roots. “Interest from Walmart and Target suggests that we should all take note of the big market opportunity,” he said.