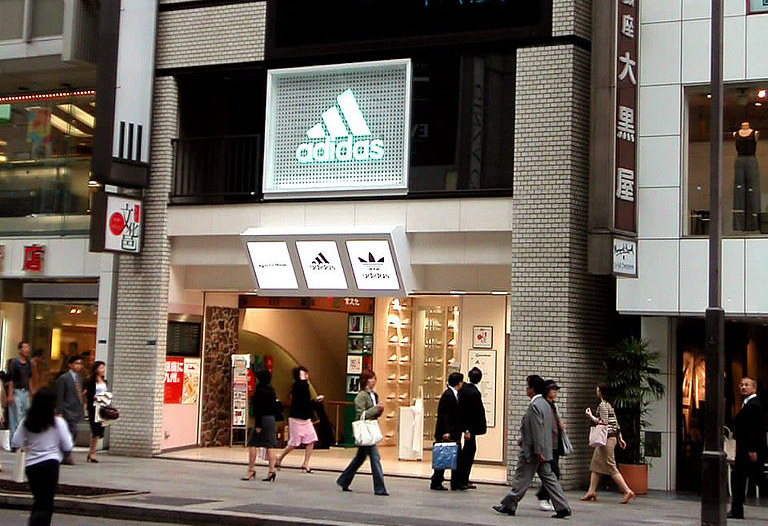 Adidas is tinkering with some new fungal shoes.

The company announced at the end of December that it would produce a pair of sneakers made partly from mycelium — most simply, the webbed part of a fungus. It’s one of the highest-profile successes in a growing effort to turn fungal materials into a staple of the retail world.

Mycelium has become a regular feature of the startup landscape over the last several years. It is, proponents say, a unique material: not only is it compostable and naturally abundant, but it’s also waterproof and heat resistant. New companies have begun using mycelium in buildings, in plant-based meats (like Prime Roots, a fungal bacon) and even in biodegradable coffins.

But much of the fungal hype has concentrated on the fashion industry. Last year, a number of major fashion brands — Lululemon, Adidas, Stella McCartney and Gucci’s parent company — announced they were investing “seven-figure sums” to produce clothes and shoes made out of mycelium fabric with a startup called Bolt Threads. Bolt Threads specializes in a mycelium-based leather it calls Mylo — and as the leather industry continues to slide, driven in part by concerns about sustainability and animal rights, startups are pitching fungi as an environmentally friendly replacement.

Adding to the rosy outlook are early cash infusions from major tech investors. Bolt Threads has raised roughly $213 million, and MycoWorks, which makes a rival mycelium-based leather, has banked $45 million from Silicon Valley investors and from celebrities like Natalie Portman and John Legend.

Questions abound
There is reason, though, to approach the hype with some skepticism. There is a vast chasm between upfront investment from the likes of Lululemon and fungal clothes actually being sold at retail. For now, a lot of mycelium fashion is pure experimentation. Adidas has said in previous interviews that it will roll out its mycelium shoes with a small initial run as a test to see how customers react to the product.

And while Adidas’ embrace of mycelium-based leather does give the futuristic fabric a new level of clout, a lot is still uncertain about the logistics of wearing and producing mycelium, said Eldy Lázaro, who studies design at the University of California Davis. For instance, it’s an open question as to exactly how long mycelium-based materials might last if they are, for example, worn every week. Lázaro said it is likely they’ll rival other materials in terms of durability, but “it’s going to take a little bit of time to say, okay, this material lasts two years — or four years — or maybe a little longer,” she said.

While startups are quick to note mycelium’s environmentally friendly credentials, exactly how sustainable mycelium is depends on your definition. Right now, growing mycelium requires building big facilities equipped with humidifiers and grow lights. The fungus has to be kept at high heat. “You’re consuming a lot of energy for growing the material,” said Lázaro, who noted that mycelium startups are still figuring out ways to cut down on their energy use. “From my side, I think to call something sustainable is not only about the final product but also the process, the manufacturing process, the growing process.”

Plus, the energy cost for a full mycelium-growing operation is significant enough that, at least in the short term, mycelium is likely to be more expensive than materials like leather. Adidas has already said its shoes will cost more than their non-fungal counterparts. But as production ramps up and becomes more efficient, Lázaro said prices will look rival those of leather. As costly as the humidifiers might be, said Lázaro, fungus is otherwise easy to grow. The industry won’t be spending money feeding and maintaining cattle for at least eighteen months.

A long way from mass distribution
It will be a while before mycelium has a significant presence in retail, if for no other reason than that supply chains don’t seem to be ready to handle an influx of mycelium production yet. “My main concern at this stage would be around the ability to scale up production to meet mass manufacturing needs,” said Tasha Lewis, a professor in the Department of Fiber Science & Apparel Design at Cornell University, noting that the number of facilities able to convert mycelium into a textile appears to be very small.

Mycelium clothes, if they do catch on, have the advantage of speed. Bolt Threads, the startup working fashion heavyweights, told the New York Times that it only takes eight to ten days to grow its material — orders of magnitude faster than regular leather, which requires multiple years of raising a cow. That, paired with the abundance of fungi, is why so many are optimistic about the future of mycelium. It is already making waves in the non-fashion sectors of retail, with IKEA partnering with the startup Ecovative Design to make biodegradable, fungal shipping boxes to reduce waste.

Lázaro said that she is confident that mycelium-based fabrics will be available in stores in the coming years. That doesn’t mean pants made from mycelium will become Lululemon’s top seller — but for those who want to seek out heatproof, waterproof clothing, mycelium is likely to be available. “I don’t think it will take more than five years to actually see these materials being used in the stores,” she said.