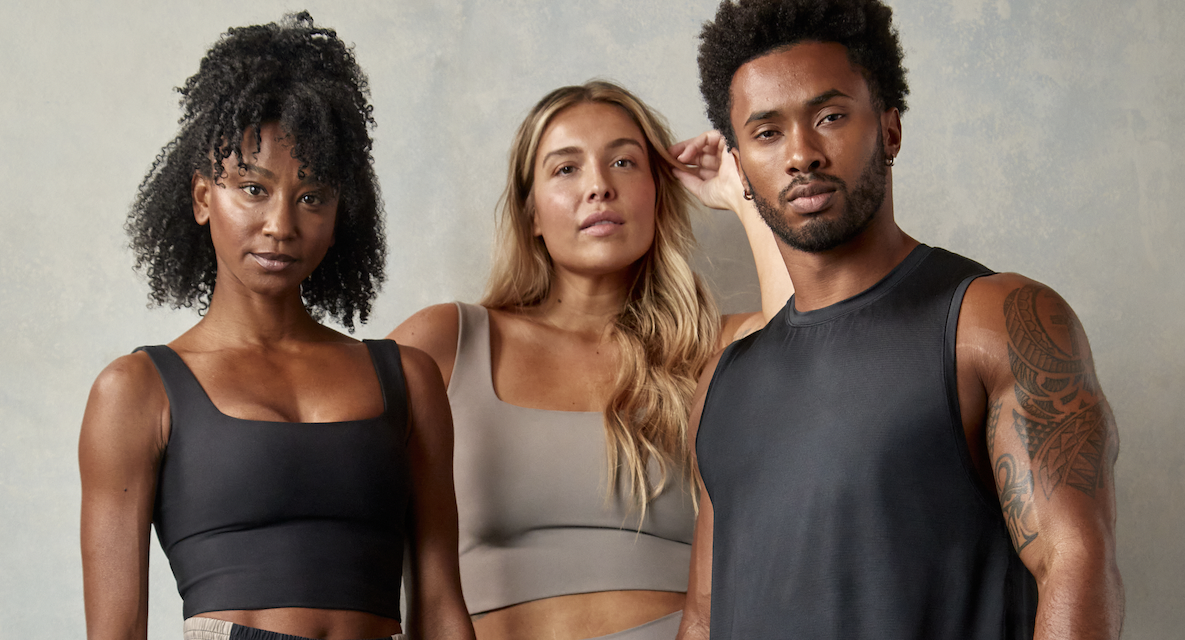 Even as people start working from the office again and going out more, fashion brands continue to bet on athleticwear to drive sales growth. In the last week and a half alone, apparel brands Abercrombie, Express’ UpWest and Revolve, all released their first in-house athletic collections. Also, last week, footwear brand Birdies unveiled its first lace-up sneakers.

These traditionally fashion-oriented brands are continuing to bet on high-performance fabrics and silhouettes after athleisure sales continued to grow in 2021. Last year, activewear apparel was up 37% in year-over-year sales, according to the NPD Group. Meanwhile, sport-leisure footwear like lifestyle sneakers captured over a third of all footwear revenue in 2021 and was the most popular shoe subcategory. Analysts interviewed by Modern Retail said that even as more formal styles recover, athleticwear and athleisure are becoming permanent fixtures in shoppers’ closets.

In turn, most apparel brands are all tasked with finding how they can integrate the category into their own identities and products.

On Wednesday, Abercrombie formally launched its new athletic sub-brand, YPB, after a soft launch of a few of the line’s styles earlier in the month. YPB stands for Your Personal Best, and the line’s first offerings include products like leggings, bike shorts, sports bras and gym bags.

According to Abercrombie’s global brand president Kristin Scott, the team had been working on YPB for 18 months after launching an athleisure sub-brand called 96 Hours in 2017.

Abercrombie’s svp of design and merchandising Corey Robinson added that the team was also seeing consumers search on-site for “activewear,” assuming or hoping the brand already stocked the category.

“As we got to know our young millennial customer… [it] was apparent that we weren’t yet outfitting this active part of their life,” said Scott. “There was a whitespace opportunity to develop true active and to do active in Abercrombie way.” The Abercrombie way, explained Scott, is a focus on quality and fashion alongside traditional athleticwear concerns like performance or fit.

“Active was an important part of their wardrobe no matter what, but fashion active was really what we heard from the customer that was something that we could offer… that they said they had a hard time finding,” added Robinson.

In the past, Birdies had focused on more formal footwear like velvet flats or tasseled loafers, but Birdies’ co-founder Marisa Sharkey said that sneakers have moved beyond sportswear into “something that pairs well with the fashion that women are wearing every day.”

The company’s new advertising campaign slogan, “What Are You Running?” plays on this idea. While the styles look like running shoes, the campaign has influencers discuss other things they are running like households, businesses or political movements in the shoes. Sharkey said that its the company’s “first integrated campaign across” across all of the company’s  marketing channels, and in its two stores.

Both Birdies and Abercrombie are following in the footsteps of many other fashion-focused apparel and footwear brands newly investing in athletic or athleisure collections this year.

And these announcements follow a year of similar activewear launches at other, previously non-active brands like intimates brand ThirdLove and luxury house Roland Mouret.

The NPD Group’s director of market insights Kristen Classi-Zummo explained that while the activewear market is more crowded than it used to be, it’s also much bigger.

“Pre-pandemic, we talked about [activewear and athleisure] being an oversaturated market,” said Classi-Zummo. “Now, I think it’s a different industry. Pre-pandemic, activewear might have been the cost of entering into her closet — now, having an active offering is the cost of staying in her closet. It has just become a staple in how we dress going forward.”

According to Beth Goldstein, an executive director of accessories and footwear at the NPD Group, “major athletic brands make up the majority of the sport leisure footwear sales.” However, more fashion-brands are quickly expanding their sneaker assortments, and putting forward athletic-inspired shoes in traditionally more fashion-focused subcategories like boots and sandals.

A similar dynamic is happening within apparel,  explained Classi-Zummo. “These buckets that we’re putting our wardrobe in are almost going to be meaningless… we’re gonna see these categories that can kind of play in all different spaces.”

In turn, brands are faced with the question of how to position their new athletic or athleisure assortments.

Birdies, for example, wanted to highlight the versatility of its new sneakers, and thus released the styles under the main Birdie brand with a marketing campaign speaking to athleisure values. Abercrombie, however, wanted to make sure its customers knew that its newest line wasn’t just about style, but also performance.

“It was really purposeful to not call the line Abercrombie Active, because that would have felt more like the 96 Hours [athleisure] product that we had done in the past,” said Abercrombie’s Scott. “And we wanted to make a clear distinction that this is different.”

Classi-Zummo believed either strategy could work for a brand, depending on their goals in the category. Moreover, she added that she predicted future growth in athleticwear in 2022 due to the category’s versatility. In an inflationary environment with “price increases across the board,” customers would rely on categories like athleisure that could be used in multiple occasions.

“Versatility is going to be key,” said Zummo. “What are the features and benefits you can give to [your customer] that will make her day easier and also more convenient?… I think that’s where we’re going to start to see the differentiation of brands, whether it’s style offerings, pattern offerings or just more personalized product features.”