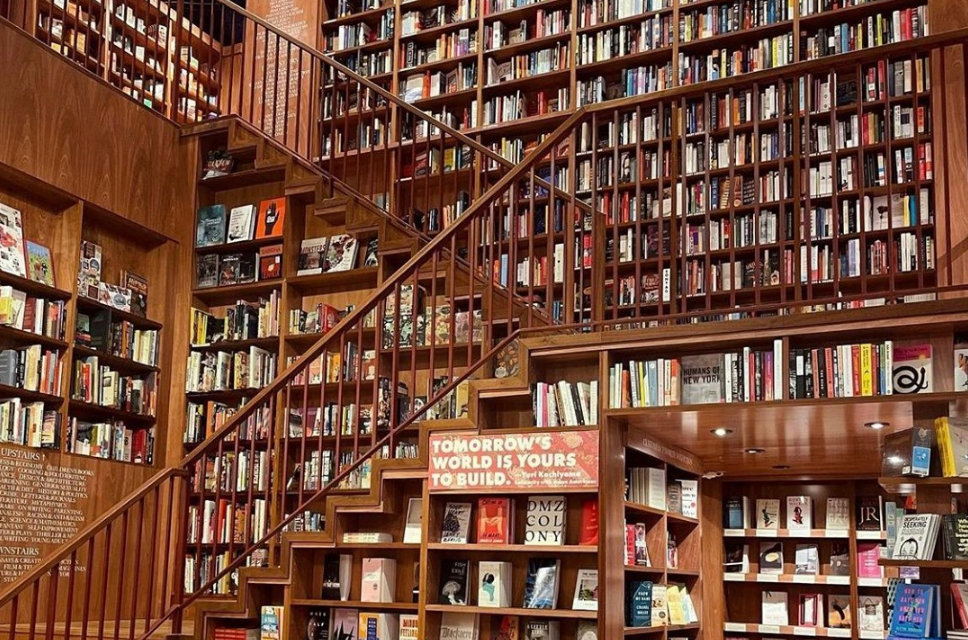 As supply chain issues continue to plague the retail sector, booksellers have become some of the most vocal voices online to warn of coming shortages this holiday season.

This past weekend, some authors took to Twitter to urge readers that, if they want copies of their books in time for the holiday season, they needed to place their orders now. Independent bookstores, too have told customers to plan ahead. “If you think you might need a book in this last chunk of the year, please consider ordering soon,” Washington, D.C.-based East City Bookshop posted on Twitter, citing tightening in the supply chain.

It isn’t just books: a complex combination of worker shortages, increased overseas shipping costs and raw material shortages have impacted companies ranging from Peloton to Ravensburger, a popular maker of jigsaw puzzles, said this week that it would halt all orders of its games for the foreseeable future. But book publishers are especially vulnerable because they order new book printings based on consumer demand, and to keep a popular title in stock, they depend on getting those new printings out to customers quickly. As the timelines for new printings are stretched further and further, publishers face the real possibility of running out of some books ahead of the holidays.

This year’s supply chain issues are “worse than we’ve seen in the past,” said Allison Hill, CEO of the American Booksellers Association, the trade group for independent booksellers.

Two of the major wholesalers of print books — Bookazine and Ingram — have already reached out to publishers, bookstores and other buyers, and warned of intense strain in their supply chain. “We are experiencing shipping delays from the majority of our vendors and do not see the problem being eliminated prior to the holiday season,” Cindy Raiton, president of sales at Bookazine, told the industry publication Publishers Weekly this month.

Few actual book shortages have hit yet. The concern, though, is that the situation could get worse quickly. In publishing, a few popular new releases tend to dominate each season, and it’s often difficult to forecast in advance exactly which books will see such explosive popularity. Often publishers will need to order second and third printings of those books when demand skyrockets. One fear is that, if a book takes off this season, publishers might not be able to get new copies to bookstores before the holidays — meaning that some of the most in-demand books might be missing from bookstore shelves during the holiday season.

Though in previous years publishers were able to rush out second printings in under a month, “the book that really takes off, it’ll be impossible for a publisher to reprint in a timely manner to meet demand before the holidays,” said Hill. There’s already some evidence that this is happening, at least for a few titles: according to one bookseller, a picture book called Negative Cat, which was published in August, has already sold through its first print run, and another isn’t expected until 2022.

‘We’re just not sure what’s going to happen’

In order to avoid delayed timelines, wholesalers are trying to buy up — and warehouse — far more books than they normally would. Bookazine told Publishers Weekly that its inventory is up 35% to 40% compared to this time last year. Meanwhile, publishers have already said they are prioritizing certain titles that they expect to have high demand in the coming months. Chronicle Books, for instance, has said it is putting its lead titles for the fall at the top of its docket, and de-prioritizing its reprint books, in case it isn’t able to print and ship all of them in time.

The risks of a shortage are much more intense this year than last year for a combination of reasons. On one hand, demand for books is way up, and publishers already need to print many more copies than they previously forecast. Print book sales in the first six months of 2021 jumped 18.5% compared to the same period last year, while sales from bookstores — versus from online platforms or big-box stores — were up a full 30%.

At the same time, worker shortages have radiated out across all aspects of the book industry. Bookstores, trucking firms and wholesalers are all struggling to hire enough people to meet demand, according to Hill. Factor in the skyrocketing cost of shipping containers, which ensure that books printed overseas can be ferried back to the U.S., and the end result is that book shipments are both slower and costlier for wholesalers.

“With supply levels in general, we’re just not sure what’s going to happen as we get closer to December,” said Hill. “That pent-up demand combined with the supply chain issues is what’s driving the concern.”

Right now for many publishers, the realities of the supply chain mean that book shipments are arriving much later than usual. Catherine Lundoff, the founder and publisher of the Minneapolis-based Queen of Swords Press, said that her books tend to arrive from wholesalers a week and a half to two weeks after she places an order, but she recently got a shipment that took three and a half weeks to arrive. “What’s going to happen is there is going to be a real lag time on getting print books between now and the end of the year,” Lundoff said.

Another fear is price hikes. As the cost of shipping books overseas continues to skyrocket, publishers might end up raising their prices. Lundoff said that IngramSpark — the print-on-demand arm of Ingram, one of the major book wholesalers — has already told customers that it will increase prices 6% in the aggregate in November. Lundoff said it’s possible she will have to raise the prices on some books — and cut some of the discounts she offers to bookstores — once those hikes happen.

For now, she said she is focusing on pre-orders. For her late fall and winter releases, she is trying to order as many books ahead of time as she can, before the price increases and the shipping delays hit. “We’re putting out a new title at the beginning of November, so we’re going to be hitting people pretty hard on, ‘pre-order now, pre-order now’ so we know how many books to get,” she said.