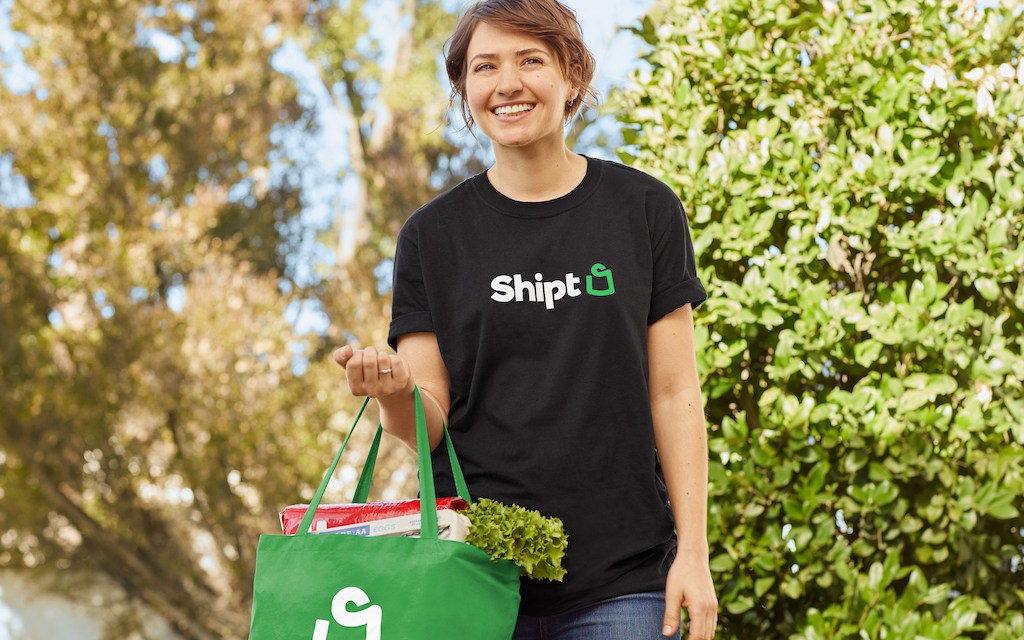 Working at delivery service Shipt used to be a normal wage-based job, one employee said, until the company changed how it paid its employees. In the blink of an eye, it suddenly became precarious gig work predicated on an opaque algorithm, according to Shipt shopper Willy Solis.

Last February, the Target-owned company implemented a more flexible structure, internally dubbed V2. Shipt described the new model as a system that better rewards effort put into each order. But Shipt shoppers, like Solis described the structure as built on a “black box algorithm,” which made take home pay hard to predict. In Solis’ estimation, the new system resulted in an overnight reduction in hourly wages by nearly 30%.

It was ultimately this change that led him — and other workers — to seek help from a growing organization representing thousands of gig workers around the world. Solis and other fellow shoppers turned to nonprofit group Gig Workers Collective in February for advice and work solidarity. Since joining forces with GWC, he and other shoppers started “The SHIpT list,” a private Facebook group that acts as a space to communicate and organize. It currently has nearly 3,000 members across the country.

In an emailed statement, a Shipt spokesperson pointed to newly-offered worker services, including financial relief when sick and access to personal protective equipment. When asked about the new payment schema, the spokesperson said the “spot bonus was Shipt’s way of demonstrating our immense appreciation for our shopper community during this difficult time.” The company recently brought on 100,000 new shoppers, which the spokesperson said is “to meet the spike in demand” ahead of the holiday season. “Throughout the pandemic, Shipt has worked to protect shoppers who are delivering groceries and essential goods to families across the country,” the spokesperson said.

In a follow-up message, the spokesperson said the new pay system is meant to better account the effort it takes to complete orders — factoring in data like peak shopping times, driving and numbers of items. “We also provide transparency to shoppers with each order – including a pay range with a guaranteed minimum pay for the shop, the delivery address, and a list of all the items being purchased – allowing them to choose whether or not they want to accept the order,” the spokes person said in an email. “We are continuing to listen to shopper feedback and have seen shopper pay remain stable throughout the transition.”

Now, a few months in, both SHIpT list members and GWC are hoping to make positive change for Shipt delivery employees. “The collaboration has been a tremendous boost for our efforts,” Solis said, adding that GWC brings to the table unique skill sets that helped Shipt workers formulate a strategy “in a quick and concise way.”

GWC’s mission is to help gig workers deal with work-related grievances, as well as offer general organizing support and guidance to workers. Increasingly, app employees are banding together advocating for better compensation, benefits and overall transparency. One of its pandemic wins was having four senators — including Elizabeth Warren — call for an FTC investigation into Instacart’s tipping process. (It produced results: the company then began deactivating accounts of customers who “tip bait,” as in change their final tip amount, after an order is completed.)

For months, thousands of Shipt workers — including Solis — had been discussing their current work conditions on various non-official networks, and connecting with GWC helped them figure out the first step toward organizing. The timing seemed especially pertinent. Delivery services like Shipt and Instacart have seen enormous acceleration over the last year. Instacart’s valuation more than doubled, jumping to $17.7 billion, following a $200 round of funding this summer. Meanwhile, last quarter Shipt experienced a 278% year-over-year increase in revenue.

Despite the boost Shipt has received from customer demand this year, Solis pointed to an October report by MIT found that 40% of Shipt shoppers received a pay cut during the pandemic. Prior to Shipt’s new structure rollout, each shopper was paid a pre-set flat fee per order, similar to hourly wage employees. The new model, according to shoppers, is more in line with other delivery apps like Instacart or Postmates. (The Shipt spokesperson said that the study “appears to have been generated from a very small number of self-identified individuals.”)

The growing gig worker rights movement
Gig Worker Collective officially launched as a non-profit at the start of the pandemic. However, the movement has had a presence since at least 2016. The first step in bringing workers from several apps together was creating a private Facebook group, which was started by Instacart workers. This group, which still acts as a private database for members’ communications, has added representatives from several growing online services — including Lyft, Uber and Postmates.

According to Bain, over the years, GWC’s focus has been to put pressure on gig-based companies, and ultimately be recognized as formal employees. Individual wins, she said, are only beginning to happen. These include the official passage of upcoming legislation like the California Assembly Bill 5, known as AB5, which dictates that companies use a three-pronged test to prove workers are actually independent contractors and not employees. But the ultimate goal, Bain said, is to get proper recognition and official employment rights.

Still, the group has a new uphill battle, thanks to the recent passage of California’s Proposition 22. The bill “exempts app‑based transportation and delivery companies” from providing employees benefits. It’s considered a major win for the gig industry’s large players, and is very likely to act as a model for other states looking to create similar laws. What’s more, this month, Lyft launched a super PAC Illinoisans for Independent Work to support a similar bill that limits benefit offers to drivers in Illinois. According to public filings, the company already spent $1.2 million to cover mailing materials, media buying and parties for state legislators.

Laws like Proposition 22 are described by the companies like Uber and Instacart as ways to keep gig work flexible. However, Solis stressed that flexibility for shifts, which Shipt others tout, is more than just being able to log on at any given time. “As things stand, we don’t have the ability to work when we want,” he said of the “massive over-hiring” by Shipt and other companies.

Retail employees have a long history of union representation, but gig workers have yet to be afforded such protections. “We’re used to thinking about labor organizing between a single group of employees and an employer,” said Mary Gray, an MIT researcher and co-author of “Ghost Work,” a book about the gig economy’s labor practices. However, “due to employee misclassification, this type of negotiating doesn’t exist within the shared economy.”

Labor unionizing retail workers have historically been weak, especially when compared to industries like law enforcement or education. According to the Bureau of Labor Statistics, as of last year, only 4.1% of U.S. retail and wholesale workers considered themselves members of unions. This has been mainly due to retailers like Walmart and Trader Joe’s having successfully waged battles to suppress employees’ organizing efforts. And it wasn’t until this year that Target itself began facing regional unionizing by its warehouse workers; the Northeast group’s attempt to join the Laundry, Distribution and Food Services (LDFS) Joint Board is the first of its kind in the company’s history.

Given that no delivery app has a formal union just yet, working together presents a way to gain more collective power. “People are brokering these relationships to gain strength, especially because it’s tough to lobby a large corporation like Target,” Gray said. Many gig employees do work for multiple apps, she added, so it’s helpful to push for labor laws that cover them collectively.

Looking toward the future
Right now, Bain said that campaigns like Shipt’s is being helped by the average consumer likely becoming more familiar with delivery service apps. There’s been increased coverage of gig workers being utilized throughout the pandemic, she said, which has made more consumers aware of their precarious employment status. “We’re using this chance to capitalize on the fact that people care about us [essential workers] right now,” Bain said.

Hurdles still lie ahead. The recent Proposition 22 outcome was certainly disappointing. However, the group is “still dedicated to our cause and ready to continue our fight,” according to GWC. In a recent Medium post, the organization outlined the $200 million companies like Uber and Lyft spent on lobbying efforts, which almost certainly helped the bill’s passage.

Solis has a slightly more optimistic outlook. To him, Prop 22 is a “concession” by gig companies, in that they could not win on the misclassification issue in court. “Gig workers value flexibility,” he said of the ruling. “Voters in the backyard of gig companies sent a really strong message,” Solis continued, noting that nearly 60% of the electorate voted “no” on prop 22 in San Francisco and the Silicon Valley area. “It’s a real testament to the organizing efforts of gig workers in that area.”

For GWC, the focus is to continue educating the general public about the “misrepresentation strategy” that gig companies are using to get these laws passed. They’re also reaching out to legislators and regulators to work with them on future prevention of lobbying efforts.

Moving forward, it’s about proving that the movement is big and growing. “Shipt says we’re a minority of disgruntled workers among many happy shoppers,” Solis said. But recent momentum is giving him hope.

This story has been updated to add more comments from a Shipt spokesperson.