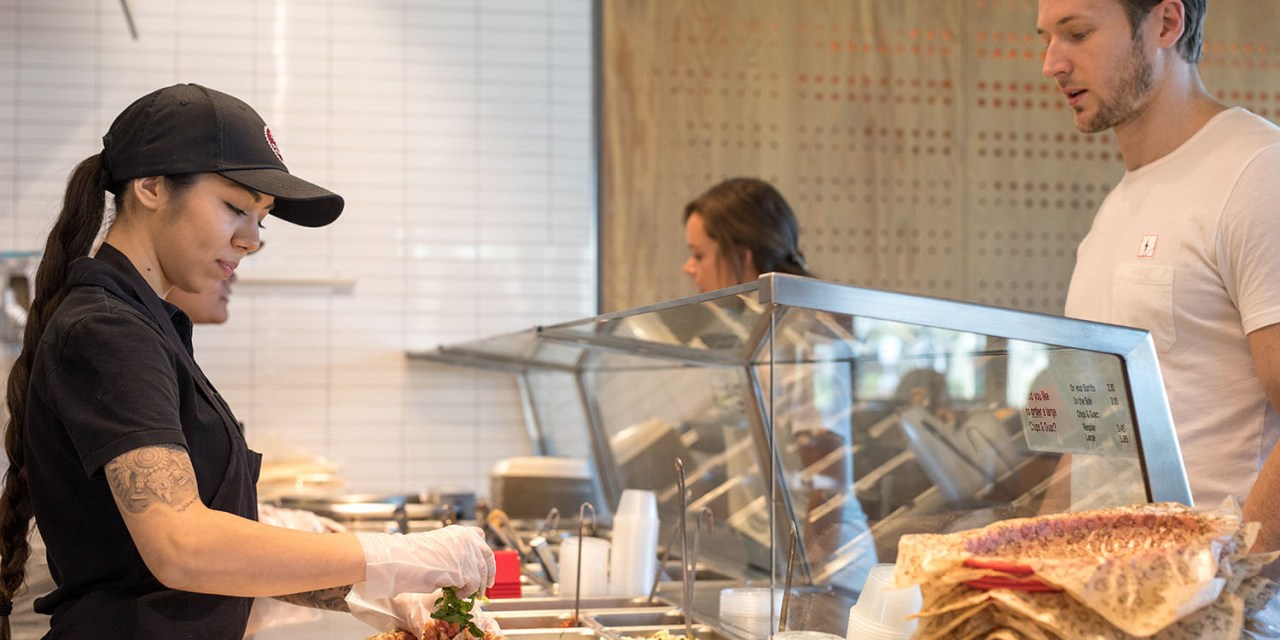 Last week, McDonald’s joined Chipotle in an increasing list of companies that are raising wages and offering other benefits like on-the-spot hiring to attract new employees amid a post-pandemic worker shortage in retail.

In 2020, more unemployment claims were filed than during the Great Recession, thanks in part to temporary and permanent store closures. Today, businesses are beginning to see sales return to pre-pandemic levels: Food and retail sales were up 36% and 26%, respectively, in the first quarter of 2021, compared to the same period the year prior, according to the U.S. Census Bureau. However, businesses like McDonalds and Chipotle are facing PR crises over workplace treatment and are struggling to find workers. To meet demand, businesses are raising wages, using on-the-spot-hiring and offering one-time bonuses to interest potential candidates.

In 2020, companies across industries like retail and fast food furloughed employees or cut workers’ hours, among other tactics, to cut costs during the pandemic. As the economy begins to pick up and stay-at-home restrictions loosen, employers want their workers back. One of the problems, said Enrique Lopezlira, director of the Low Wage Work Program at the UC Berkeley Labor Center, is simply the scale of pandemic unemployment.

“The pandemic has affected the economy as a whole, but it has had an adverse disparate impact on sectors that primarily employ low-wage workers … retail, hospitality, leisure,” said Lopezlira. “The pandemic caused huge decreases in employment all at once, and re-hiring all those workers is much harder than letting them go.”

Two companies attempting to rehire at large levels are Chipotle and McDonalds. Chipotle plans to open 200 restaurants this year and is attempting to hire 20,000 workers. McDonald’s plans to hire 10,000 people at its company-owned stores over the next three months. This mirrors a larger issue in the restaurant industry: Hudson Riehle, svp for research at the National Restaurant Association, told Today Food that 25% of restaurant operators view employee recruitment and retention as their top concern. Fast food restaurants like Subway and Dunkin’ Donuts report similarly high numbers of open positions.

In the longterm, Chipotle predicts continued worker needs. In an emailed statement to Modern Retail, Chipotle’s chief corporate affairs officer, Laurie Schalow, said the company has “2,800 restaurants today, and we plan to have 6,000 restaurants in the future.”

But shortly before Chipotle announced its hiring spree, a tweet went viral with a photo of a letter an alleged Chipotle employee posted outside of one of the company’s restaurants. It claimed that its employees were “overworked, understaffed, underpaid and under-appreciated.” Additionally, the company is facing a lawsuit from the City of New York alleging violations of the Fair Workweek law. Chipotle declined to comment on the recent social media outcry, but Schalow said this about the litigation:

“Chipotle makes it a practice to not comment on litigation and will not do so in this case except to say that it disagrees with the allegations and will vigorously defend itself. Chipotle remains committed to its workers and their right to a fair, just, and humane work environment that provides opportunities to all.”

Like Chipotle, fast food giant McDonald’s has also seen worker unrest. Some McDonald’s workers have threatened a strike on May 19, a day before the company’s planned shareholder meeting, if the company won’t raise minimum wage to $15 dollars.

Last week, both companies announced pay raises. Chipotle raised wages to an average of $15 an hour, with employees in different regions being paid $11-$18 an hour. In its press release on the new policy, the company also emphasized a path toward six-figure pay and management positions. McDonald’s announced an hourly range of $11-$17 for crew and $15-$20 for management for employees in company-owned restaurants. However, 95% of McDonald’s restaurants are franchised-owned, and thus not directly affected by the announcement. McDonald’s did not return Modern Retail’s request for additional comment on this announcement.

But the post-pandemic workforce shortage has affected companies in industries beyond fast food. The U.S. Chamber of Commerce and political pundits alike have suggested that these shortages are due to increased unemployment benefits disincentivizing a return-to-work. However, Treasury Secretary Janet Yellen cited numerous other factors in a May 7 White House Press Briefing. That included the higher burden of caregiving required during the pandemic (of both children and elders), particularly for women, which persists today throughout unclear school closings and openings, as well as continued Covid-19 health issues.

Perhaps recognizing this shift, companies have gotten creative with hiring practices. Amazon in a press release last week, stated that it is offering a $1,000 sign-on bonus, as well as an extra $100 bonus for those who are vaccinated. In February, Costco announced a $16 starting wage, up from its $15 pay announced two years prior. Marriot Vacations announced an $1,000 sign-on bonus at a recent hiring event. Ashley Furniture Company is recruiting soon-to-graduate high school students and training them in advance of graduation to bolster its workforce.

Some companies are even offering incentives during the interview process. A franchise-owned McDonald’s in Florida paid $50 to anyone who showed up for an interview, while Mobis North America, the builder of the Jeep Gladiator, is holding a speed interview event where the company plans to hire on the spot.

Alice Popple, consumer analyst at data analytics company GlobalData thinks other brands will be forced to follow suit with similar tactics, especially given a political push.

“As leading brands acknowledge the enhanced societal needs with employment and wages, it is likely for other organizations to follow suit and develop their employee benefit systems,” said Popple. “More organizations will increase their wages, particularly in countries where political forces urge them to do so.”

However, Lopezlira suggests that some companies’ short-term fixes, even wage increases, might not be enough to meet workers’ “reservation wage,” the minimum standard that workers will accept for any given role. That’s because the pandemic has lead many workers to re-evaluate what they need out of a job.

“The news we see about $1,000 bonuses and raising the wage $1-$2 an hour is great, but that doesn’t get to (a larger idea of) quality jobs,” said Lopezlira. “Wages that are sufficient to cover basic living expenses, working conditions that are safe, stable predictable work hours, basic benefits, health care, paid sick leave, vacation time… These are the things workers want. They want to be valued, (to) contribute and be seen as an asset, not as an expense to be minimized.”