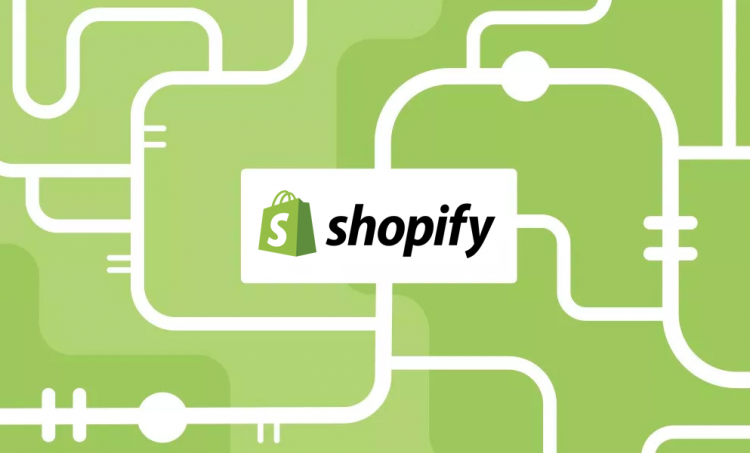 Shopify’s changes to its revenue-sharing model for apps are being hailed as a masterstroke destined to boost its software platform. Combined with a thriving investment marketplace for SaaS startups, developers are finding the incentives hard to resist.

This past year, Shopify made a big change to its terms for app developers. The e-commerce platform previously took a 20% cut on revenue generated annually by apps. Starting in August, it allowed developers to pocket 100% of the first $1 million they make on its platform, a benchmark that resets every year. For apps that exceed that threshold, Shopify reduced its take to 15% of “marginal” revenue. The impact was immediate, according to e-commerce software investor Humayun Rashid.

“I’ve had dozens of conversations with interested clients that want to work with us in building apps,” said Rashid, who is also the New York-based co-founder and CEO of Nessa, a product studio building software and apps for Shopify.

For years, Shopify has taken an Apple-like approach to its growth. While it provides the rudimentary tools a business needs to sell online, its app store was a way to create a more unified ecosystem that brought together merchants and developers alike. Vendors can download free and premium software that connects to their QuickBooks accounts, reminds customers to check abandoned shopping carts, shows remaining inventory on Amazon and adds WhatsApp buttons and Instagram feeds. On average, a merchant will use around six apps to run their business, according to Shopify.

Riding high after a year of unprecedented growth in online shopping, with close to 1.8 million merchants using its software, Shopify has ingrained itself within e-commerce. But, following the acceleration, Shopify’s app ecosystem started to languish.

Last year, 2,300 new apps sprung up on the platform, equalling the amount of new additions over the preceding three years combined. This year, however, Shopify’s app store has added 600 applications, bringing its total to roughly 6,600 apps built by roughly 5,700 developers, according to third-party database The Shopify App Store Index. For its part, Shopify has said that its app developer partners earned $233 million in 2020, more than 2018 and 2019 combined.

“Growing our ecosystem while maintaining developer and merchant trust is central to our work. That’s why we continue to improve and explore various solutions for effective curation and moderation of the Shopify App Store,” said a Shopify spokesperson in a written statement to Modern Retail.

Facing a slowdown in uploads, Shopify revealed its new business model for its app and theme stores at its Unite 2021 Conference this summer. Some developers and agency heads read Shopify’s decision to cut revenue share fees as a way to spur more people to launch Shopify apps.

‘The value of a Shopify app has increased by 20%’

The gamble paid off. The change, according to e-commerce professionals, ignited interest among new and smaller developers, who make up the majority of the app store.

“For those starting out in this industry, to get almost every single dollar from customers is huge,” said Mark William Lewis, founder and CTO of Netalico Commerce, an agency that specializes in e-commerce platforms like Shopify, Magento and BigCommerce.

“There are a number of new developers who were immediately interested in building their first Shopify app to take advantage of that first million dollars,” said Kelly Vaughn, founder and CEO of The Taproom, a Shopify Plus development agency based in Atlanta, Georgia.

It helps that building apps on Shopify is easier than ever, according to Rashid. “They have a ton of documentation, open APIs, they have developer support tools and they have an awesome community,” he said.

The change to the revenue-sharing model has impacted both sides of the Shopify software industry. Developers now have a larger financial impetus to create Shopify apps: “It gives them additional cash flow that they can reinvest in the business,” Rashid explained. While investors are now having to spend a premium to acquire e-commerce apps built on the Shopify platform.

Indeed, Shopify apps are becoming bigger targets for acquisitions. “The value of a Shopify app has increased by 20%,” said Andrew Gazdecki, CEO of MicroAcquire, a marketplace that connects startups with investors, including VCs, angels and entrepreneurs.

“We are seeing Shopify SaaS apps sell for six to eight times the trailing twelve months profit,” he said. MicroAcquire currently has 50 of these apps listed for sale, from businesses that generate four-figure to eight-figure annual revenue.

Investors are drawn to Shopify apps because they are relatively easy to manage, Gazdecki said. He added, “bugs are easy to fix and the analytics you need are there, plus they pull in money.” Gazdecki continued: “When you have an app that makes $1.2 million in annual recurring revenue with a $600,000 profit, that’s a nice business.”

Startups are engendering interest from all sides of MicroAcquire’s user base, including private equity buyers, other startups and established public companies. “We see a lot of rollups as well, so a company will acquire multiple companies to create one portfolio of a bunch of them,” Gazdecki noted.

Some of these trends began emerging before Shopify overhauled its app store monetary policies. The boom in online shopping during the pandemic had already created a VC gold rush for e-commerce software companies. According to Vaughn, institutional investors are taking notice of smaller, earlier-stage Shopify startups.

Already this year, apps originally built on Shopify have secured major investment rounds. In May, Klaviyo — an email and SMS marketing software platform — raised a $320 million Series D round, valuing it at $9.15 billion. That was followed by Loop Returns’ closing of a $65 million Series B financing round, announced in July, valuing it at $340 million.  The Columbus startup helps handle the process of returns for e-commerce retailers. Then, in August, Okendo, whose main product is a Shopify app that helps manage customer reviews, raised a $5.3 million seed round led by Index Ventures.

The increase in investment activity is prompting more lifestyle developers — those who run their apps full-time — to consider an exit. “A number of my friends have had exits, multi-million, eight-figure exits, purely from starting a Shopify app,” Vaughn said.

From an operational perspective, a byproduct of the recent growth in Shopify apps could force the company to invest more in moderation and curation.

Shopify partners and agency heads who spoke to Modern Retail said they had encountered clone apps, “sketchy” software designed to harvest merchants’ data by asking for a raft of permissions, and fake app reviews. Some said that there was a risk of over-saturation in popular categories of apps, including those that provide wishlists and product reviews.

When asked about these practices, the Shopify spokesperson pointed to the company’s terms of use and partner program agreement, which require developers to adhere to certain practices to protect customer and merchant data. “When a developer fails to meet our app standards — and cannot take the actions required to resolve the issue — our Partner Governance team will delist the app from the App Store and, in some cases, remove it from the platform,” the spokesperson said in a written statement.

When asked about fake reviews, the spokesperson wrote: “Pressuring customers to leave a positive review, generate fake reviews, or offer an award for leaving a review is explicitly forbidden in our Terms of Use and Partner Program Agreement.” They went on: “While we can’t specify the number of apps removed for review violations, we have recently invested in more automated methods to prevent and discourage poor quality or suspicious app reviews and support a more trusted App Store experience.”

Ultimately, the company’s strategy appears to be working. “More people are going to rely on Shopify to build their businesses, not just merchants but also developers,” Rashid said.

He continued: “Shopify is no longer a purely e-commerce platform. I think growth as a result is going to be exponential.”