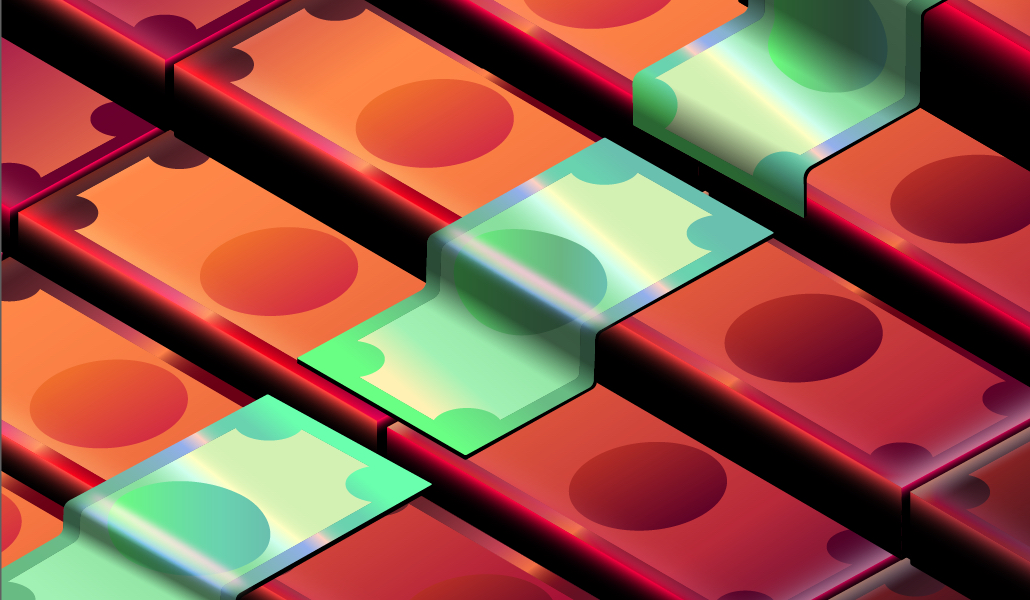 For Weezie, a company that sells monogrammed bath towels and bathrobes online, 2021 was a great year. According to co-founder Lindsey Johnson, the company was profitable and surpassed eight figures in annual revenue for the first time.

Still, this year, Weezie is considering taking on debt for the first time. That’s because Weezie — like nearly many other brands over the past two years — is spending more on inventory than ever before. And unlike other direct-to-consumer companies, Weezie doesn’t have a pool of venture capital to turn to; the company is bootstrapped, outside of a family and friends round it raised in 2019.

“We are a very working capital heavy business as many commerce businesses are,” Johnson said. “When you don’t have a ton of venture capital raised… the most expensive part of growth is buying inventory and having to buy it so far in advance.”

The past two years have been a boon for e-commerce companies — according to the U.S. Department of Commerce, online sales in the U.S. grew 14.2% between 2020 and 2021, and roughly double that the year before. But that success has brought a double-edged sword.

In order to meet the insatiable demand for online shopping, e-commerce brands have had to buy more inventory. And that’s gotten more complicated — and more expensive — over the past few years for a variety of reasons. Johnson, for example, said that freight costs are up anywhere from four to eight times compared to pre-pandemic. The cost of cotton, one of Weezie’s key materials, has doubled compared to 2020.

Johnson said that Weezie has tried to bear the brunt of these increased costs, but without outside funding, there’s only so many ways that Weezie can eat the costs of increased inventory. This is one reason why the company is considering taking on debt.

In order to get ahead of inventory costs, some of them have brought on a demand planner, and started more aggressively rate shopping with suppliers. Sometimes, staying in the black has depended upon finding a single credit card with a more generous payback period, or one manufacturer that will agree to negotiate net terms. And in some cases, when these creative solutions aren’t enough, turning to a traditional bank loan or alternative source of capital.

“It has gotten more expensive to make mistakes,” Johnson said.

Doing away with the ‘just in time’ model

Before the pandemic, inventory management wasn’t necessarily an afterthought for e-commerce startups, but it also wasn’t something they had to dedicate a lot of time and resources to.

When asked how his company conducted inventory forecasting before the pandemic, Greg Bastian, chief financial and chief operating officer and cleaning supplies startup Branch Basics admitted that “I had my own simple model, and a lot of it was in my head.”

Making money as an e-commerce company essentially boils down to: buy a bunch of product and sell it at a higher price than what you bought it at. But, there’s a risk if companies buy too much inventory, and they can’t sell all of it — particularly if the item is seasonal or perishable. At that point, they’ve already sunk money into procuring inventory.

Historically, many brands — particularly bootstrapped ones — have tried to operate as closely as possible to a “just in time model.” Popularized in the 1970s by Toyota, the idea is to eliminate waste in manufacturing by producing only exactly the amount customers need, right when they need it.

Most e-commerce brands don’t manufacture products right when customers need them. But, before the pandemic they might have only one or two months’ worth of inventory on hand. At that time, it didn’t pose a huge issue.

But, as countries around the world have struggled to stem Covid outbreaks, brands have been in the dark about when a factory of theirs might have to shut down for a couple of weeks. Increased rates of online shopping have led to traffic jams at the Los Angeles and Long Beach ports, upping the amount of time it takes to get product into the U.S. And, as the prices of raw material ranging from aluminum to cotton continue to skyrocket, locking in a better price ahead of time buying more inventory upfront increasingly outweighs the cost of buying too much inventory.

As a result, the just-in-time model is no longer feasible.

“People recognize the cost of being out of product far exceeds the cost of carrying more product,” Branch Basics CEO Tim Murphy said.

One of the biggest changes that bootstrapped brands have made to accommodate for the volatility in inventory is to simply buy more inventory ahead of time. Branch Basics now carries at least two months’ worth of inventory on hand. Wonder Monday, a year-old keto-friendly cheesecake brand, now carries anywhere from three to six months worth of inventory on hand. According to co-founder Jonathan Weinstein, the company made that decision after a container of allulose — one of its key ingredients — was stuck outside of the port of Los Angeles for nearly two months.

Some companies like Branch Basics and Weezie are also hiring demand planners to help them better forecast exactly how much inventory they’ll need, as what constitutes two or three months’ worth of inventory changes as the company grows. “We don’t have the option anymore of getting that wrong,” Johnson said. “Previously, if you predicted something, there were ways to course correct. Now you are having to make decisions really far in advance.”

In addition, companies are trying to find creative ways to save money with every supplier. Branch Basics now works with a packaging broker called Berlin, which helps companies compare rates across many different manufacturers and suppliers. When working with freight providers, Weezie “has gotten more aggressive in the way that we rate shopped,” Johnson said.

When those methods alone aren’t enough to fund inventory costs, some bootstrapped brands have looked to other methods. Branch Basics’ Bastian said that, at one point, the company was able to finance some purchases on a 60-day installment card. Negotiating net payment terms with manufacturers to extend the window in which invoices need to be pay also been key for other brands. “For us, we worked hard to negotiate net terms that are favorable for us, and establish relationships and buying patterns that other parties are comfortable with,” Wonder Monday co-founder Candace Wu said.

When all of these creative problem solving methods aren’t enough, some brands like Weezie have turned to debt or a traditional bank loan. Other alternative financing solutions have popped up in recent years like Clearco or Shopify’s Shop Capital – but none of the brands Modern Retail spoke with said that they have used these solutions.

So far, the inventory crunch hasn’t been disastrous for most bootstrapped direct-to-consumer brands, but it has limited their growth potential. Sean McGinnis, president of Utah-based Kuru Footwear, said his company has had to deprioritize making bigger investments in marketing channels like television and radio, in order to dedicate more money toward inventory. Johnson said that Weezie now operates on a selective pre-order model for some of its newer products, in order to better gauge customer demand before committing to a full buy.

“I feel that as of late, and probably in the near future, we are going to be leaving money on the table by buying it so tight and then really relying on our core business to drive growth,” Johnson said. Still, she said “you are not able to take as much risk when you are making [inventory] bets because it is more expensive to take risks now.”