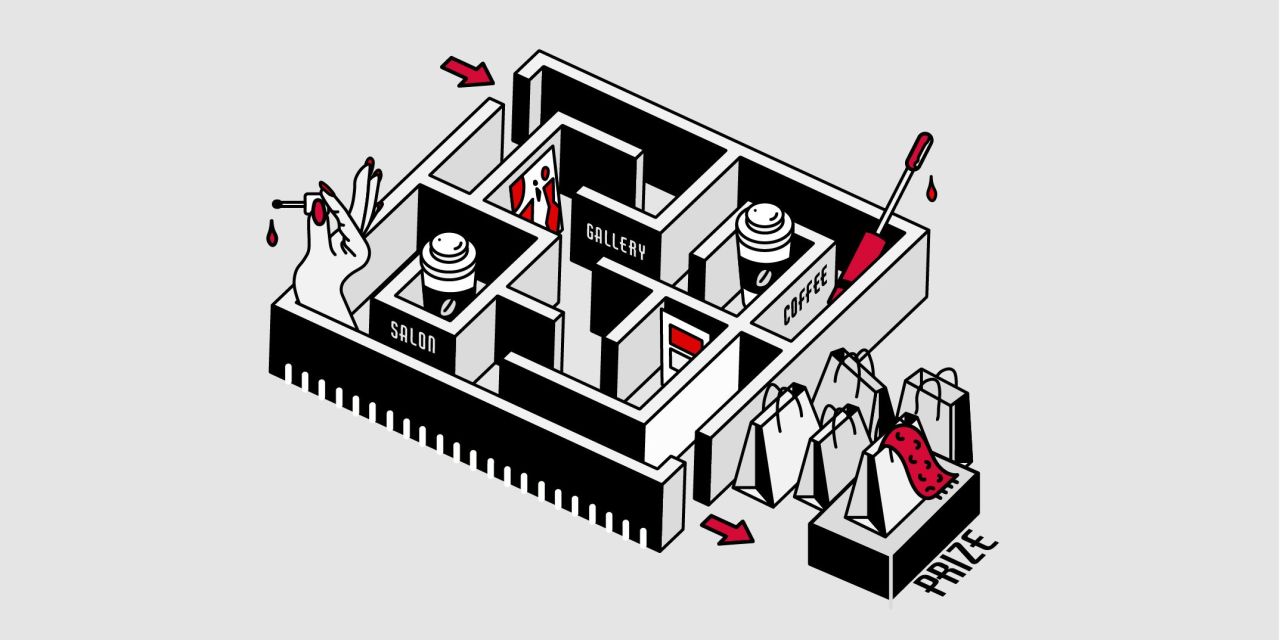 This story is part of Endgames, a Digiday Media editorial package focused on what’s next, what’s coming, and what’s being phased out in the industries we cover. Access the rest of our Endgames coverage  here; to read Glossy’s Engames coverage, click here; Digiday’s coverage is available here.

The first big change to the way retail workers did their jobs came in March.

In the wake of panic buying, store employees had to enforce purchasing limits on things that would have previously never been considered hot ticket items before — paper towels, hand sanitizer, cans of beans. When non-essential stores shut down, associates had to rush out to cars to fulfill curbside pickup orders. A month later, they had to become enforcers of social distancing and mask-wearing.

In 2020, retail workers could no longer just be salespeople. They also had to be safety officers, virtual stylists and shepherds of buy online, pickup in-store orders. For a too-short period of time they were called heroes — though many retail workers felt that was just lip service. “The job of the employee changed every single month,” said Dave Marcotte, senior vice president of cross-border retail at Kantar Consulting.

Retail workers were stretched unbearably thin during the coronavirus pandemic. Now, going into 2021, the question is what changes to their jobs will become permanent. Big-box retailer workers may not have to spend every single day rushing pickup orders out to cars, but they may be roped into assisting with that task more often as more shoppers permanently adopt that method of ordering. Virtual styling sessions will no longer be the way they can only get face-to-face time with a customer, but it may continue to be an option for loyalty program members. And, retailers will increasingly expect their store employees to assist with digital services as they craft new “omni-associate” roles.

“There’s a renewed focus on putting the labor where you need it when you need it there,” said Rebekah Kondrat, founder of consultancy Kondrat Retail.

The “everything worker”
Before the pandemic, particularly in big-box retail, there was a trend towards training retail workers to specialize in one particular area. Target, for example, as part of its “modernization” program in 2019, shifted to an employee training model where associates were trained to specialize in one department, whether that be in electronics or beauty, in the hopes that they could provide better customer service. Or, for retail workers who were tasked with fulfilling online orders, they often were only responsible for one part of the process — taping up boxes, or bringing orders out to cars — in order to fulfill those orders more quickly.

But in 2020, that playbook was thrown out the window, particularly at essential retailers whose stores were slammed. “If I had to compare it to anything, it would be like the worst holiday rush,” Brittney Legowski, an associate at Walmart, told Modern Retail in mid-March when asked what the work environment at her store was like. Before the pandemic, Legowski would typically only pick items from the floor for online grocery orders. But last spring, she also had to start bringing those orders out to cars as well.

Even retailers whose stores were shut down weren’t immune from having to reallocate labor. Some retailers, like Lululemon and Southern California activewear brand Vuori, temporarily reassigned retail workers to assist with customer service.

Even once non-essential retail stores were allowed to reopen, workers at those stores found their jobs had changed. Some retailers like Lululemon launched new services where customers could Zoom or Face Time with a store employee to get product and styling advice. As of June, Lululemon was averaging about 1,000 virtual appointments per week, according to Celeste Burgoyne, executive vp of Americas and global guest innovation at the sportswear brand.

As Kondrat put it, in 2020 retail workers became the “everything worker,” out of necessity. Either the stores they worked at were slammed, and they had to pitch in wherever needed. Or, their stores were ghost towns, and their employers could only afford to keep a few people on the floor at a time.

Enter: the omni-associate
As the vaccine starts to roll out, and traffic levels at stores start to return to pre-pandemic, “it will no longer be sustainable to have someone running from the front to the back of the store, and we’ll really have to separate the workforce again,” said Kondrat.

But some retailers have decided that it no longer makes sense for retail workers to just work in their stores. Vuori is one such example. After temporarily reassigning retail workers to assist with customer service at the beginning of the pandemic, Vuori decided to create a new role called the omni associate, the company’s senior director of retail Catherine Pike told Modern Retail in an email. Vuori has hired roughly 20 omni associates so far, who typically spend two days a week working in customer service, and three days working on the retail floor.

“We have found the role to be easy to recruit for, eager job seekers are excited to be part of two departments and see the potential for growth with an expanded skill set,” Pike said. She also said that Vuori now gives retail workers additional training about how the company’s other departments like product, marketing and creative operate, as the company realized during the pandemic how critical it was to give retail workers into other parts of the business.

Kondrat said she’s spoken with a few other companies who have discussed housing customer service operations in the same locations as their retail stores, or training retail store workers to be able to handle more customer service inquirers about the e-commerce website.

Going forward, retail workers will likely be trained in more services than ever before — even if they are not fulfilling online orders or handling customer service calls every single day. “There’s this realization that I can have a multi-faceted associate….if I am really smart about knowing my traffic patterns and knowing my store data,” said Kondrat.