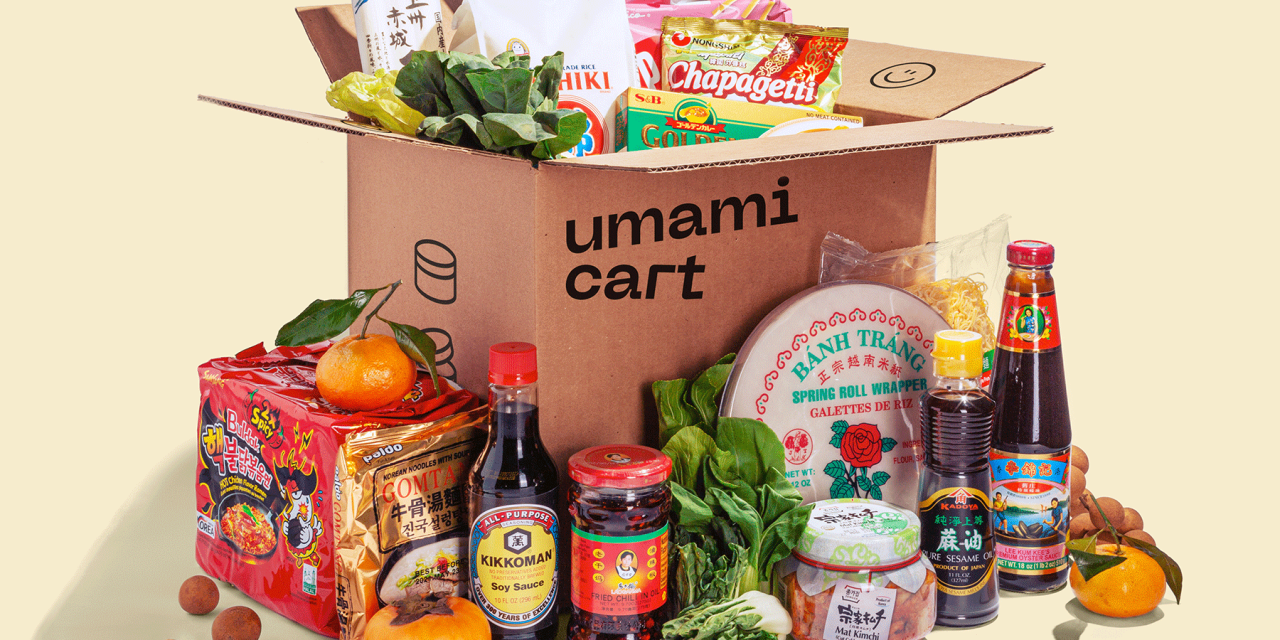 Asian e-commerce grocer Umamicart is betting on recipes to get people to fill up their online shopping carts.

Umamicart’s shoppable recipes have a particular focus on East Asian and Southeast Asian delicacies. Since its inception, the company has released 30 shoppable recipes on its site, including chow mein, mango sticky rice dessert and kimbap. Shoppers have the option to add all or just some of the recipe’s ingredients to their cart.

The company was launched in March 2021 as an online grocer offering Asian products. Early on, Umamicart began adopting a shoppable recipe strategy to drive sales and meet consumers’ needs. Now, over 50% of Umamicart’s sales come from its shoppable recipes — with some viral posts bringing in hundreds of thousands of views.

“What I found is people often wanted to make something that either they grew up eating or that some of their friends had shown them, and they didn’t know how to make it,” said Andrea Xu, co-founder and CEO. “They didn’t have access to those ingredients easily. It was very much a multi-step process.”

From fruits, condiments and snacks, Umamicart sells about 2,000 products on its website, which are currently available for delivery in over 12 states. Umamicart declined to share revenue figures, though it has raised $7 million in funding to date.

Many of Umamicart’s customers are millennials, not all of whom are ethnically Asian nor grew up with Asian cuisine as part of their diet. Xu said she sees an opportunity in providing shoppable recipes for this customer base.

Asian cuisine — including Korean, Chinese and Thai — has been growing in popularity across the U.S., especially among younger consumers. Many of these shoppers need guidance on what ingredients to buy and where, Xu said. Even customers of Asian descent can have vastly different shopping and cooking habits from their parents, she said.

“We’re always looking to create what we believe is the perfect fit for our specific customer,” Xu said. “Our customer is very different to, for example, how my parents which is an older generation shop. Our customer is very, very diverse.”

Its viral recipes can get over 400,000 page views. Some of Umamicart’s recipes that have gained traction include South East Asian dishes like pad kra pao and spicy laksa noodle soup. Xu said data from viral recipes help guide which recipes the company will release next.

After seeing positive responses to several Southeast Asian recipes, for instance, the company began formulating more dishes in this category. Umamicart also expanded into cookware, after receiving numerous questions about which tools to use to make certain dishes. The company plans to double its shoppable recipe offering within the next six months.

Now more than ever, consumers are more open to alternative ways to shop thanks to the pandemic, said Stephanie McHale, regional vice president, central at shopping rewards app Shopkick. Over 50% of consumers plan to shop for groceries both in-store and online in the future, according to an August report from Accenture.

“Coming out of Covid, it really introduced us to different ways of shopping because we were confined to our homes,” McHale said. “It allowed brands to really look for different ways to drive that product discovery when in-store browse time was limited.”

Several retailers have launched shoppable recipes of their own. Quicklly, an e-grocer that specializes in Indian staples, also offers shoppable recipes like mas lamb curry sauce and shahi paneer. Walmart, on the other hand, debuted a new hub for shoppable cooking videos in February last year, dubbed Walmart Cookshop.

“Retailers are looking for ways to pull people in. They can monetize audiences when those audiences are on their own and operated properties,” said Molly McFarland, co-founder and chief revenue officer of mobile advertising company AdAdapted. “Recipes are a good way to do that.”

Other retailers have inked partnerships with publishers for their shoppable recipe strategy. For Instance, grocery delivery and pick-up firm Instacart has unveiled shoppable recipes in March through strategic integrations on various platforms, including Hearst Magazines properties like Delish and Good Housekeeping. Publishers are a more common avenue for consumers to discover recipes, McFarland said.

All Umamicart employees pitch in to experiment and develop each recipe, Xu said. Once the team identifies a recipe that they believe their customers would be interested in, they then test out different ways to make the dish. “It’s one of the team bonding activities,” Xu said.

The company posts new recipes on a weekly basis. But apart from growing its roster of shoppable recipes, Umamicart also plans to expand its catalog into more non-food categories.

“What we realize is even our very, very simple version [of the recipe] was something that brought people a lot of joy,” Xu said. “Taking a step back. I think what we look to achieve is really to meet our exact customer where they want to be met.”