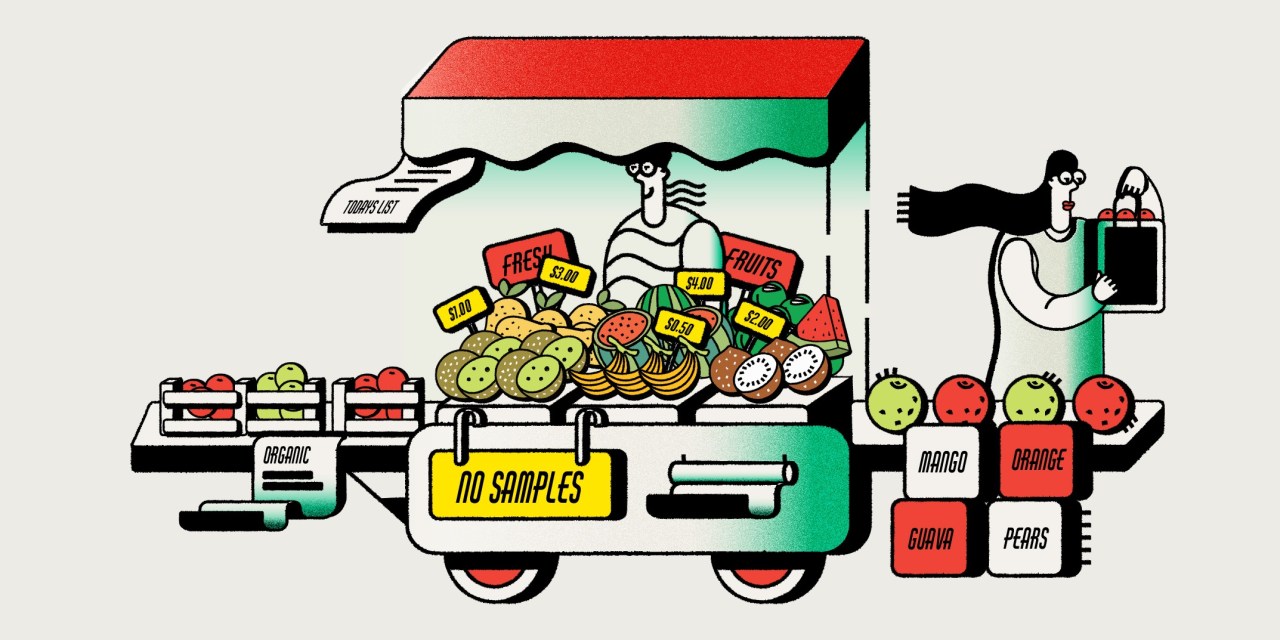 In-store samples have been one of the last features to return to the retail experience. This was largely due to logistical challenges, such as on-premise portion preparation and having mask-less customers eating on the sales floor. But with the warming weather and vaccination rates up, some brands are ready to bring back these perks, which are often credited with driving in-store sales.

In recent weeks, for example, Costco — known for its food samples — became the first major retail chain to announce the return of the freebies. And this month, competitor Sam’s Club also announced the return of its in-store demo and sampling program.

For many brands, especially startups, sampling is an integral part of their marketing scheme. At the height of the pandemic, CPG companies got creative with it; Some inserted free products into delivery orders, others even formed service partnerships. Examples included new brands like Tache offering free samples of its new non-dairy milk via coffee shop orders and frozen food brand Strong Roots partnering with regional ghost kitchens. Now, food and beverage brands are beginning to have a new, updated post-pandemic sampling strategy.

Benjamin Witte, co-founder and CEO of CBD beverage brand Recess, said that the company is officially hiring back its field marketing team in markets around the country. These teams will focus on specifically sampling in parks and at the beach this summer. This month, the field team will also be handing out drink cans with the brand’s new print zine throughout New York City. “They’ll be utilizing bikes during a weekend long pop-up in New York’s Nolita neighborhood,” he said,

The company is also working with other brands to distribute samples, Witte said, which include an upcoming collaboration with J.Crew stores.

This month, beverage brand Swoon is also bringing back samples to push its new peach iced tea flavor, co-founder Jennifer Ross told Modern Retail. The company is looking outside of the typical retailers, which include Whole Foods and Stop & Shop, to distribute the new flavor.

The campaign kicked off on June 3 inside New York City’s Three Owls Market, a specialty deli and grocery shop, where the team handed out full cans to customers. According to Ross, people likely feel more comfortable with a closed can they can take away, as opposed to a cup pour. The customers also received a peach and a coupon to then enter the retailer and purchase the product.

Swoon gave out 150 full sized cans during Three Owls’ lunchtime rush hour. “It was a great testament to how helpful it is to get liquid on lips,” said Ross, adding that first-time customers gave instant feedback about the flavor and whether they’d rebuy. “Human touch is always important, especially in being able to personalize the experience,” said Ross. “We used the catchphrase ‘It’s sugar free and free free.’”

Throughout the summer, Swoon will continue sampling its line of drinks in public spaces like New York’s Union Square and the Hudson River Park, where the company will utilize QR codes to funnel customers into the brand’s SMS system. It is also beginning to work with gyms and fitness companies to test out in-studio sampling.

Some brands are using traveling trucks to distribute samples outdoors. Throughout June, Godiva’s pink truck made its way around New York City to give out chocolate samples. According to a company spokesperson, the campaign is in honor of the company’s 95th anniversary, with the truck tradition dating back to its Belgian roots. Similarly, this summer ice cream brand Eclipse will launch a cross-country ice cream truck campaign.

Superbloom, a private skincare brand by Grove Collaborative, has taken the mini route to offering sampling. The high-end brand, which launched in January, is sold exclusively online. As a result, the company has been trying to figure out new ways to get customers to try its products during the pandemic, said Luana Bumachar, vp of owned bands & innovation at Grove Collaborative. Over the last few months, Superbloom began releasing smaller versions of the full sized products, which include cleansers, serums and moisturizers. The mini formats contain half the product amount as the full size; for example, the half-ounce moisturizer costs $17 while the full size retails for $34.

“Minis now make up about 40% of the entire collection,” said Bumachar. These, she explained, helped Grove customers trial products for weeks before over committing to a full size regime. Since the brand’s late January launch, mini products have driven 28% of total unit sales.

“The mini format helps remove barriers, and we’re seeing that many customers are coming back to purchase the full size,” Bumachar said, adding that going forward, Grove will be releasing mini sizes for more of its in-house lines.

Similarly, DTC nutritional bites brand Gem has been ramping up its mini formats to give new customers the option to try before committing. “We’ve always offered bite bundles to help new customers decide what product to order,” said CEO Sarah Cullen. With online trials, it can be difficult to convert new customers to monthly subscriptions before tasting and feeling the effect of the snacks, she said.

That’s where trial sizes come in. “We’ve had a high conversion rate from selling minis since we introduced them last year,” Cullen said. The format’s success has prompted the company to work on applying flexible bundles to the full line by the end of the year, along with free “surprise and delight” add-ons for existing customers. “We’re also looking to sell our trial packs at our retailers, which come at a lower price point,” she said.

While samples are gradually returning, the traditional in-store testing method has been slower to come back. Cereal brand Three Wishes recently began to see Costco starting to sample in 170-plus stores, with Whole Foods Market encouraging it as well. According to a company spokesperson, many customers are still hesitant to linger, remove masks to eat and stick around to chat about the product while eating. However, single-pack grab and go samples have become more popular among the retailers’ shoppers in recent weeks.

Christine Smith, director of client success at Sampler, which works with CPG brands like L’Oréal and Nestle on product sampling, said that pre-packaging samples makes sense for the time being. “We’re not on-the-go eating and drinking like we used to,” Smith said. “Many consumers want to make sure all hands are clean, the package is clean and that they’re in a trusted environment before consuming anything.”

She pointed to the latest Sampler’s research, which shows that 46% of consumers no longer feel comfortable with traditional sampling — which includes food and drink stands where a host is cooking or putting samples together in real-time. This is also why digital sampling strategies are becoming more popular among brands, especially in the DTC space.

“Consumers crave the kind of physical experience that sampling provides,” Smith concluded. “But they need it on their terms.”