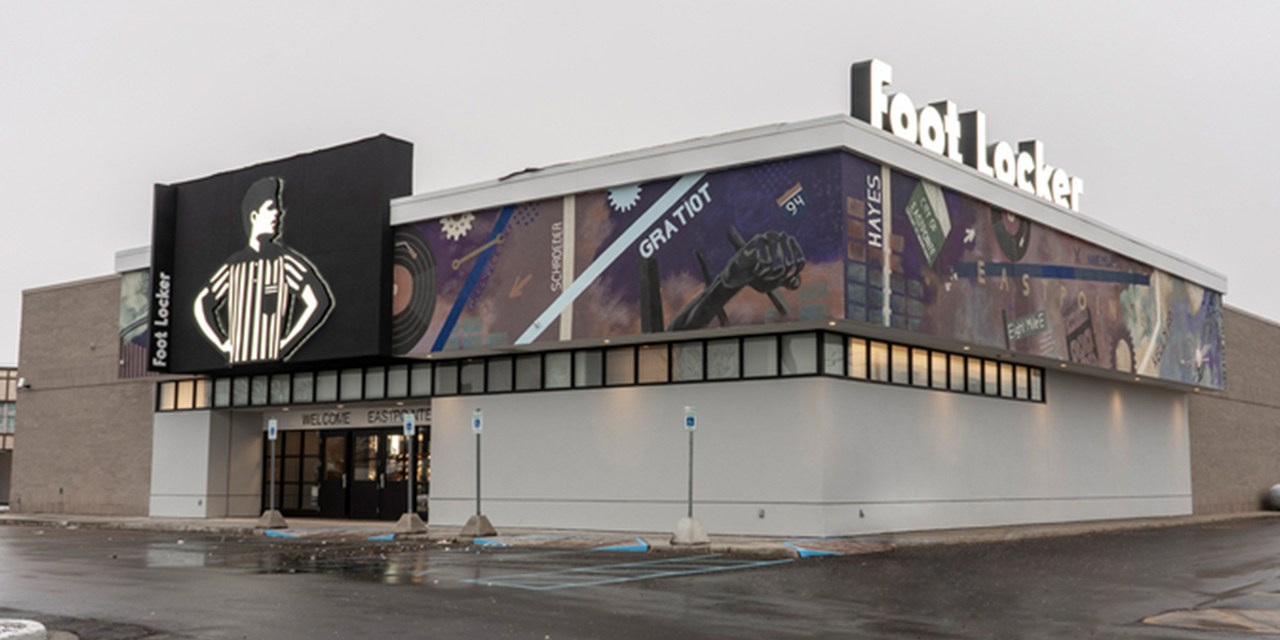 Foot Locker isn’t letting the death of the mall brand seal its fate.

To turn around slipping sales, Foot Locker has made investments in moving product more quickly and devised a way to drive online customer in stores, and vice versa. The retailer has also generated a lot of buzz over the past year for its investments in digitally native consumer startups, including a $100 million investment in sneaker resale platform GOAT, $12.5 million in children’s apparel company Rockets of Awesome, a $3 million investment in children’s footwear brand SuperHeroic, and a $2 million investment in Pensole Footwear Design Academy. Foot Locker also invested $15 million last year in women’s activewear company Carbon38 and announced on Friday that it was so confident in the brand that it had invested an additional $10 million into it at the start of the year.

These investments are meant to give Foot Locker more data into what consumers are buying through other channels, and gives the retailer apparel brands whose inventory flow it has more control over.

As a result, Foot Locker has avoided what other mall brands have faced, from declining relevancy to bankruptcy filings. It’s proven itself willing to work strategically with DTC companies — a new phase that has put it in the same conversations as the likes of Walmart and Target — and has several channels that it can turn to for insights into what digitally native consumers are looking for in footwear and apparel.

“[Foot Locker] realized the world has changed,” Christopher Svezia, a footwear and apparel analyst for Wedbush Securities, said. “They want to know more about what the consumer likes, and knowing what trends change very quickly.”

During the company’s fourth-quarter earnings on Friday for 2018, Foot Locker announced that comparable store sales in the fourth quarter increased 9.7 percent. Last year, they decreased by 3.7 percent. Foot Locker also hit a record total for annual sales in 2018 with $7.9 billion. On the earnings call with investors, Foot Locker CEO Richard Johnson pointed to August 2017 as the time when the retailer realized “we need to change the way we did business. We started the evaluation process both in internal and in external view of capabilities we might be lacking.”

Foot Locker makes most of its money through the sales of sneakers and apparel from other major brands — most notably Nike, which accounts for about 70 percent of Foot Locker’s product. In 2017, Nike sales fell in the U.S., while Adidas rose in popularity. Foot Locker wasn’t able to foresee the downturn in Nike’s popularity, and as a result, sales took a hit.

Over the past year, Foot Locker has cleared out inventory by continuing to close stores, and by recognizing, as Johnson said during the company’s first-quarter earnings call this year, that “the peak of product receptivity of our customers is much, much faster from the old days of seed to scale.”

In terms of the in-store experience, Foot Locker this year added “Nike Pro Athlete” employees to its stores — employees who are trained specifically on Nike equipment who can help push Foot Locker’s most popular products.

Foot Locker is also experimenting more with what it calls “off mall” retail spaces as it closes more stores in malls. One example is its new “Power Stores,” which are meant to serve as more of an event space, and a “hub for local sneaker culture, art, music and sports.” Foot Locker plans to launch more than a dozen of these stores in 2019.

Matt Powell,  a sports industry analyst for NPD Group, says Foot Locker has also improved this year in blending its digital and in-store experiences, by pushing more customers to order online but pick up their orders in store. Foot Locker also redesigned the mobile apps for many of its stores, including Kids Foot Locker and Lady Foot Locker.

This year, Foot Locker also redesigned its loyalty program so that members can redeem credit at any of the stores under the Foot Locker brand — which includes Kids Foot Locker, Champs and Eastbay.

Nike still accounts for the majority of Foot Locker’s inventory, so if Nike experiences another downturn in popularity, Foot Locker may find itself in a similar position that it was a year ago, which may explain why Foot Locker made so many investments this year in apparel and footwear startups.

Apparel, and specifically children’s apparel has been one of the retailer’s fastest-growing categories for the past several quarters, which is where Foot Locker’s investment in Rockets of Awesome and Carbon38 may give it an advantage. The investment in GOAT can also help give Foot Locker more insight into how long certain types of sneakers remain popular in the resale market.

“I think the idea here is that the traditional label of retailer vs. brand is gone. Nobody is one or the other today, and so a great retailer has to have good brands they control,” Powell said.