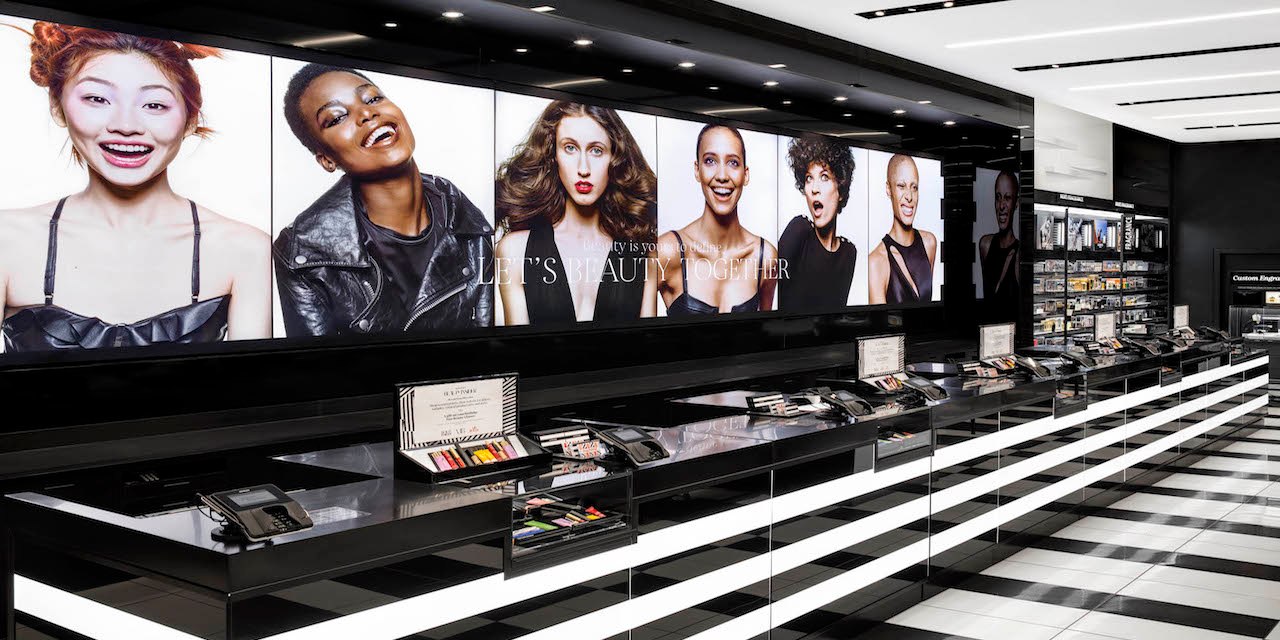 Over the past several weeks, retailers have been called upon to improve diversity and inclusion in every aspect of their business — from hiring to marketing.

Now, the focus is shifting to how retailers can better diversify the products they carry on their shelves. At the end of May, Aurora James, founder of Brooklyn accessory brand Brother Vellies, launched the 15% Pledge, calling on retailers to up the amount of shelf space dedicated to products from Black-owned businesses to 15%.

Last week, the movement scored its most significant win to-date when Sephora announced that it would sign the pledge. Currently, just nine of the more than 290 brands Sephora sells are Black-owned.

“Ultimately, this commitment is about more than the prestige products on our shelves,” Artemis Patrick, the chief merchandising officer of Sephora told the New York Times. “It starts with a long-term plan diversifying our supply chain and building a system that creates a better platform for Black-owned brands to grow, while ensuring Black voices help shape our industry. We recognize we can do better.”

Here’s everything you need to know the 15% Pledge, and how retailers can do a better job of diversifying the brands they carry.

What is the purpose of the pledge?
James told the New York Times that as companies started issuing statements on social media in solidarity with Black Americans, she felt like it wasn’t enough. So she came up with the 15% Pledge, which she felt was a more tangible way that major retailers could support Black business owners. Modern Retail reached out to James for an interview, but didn’t hear back by press time. She decided on 15%, because Black people in the U.S. make up nearly 15% of the population.

“This pledge is not prescriptive, because we understand that each business, each milestone, each change, is unique, and especially in the shadow of covid-19, it is not realistic to assume that change can happen in full overnight,” reads an FAQ section on the 15% Pledge’s website. But, the movement also challenges brands to “make bold changes as quickly as possible, and set near term milestones and benchmarks against which to measure meaningful steps towards the ultimate goal.”

What companies have signed on?
Sephora signed on to the 15% Pledge on Wednesday, followed by Rent the Runway on Thursday. On Instagram, Rent the Runway posted goals to improve the Black representation among the model talent, designers, and influencers it works with, as well as within other parts of its business, by the end of 2021. Right now, the company said that 13% of the influencers it works with are Black, and it is working to bump that number to 20% by 2021. Similarly it hopes to increase the number of Black designers it works with to 5%, up from 1.5% currently, during that same time period.

James has also called upon Target, Whole Foods, and Shopbop to join the 15% Pledge, but as of press time, none have publicly signed on.

How should retailers go about executing the 15% Pledge?
Experts say that, as in many other aspects of retail, companies often rely on their personal networks when selecting which brands to put on store shelves.

“It would be really interesting for a company like Sephora, to look at the composition even of the merchandising and buying team,” said Richie Siegel, founder and lead analyst at retail consultancy Loose Threads. He noted that one of the first steps retailers can take to better diversify products they carry on store shelves is to improve representation among the teams responsible for making that decision.

Between different industries — like beauty, fashion and consumer packaged goods — how merchandising teams select which products go on shelves can vary slightly. For example, in the CPG space, one of the most popular way for new brands to get in front of buying teams at major grocery stores is through trade shows, according to Karen Howland, managing director at CircleUp. CircleUp is a fintech company that offers both equity and loan financing, and works primarily with CPG startups. Howland said that 50% of the founders that CircleUp has backed are women or people of color.

But trade shows can be expensive. As Modern Retail previously reported, some one-year-old companies will spend $15,000 to $20,000 on their displays at Natural Products Expo West, one of the largest trade shows for CPG brands in the U.S. And, Howland said, the lack of representation on buying teams can also be a problem in the CPG space.

“There are a lot of unconscious biases people have,” Howland said. “They look for brands that they are used to, or products they are personally familiar with, or brands that look like ones that they already carry on their shelves.”

Additionally, Howland said that getting on shelf space is often only half the battle for under-repesented founders. She also called upon retailers to give more marketing support to companies whose products they are carrying for the first time, like giving them promotion on end cap displays, promoting them in their weekly circulars, and encouraging customers to demo the products in-store.

“There are a lot of companies and a lot of brands that make it to the shelves of retailers, but then don’t get the retailers’ support,” she said. “So they will sit on the shelf for a year, won’t get the returns, and ultimately will get cut.”