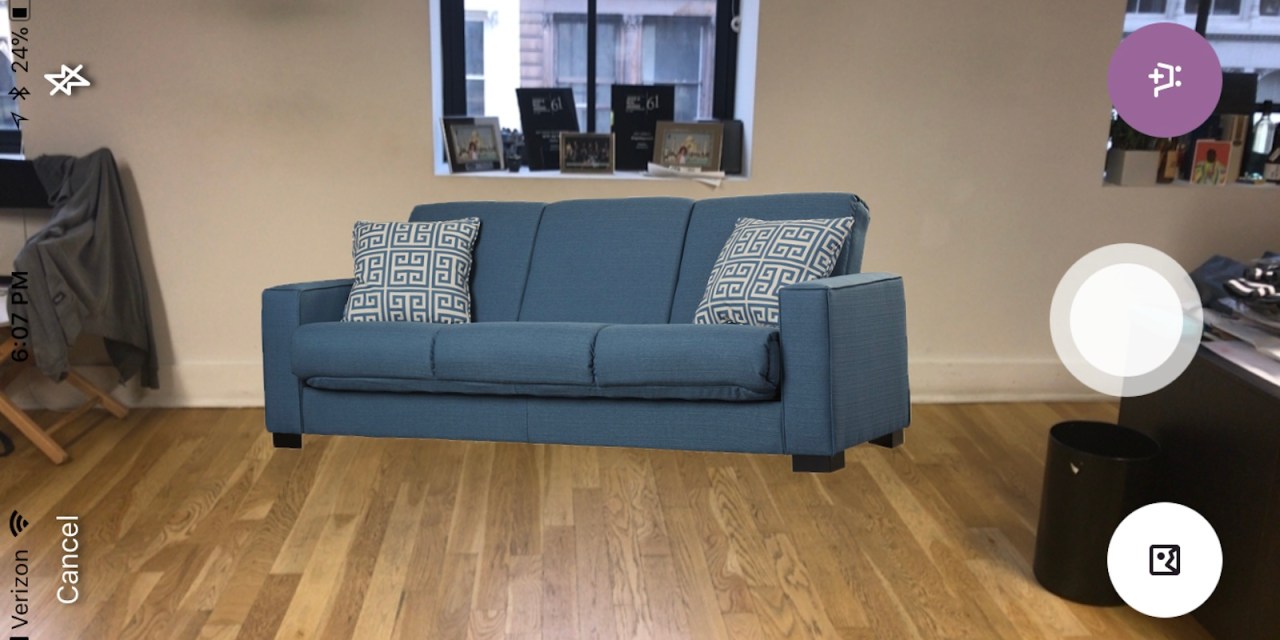 This is the third part in a series by Modern Retail about the technologies that were going to change retail — and where they are now. See our previous stories, about the future of robotics, and the truth about RFID.

In 2017, Williams-Sonoma acquired Outward, an AR and 3D imaging startup for $112 million. The following year, Ulta Beauty also acquired an AR startup for an undisclosed amount, as did L’Oreal. Retailers like Walmart and Nike acquired other startups that specialized in virtual reality and computer vision, but also with the goal of using them to create experiences that incorporated some type of virtual reality component.

That ushered in a stampede of retailers eager to experiment with AR. Michael Kors and Warby Parker were some of the first companies to experiment with running AR in Facebook ads. Macy’s launched AR experiences for both furniture and beauty shoppers.

AR right now is big among two categories: beauty or furniture. Sephora, Ulta Beauty, Wayfair, Williams-Sonoma and Ikea have all launched virtual try-on experiences that use AR. Retailers in apparel have also experimented with adding these types of tools — the most recent being Asos — many of those efforts remain firmly in the experimentation phase. Because of the nature of the technology, it’s really those three industries where it can make a real difference — especially in fashion.

But even for the retailers who have invested heavily in AR by building their own virtual try on experiences, they haven’t been able to point definitively to how much their AR tools have resulted in a sales increase.

“There’s still some hyping [around AR], no doubt,” said Andrew Lispman, e-commerce analyst at eMarketer. “But I think the reality has set in when you see the initial use cases…are mostly edge cases. They may work well for their category, but it’s not a use case that extends between all or even most categories.”

Try before you buy
As customers do more shopping online or on their mobile phones, retailers have been eager to find ways to recreate the experience of trying on clothes or shoes in-person on these platforms. Tech companies presented a compelling case that AR could be the technology that would help retailers do just that, as it allowed a website or app to superimpose a virtual image onto a real-life photo or video.

In 2017, Apple released ARKit at its annual developers conference in which allowed developers to more easily create apps that used augmented reality. That in turn made it easier for retailers experiment with AR apps. Lipsman also points to the popularity of Snapchat filters as one of the reasons why beauty companies in particular became early adopters of AR compared to other retail companies. ”

“People were familiar with AR through Snapchat is and what that could do for people’s faces,” Lipsman said.

Ulta first launched GlamLab, a virtual try-on experience through its mobile app, in 2016. Since acquiring GlamSt in 2018, Ulta has been able to create AR experiences for a greater variety of products, and on more platforms. CEO Mary Dillon said during the company’s third quarter earnings call in December that customers can now virtually try on makeup for eyes, lips, and cheeks as well as foundation through GlamLab. And, that in the third quarter the company tested with adding these same capabilities to Ulta.com

President and chief merchandising officer Dave Kimbell said during the company’s first-quarter earnings call in May that the company believes AR will encourage more customers to try out products in new categories that they normally wouldn’t have otherwise.

Meanwhile, furniture companies have also been early adopters of AR because there was no good way for shoppers to see what pieces of furniture looked like in their homes before buying them. Customers could go to a furniture store and compare the look and feel of couches, but they couldn’t pick up a couch and see how they liked the look of it in say, their living room, without buying it and physically placing it there.

“It’s really important we give [customers] context and confidence for them to buy [furniture] online, which is still an uncomfortable experience, especially for older customers,” Matt Zisow, Wayfair’s head of product, said last April at the Modern Retail Summit. Wayfair’s mobile app includes a 3D room planner, as well as a feature called Interactive Photo. That tool lets customers upload a photo of a room to Wayfair’s app, and then using AR can see how multiple products look when displayed in that space.

“How a sofa looks is only part of the buying decision: how it feel is just as important, and AR can’t help with that,” Paul Miller, principal analyst with Forrester Research, wrote in an email. As such, while he thinks that AR can be a useful tool for customers to look through multiple variations of different products, it can’t completely cut out an in-store visit.

Beyond the early adopters
Lipsman said that current AR technology “is really kind of just super imposing a flat image with a minimal amount of adaptation.” That’s one of the reasons why furniture and beauty companies have been more eager to create AR features compared to other retailers. They sell static objects that are relatively easy to super impose onto an existing image.

Apparel retailers still haven’t widely embraced AR try on experiences, because there are so many different ways that a piece of clothing can look depending on a person’s body type.

Lipsman said that in order for AR to make more sense in apparel, there need to be breakthroughs in artificial intelligence, “and making the super imposition of details closer and closer to reality, to make it look like [a piece of clothing] is actually on somebody,” and not just painted on a model.

But even if the technology gets better, not many retailers have been able to point to AR being a significant sales driver. Dillon has said that Ulta views its AR tools as more of a “brand loyalty” play. Wayfair hasn’t released any statistics about how many of the customers use its room planning tools end up buying.

“If you’re in the market for an IKEA sofa, you might use the app to rule out a particular product because it clashes with your curtains, or to shortlist another two or three as possible purchase,” wrote Miller. “But it’s not clear that these investments on their own directly translate into significantly increased sales.”