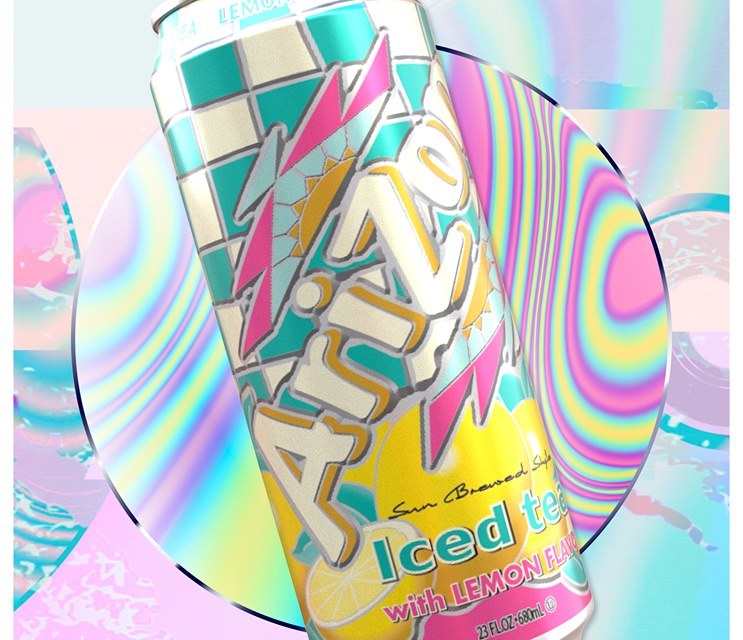 Beverage brands are beyond the usual and experimenting with new products in the CBD and cannabis categories.

This week, Arizona Iced Tea, announced a partnership with a Denver-based cannabis company named Dixie Brands Inc. While the deal is yet to be finalized, the partnership would create Arizona-branded weed vape pens, gummies and potentially beverages. Still, issues abound over how a large national company would be able to scale product lines that live in such legal and regulatory limbo.

While cannabis and CBD are growing in mainstream popularity, only a few larger brand names have jumped into the space. A few weeks ago, the online CPG company Brandless announced its intention to launch a CBD line of products. (CBD stands for cannabidiol, and is a legal and supposedly therapeutic extract that comes from the hemp plant.) Last year, Lagunitas unveiled its non-alcoholic cannabis drink. And a few beer companies — including Molson Coors and Constellation — have begun testing cannabis beverages in Canada, where the plant is currently legal.

The influx of brand interest can be linked to a burgeoning market. The Brightfield Group estimated that the CBD industry alone will hit $5 billion this year, up 706% from 2018. BDS Analytics forecasted that legal cannabis sales in the U.S. are on track this year to hit $14.9 billion in 2019 and exceed $40 billion by 2024. With expected growth like that, some brands see dollar signs — especially ones with flagging business hoping to catch the attention of new demographics.

Bethany Gomez, managing director of the Brightfield Group, has noticed an ever-increasing number of bigger brands entering the cannabis and CBD space. “This is going to be a very large industry very soon,” she said. But, for now, many of the largest companies are waiting to see how legal things shake out. “For many of these larger businesses,” she said, “the business case wasn’t quite worth the legal risk.”

Large beer producers have begun making cannabis inroads in Canada, but many remain tepid in the U.S., likely because distribution would be a headache and difficult to scale. Launching a cannabis drink would require selling to dispensaries in states where marijuana is legal. Currently, only 10 states have fully legalized the plant. The cannabis beverage maker would not only have a smaller number of storefronts to sell to, they would face different realities compared to finding a shelf at a convenience store. The very logistics are more difficult, as not all dispensaries have chilled sections to hold drinks. “There’s a challenge to be able to keep your products and have the right supply chain and have the right route to market,” said Gomez.

That’s likely why CBD has become a more popular way to enter the cannabis industry. Thanks to a bill passed last year, it is technically legal to grow industrial hemp, although it remains unclear if regulators are okay with companies putting CBD in food or drinks. Taking no news as good news, some brands — like New Age Beverages — have launched CBD-infused beverages, which are now seeing national distribution.

But the future of those products is also iffy. While the U.S. has maintained that CBD is legal, the FDA has not issued a ruling over whether or not it’s safe to be used as an ingredient in food and drinks. That’s why Iris Nova — the parent company of Dirty Lemon — decided to stop selling its CBD-infused beverage last year. “The legal challenges in scaling that product specifically were really challenging for us,” said founder and CEO Zak Normandin. Essentially, it’s anyone’s guess whether or not CBD is kosher to use in consumable products — and that makes it difficult for companies to find steady distribution. New York City, for example, will begin fining stores that sell CBD products this coming fall.

In Normandin’s eyes, while the allure of having an ingredient like CBD may seem smart in a marketing way, it could prove too much of a headache for beverage brands in the current atmosphere. “As far as it being widely available,” he said, “I think there’s going to be many challenges ahead.”

Relying on new ingredients to boost business is a common, but not sure-to-succeed strategy. “Adding a trendy ingredient into an old product line,” said Normandin, “is a strategy that many manufacturers have used in the food and beverage space for a long time: now kale is popular; now chia is popular.”

With that, some brands may see CBD as the next kale, but there’s still a long road ahead to scale.