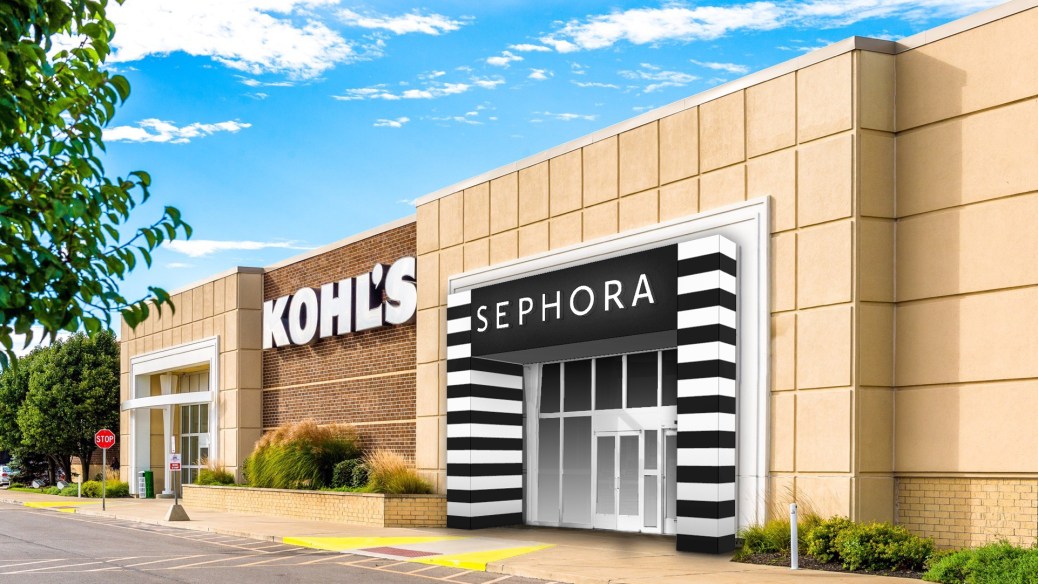 After facing pressure from activist investors for more than a year, Kohl’s first attempt at a sale has fizzled out.

On Friday, Kohl’s announced that it had ultimately decided not to go through with a sale to Franchise Group, which it had entered into exclusive negotiations with three weeks prior. And, that it had concluded its strategic review process.

“After engaging with more than 25 parties in an exhaustive process, FRG emerged as the top bidder and we entered into exclusive negotiations and facilitated further due diligence,” Kohl’s Chair of the Board Peter Boneparth said in a statement. “Given the environment and market volatility, the Board determined that it simply was not prudent to continue pursuing a deal.”

It was the latest twist in Kohl’s battle with activist investors, which began with an attempt to take control of the board back in 2021. Over the past year and a half, Kohl’s has attempted to fend off pressure from these investors by touting its many store refresh initiatives, such as launching hundreds of Sephora shop-in-shops and expanding its athleisure assortment – until finally, it agreed to explore a sale. Now, both parties are going back to the drawing board.

Below is a timeline of everything that has gone down (so far) between Kohl’s and activist investors:

The group — which includes Macellum Advisors, Ancora Holdings, Legion Partners Asset Management and 4010 Capital — issued an open letter to Kohl’s shareholders and nominated nine directors to Kohl’s board.  Altogether, the group had about a 9.5% stake.

In the letter, the investor group said Kohl’s has underperformed compared to some of its peers, lost market share and saw declining gross margins. The investor group said they wanted the department store to have board members with deep retail expertise, reduce executive compensation, overhaul its inventory and consider a sale-leaseback of some of its real estate assets.

Kohl’s rejected the group’s attempt to “seize control” of its board. The department store said this was the first time the group revealed details of its plans, though the Kohl’s board and management team have previously been in talks with these investors.

Kohl’s said two independent directors nominated by the activist investor group — former Denny’s chief marketing officer Margaret Jenkins and former Burlington CEO Thomas Kingsbury — would be part of the company’s board of directors at the close of its annual shareholders meeting in 2021.

Former Lululemon CEO Christine Day also joined the board. As part of the agreement, the board raised its share buyback plan to $2 billion.

At least two firms expressed interest in acquiring Kohl’s around this time, according to news reports. Acacia Research Corp, with the backing of activist hedge fund Starboard Value, offered to buy Kohl’s for $64 per share in cash, multiple outlets reported. Just a few days later, private equity firm Sycamore Partners offered to pay $65 per share for Kohl’s, which would value the company at around $9 billion.

Kohl’s soon acknowledged that it had “received letters expressing interest in acquiring the Company.”

Kohl’s board adopted a shareholder rights plan more commonly known as a poison pill to ward off hostile takeovers shortly after receiving acquisition offers. Kohl’s said the takeover offers undervalued its business, though it did not name any suitors. The plan, which took effect immediately, will expire in February 2023.

Macellum Advisors, which owns 5% of Kohl’s stock, issued a letter to shareholders days later announcing that it had nominated 10 candidates to Kohl’s board of directors, some of whom were first put forth in February 2021. Macellum criticized Kohl’s poison pill adoption and hasty rejection of takeover offers, saying Kohl’s was “no longer operating with impartiality and objectivity.”

During the company’s annual investor day, Kohl’s CEO Michelle Gass made the case that the company had a a plan that would result in “a complete reinvention of our business model and our brand,” while delivering better value for shareholders.

Kohl’s detailed its plans open over 100 small-format stores in the next four years, grow its Sephora business to $2 billion and introduce self-serve buy online, pick up in-store to all its locations. The company also unveiled a new long-term financial framework that was focused on delivering low-single digits percent sales growth and an operating margin of 7% to 8%.

The department store, later in March, pushed back on Macellum’s attempt to take hold of the board. In a letter to shareholders, Kohl’s called Macellum’s candidates an “inexperienced, unqualified slate.”

Kohl’s rejected Macellum Advisor’s attempt to take over the company’s board by replacing 10 members. The company’s shareholders instead opted to re-elect all thirteen of Kohl’s directors during its 2022 Annual Meeting of Shareholders.

Days after both executives left their roles, Kohl’s revenue for the first quarter declined to $3.7 billion year-over-year from $3.8 billion, while comp sales dropped 5.2% and operating income fell by about 70% to $82 million.

“Our first-quarter results were below our expectations,” said Kohl’s CEO Michelle Gass. In addition to internal pressures, the company was also facing industry-wide headwinds such as inflation and higher supply chain costs.

During the call, Gass said the submission of actionable bids from possible acquirers is due in the coming weeks. She said Kohl’s is “pleased with the number of parties who recognize the value of our business and plan.”

Retail holdings company Franchise Group entered into a three-week exclusive negotiation period to acquire Kohl’s for $60 per share in cash – a deal that would value Kohl’s at around $8 billion. Franchise Group, which owns brands like The Vitamin Shoppe and Buddy’s Home Furnishings, mainly owns franchised or franchisable businesses. The company is significantly smaller than Kohl’s, with a 2021 fiscal year revenue of $3.3 billion.

Kohl’s has called off its talks to sell the business to Franchise Group, citing that the retail environment has greatly deteriorated since the process began. The department store said it received the interest of over 25 parties with Franchise Group being the top bidder. Franchise Group’s initial $60 per share offer was eventually reduced to $53 a share. Kohl’s shares dropped over 15% in premarket trading.