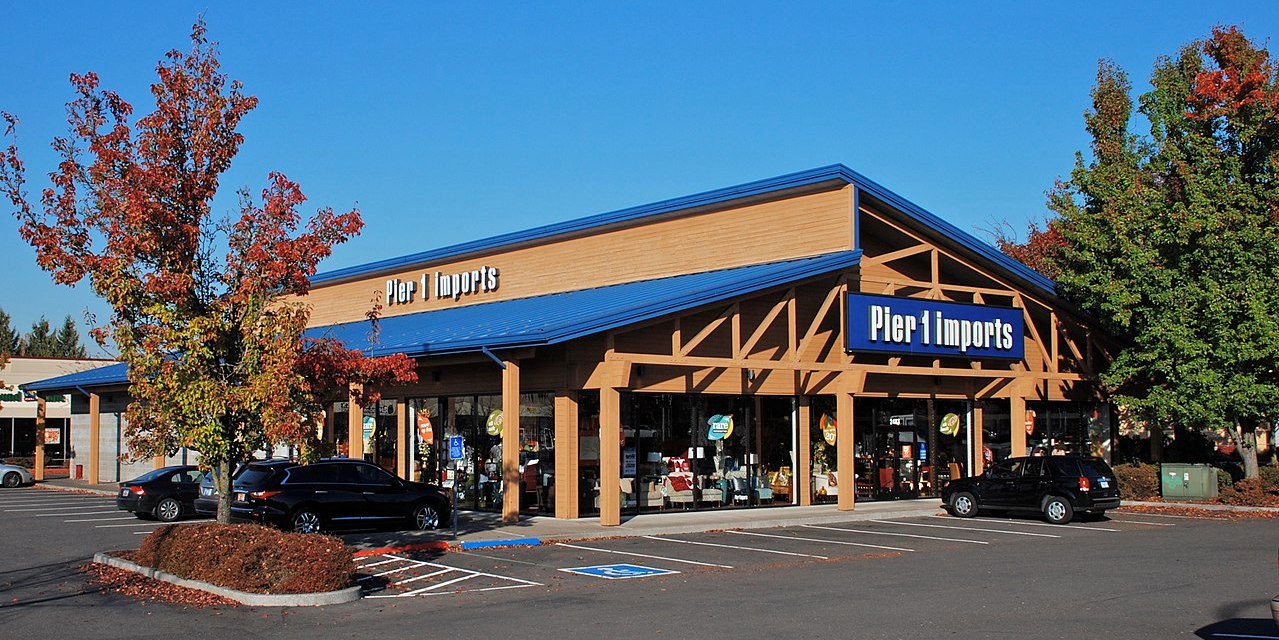 The company is planning to close nearly half of its stores in an attempt to stay afloat, while bankruptcy reports loom, as do potential job cuts. At the core of Pier 1’s troubles is increasing competition and its inability to revamp its brand and product line.

In the past five years, players like Wayfair, Amazon, Target and Homegoods took over the furniture and home furnishings industries by offering wider selections at cheaper prices. Despite an attempt to turn things around in 2018 — which included store redesigns, an expensive marketing splash and new and cheaper products — Pier 1’s financials continued to decline, leading it to where it is today.

“The whole business is really underperforming,” said GlobalData Retail managing director Neil Saunders. Modern Retail reached out to Pier 1 for comment but did not receive a response.

Pier 1’s problems aren’t exactly new, although they have come to a head recently. Digital entrants like Wayfair and Amazon have had impact on every national home furnishings retailer. While Pier 1 was able to grow e-commerce sales — it grew from 12% of total sales in 2015 to 25% in 2018 — that also pushed drove down profitability. New digital entrants offering more consumer choice has been a growing threat to traditional retailers for as long as a decade. But, according to Moody’s analyst Raya Sokolyanska, “it has accelerated over the past couple of years in the home goods sector.”

Pier 1, in the pre-digital age, was a destination for interesting international designs that were perhaps a bit more expensive. New businesses have threatened its positioning by offering similarly internationally sourced items but cheaper and not in-store. “They have been facing a number of challenges — probably over the last decade,” said Forrester principal analyst Sucharita Kodali. The biggest one was Pier 1’s inability to refresh its product line to have it compete with other growing retail players.

A failed relaunch
Pier 1, which first launched in 1962, began as a brick and mortar destination for interesting designs from around the globe. It provided U.S. consumers with international furniture designs that only high-end city boutiques had at the time. At the same time, Pier 1’s product selection seemed to toe the line between quality and price. Its products were more expensive than other big retailers’ products, but they weren’t necessarily better. “A lot of the merchandise was not super high quality,” said Kodali, “just crap that would fall apart.”

Before the internet, this generally worked because there were fewer options. But digital companies like eBay and Etsy rose to ascendence, sourcing cheaper — and often better — products, thus making a destination like Pier 1 more obsolete. In 2017, the company brought on Alasdair James to lead the company’s transformation. A year later he announced the company revamp, dubbed “A New Day.”

As part of the relaunch, Pier 1 tried to diversify its merchandise by going beyond just furniture and offering different sorts of so-called international products — like candles and lights. But the new product line failed to entice customers. In fact, it likely put it in a worse position than before. Much of this year’s financial underperformance, said Moody’s Sokolyanska, was due to “clearing inventory that was brought in as a result of the old turnaround plan.”

Though it likely needed to add more products to attract new customers, its varied assortment only added to the confusion. “It’s not a furniture retailer — neither is it a very compelling homewares retailer,” said Saunders. “It’s a mishmash of products, nothing stands out.” Ultimately, A New Day backfired — and the company’s losses began to compound. James stepped down less than a year after the turnaround began.

No clear brand
This gets at the heart of why Pier 1 has floundered: It wasn’t able to carve out a solid brand placement in the 21st century — doubly so with its online presence. Companies like Ikea and Target have built reputations based on their niches and price-points — and made it easy for shoppers to find the products online and either pick them up in store or have them delivers. As a result, these businesses retained customers. “All of those players have clear positioning,” said Saunders. “When you go to the Pier 1 site, it doesn’t really stand out.”

Pier 1’s unique selection was its original brand identity, but the ubiquity of the internet killed that value proposition. Its product line, said Kodali, “is not essential, it’s not unique; it doesn’t occupy a space in really anyone’s heart.”

As a result, store sales have floundered. One former employee, who worked at Pier 1 for seven years until 2018, said there was silent tumult during CEO changes. During their tenure, employee shifts were cut to only four hours a day because the company didn’t want to give associates paid breaks. Strategic decisions weren’t explained properly — even rationale behind certain product prices. “There were many days in a row that we did not make our target,” the former employee said.

Its latest financials illustrate just how dire things are. In addition to shutting down nearly 450 of its 942 locations, sales fell over 13% this past quarter. It saw an operating loss of $53.3 million. According to its most recent SEC filing it’s hoping to lessen the financial blows via “cost cutting, lowering capital expenditures, seeking additional capital and reducing its store footprint including related distribution centers and corporate headquarters support.”

As Saunders noted, however, is that those moves don’t constitute a branding overhaul. “In order to survive, they have to have a strategy,” he said. “There’s no real evidence of that.” Instead, Pier 1 appears to be “just trying to find something that works.”

The biggest problem Pier 1 faces is its inability to find a sweet spot. In its heyday, Pier 1 offered aesthetically interesting items that were slightly cheaper than top design brands but more expensive than the average discount furniture warehouse. Today, the market for this type of product no longer exists. There’s a growing array of inexpensive items that have a more sophisticated look and feel. Similarly, there’s thriving demand for high priced designer-quality products.

“It’s very hard to be that mid-tier player,” said Sokolyanska.