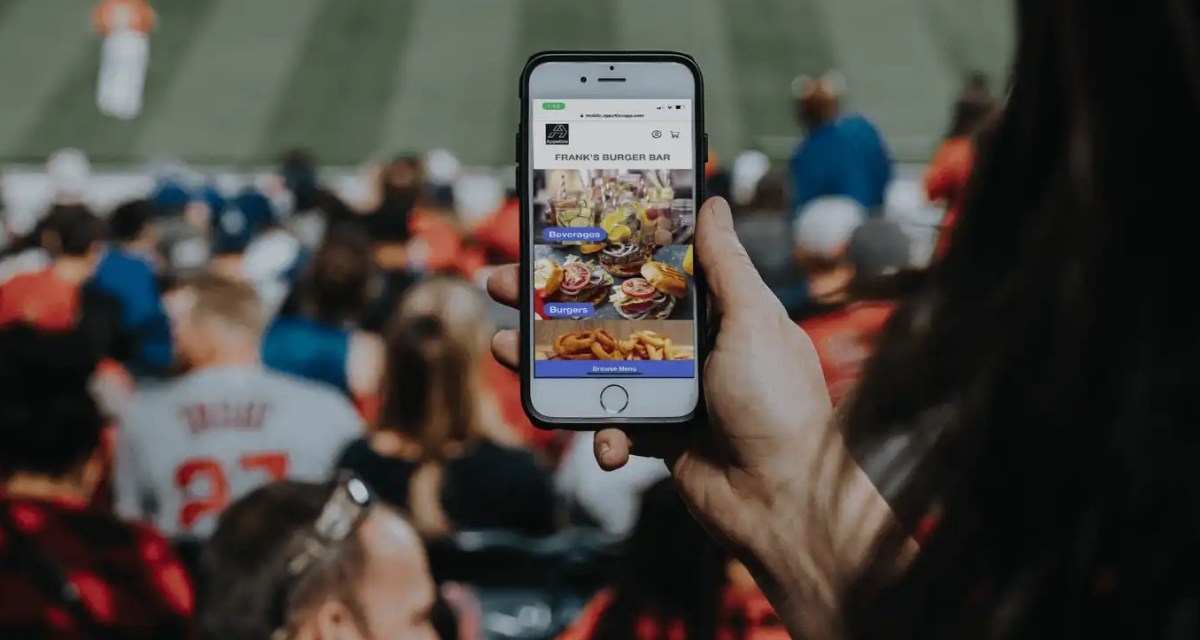 Restaurant owners are being bombarded with pitches from point-of-sale platforms new and old — and some are taking the bait. To customers, such a decision is invisible — as long as orders are taken and food is delivered they’re happy. But restaurant owners are increasingly being told their software stacks are out of date, and are considering moving over from older legacy systems.

For decades, restaurant management tech was dominated by older companies like Aloha POS and Lightspeed, which were founded in 1998 and 2005 respectively. The next decade ushered in a rise of new Silicon Valley players like Square and Toast Inc., which launched in 2009 and 2012. Now, there are even more new players in the space who are looking to win over restaurants and are energized by the sky-high levels of venture capital funding they raised last year. Among these emerging players is SpotOn, which was founded in 2017 and raised $300 million last September – with a current valuation of $3.15 billion.

As a result, the number of POS players looking to court restaurants has hit a fever pitch. But, they don’t always find an enthusiastic crowd of potential new customers. While some restaurateurs are excited for new tools, others told Modern Retail they’re reluctant to disrupt their businesses operations to overhaul its tech. Others are more concerned about system reliability, and are sticking with what they know.

When these platforms first hit the market, they mainly focused on calculating customers’ tabs and checkouts. As tech tools evolved and customer behaviors have evolved, providers began adding new features like wireless payments and Android and iOS tablet integrations. The need for these features became even more apparent at the onset of the pandemic, when restaurants needed all-in-one management systems that can also handle online orders and curbside pickup.

As such, players like Toast, Square and Aloha continued improving their designs to retain clients – such as Square’s popular swivel register.

Despite hiccups when the pandemic hit, these players are benefitting from business’ needs for these tools. For Instance, Toast laid off 50% of its staff in April 2020 when many restaurants were shuttered due to the pandemic. Since then, demand for its POS and management tech has swung back up among existing and new business owners — it even went public last September. During the fourth quarter of 2021, Toast’s revenue increased 111% year-over-year, to $512 million.

As of June 2021, Toast was partnered with 48,000 restaurant locations, and processed over $38 billion of payments that year. Aloha, on the other hand, while being about 15 years older than Toast, has around 55,000 restaurants using its POS and back-office operating systems.

Meanwhile Square – which recently rebranded as Block Inc. – has grown its business-to-business revenue since launching in 2009. The company, known for its portable card readers, has been attracting merchants and restaurateurs as businesses open back up. For the full fiscal year of 2021, Block’s total net revenue was $17.66 billion, an 86% increase from 2020.

Still, newer players think there are opportunities to take market share away from these established companies.

SpotOn head of innovation Ben Pryor told Modern Retail that “we view ourselves more broadly than a POS provider.”

“Owners who have a legacy POS system are often unsure of how to articulate their tech needs,” Pryor said. He explained that with so many new channels being adopted, including third-party delivery apps and online reservations, owners have more digital tools to juggle than ever. “We also give operators control over their own data.”

SpotOn’s latest clients include Live Nation, Madison Square Garden and Yankee Stadium, where its tech powers POS and in-venue delivery. The company also has partnerships with smaller chains like plant-based pizza restaurant Double Zero, along with independent bars and salons across the country. The provider currently has about 30,000 customers, 40% of which are restaurants. The company experienced 100% year-over-year revenue growth in 2021.

“For 2022, we’re maximizing acquisitions and merging them across the platform,” said Pryor. Last year SpotOn used its funding to acquire Appetize, a digital and mobile commerce payments platform whose customers include sports venues, zoos and theme parks.

When asked about convincing businesses to switch, Pryor said SpotOn is offering several services and tools. “Our system is fairly easy to sell because there is low upfront cost, and we don’t do contracts,” said Pryor. The company also has hundreds of representatives visiting bars and restaurants to pitch managers on the features. Pryor also cited SpotOn’s 24/7 support line, which is usually a big sell for owners concerned about POS outages.

A reluctance to invest in newer systems

Despite all the bells and whistles newer POS systems offer, minimal system outages are still the top priority for many restaurant owners – who risk losing business when a digital POS system goes down. Cloud-based system outages can be risky, and even disrupt a business’ checkout tabs and employee payroll. Last year, a Square software glitch led to thousands of baristas and workers across the country to lose out on tips.

Tommy Tardie, owner of New York-based Flatiron Room and Fine & Rare, said these new digital features can’t make up for reliability. Both of Tardie’s businesses have been using Aloha since Flatiron Room opened a decade ago. “There was a high initial investment in our POS system,” Tardie said of the hardware, which costs thousands of dollars upfront. “That, combined with staff familiarity of our current system, is a strong reason to stick with who we have.”

Tried-and-true systems are hard to give up, especially for owners who’ve used different systems as they opened new restaurants.

“We hear from other POS players all the time, but I don’t envision us switching from Toast anytime soon,” Sameer Qureshi, co-founder of New York-based rooftop lounge Somewhere Nowhere, said. Unlike toggling between digital reservation systems, Qureshi said that installing a new POS system would be more involved — he would have to train staff and integrate new devices into daily operations.

Qureshi said it’s important that a management system can handle the employee’s entire lifecycle, not just checkouts. This is especially important given the flux of workers entering and leaving hospitality, which makes onboarding, employment forms, schedules and year-end paperwork especially difficult to keep track of. Qureshi said Toast in particular has been a standout in offering these tools.

In terms of what else he looks for from a POS provider, Qureshi said that for a concept like Somewhere Nowhere — which is only open for six hours per night — mobile-based POS is the most effective way to maximize profitability. “Table-side payments is a big one, and I’m glad the industry is moving in that direction,” he explained. Legacy systems like Aloha are still reliant on stationary POS, as opposed to software like Toast that integrates with iPads or other tablets.

Some restaurateurs do opt to test out a new POS system when they open a new location, as it’s more feasible than installing a new POS at an existing space.

Chris Phelps, the owner and chef behind Salt’s Cure, first used the platform Toast at his Los Angeles location when it opened in 2017. But he kept hearing about other systems that offered similar but perhaps more robust services. So when Salt’s Cure opened a New York outpost in 2021, Phelps decided to test out Square.

Phelps chose after years of hearing about the system’s design. “Because Square owns the hardware and software, I felt confident they’re able to fix glitches in real-time,” Phelps said. Otherwise, Phelps said he likely would have stuck with the familiar Toast technology for the new location. He said that while both systems are well-designed for restaurants, Square being a tech company allows it to offer businesses the most competitive monthly rates.

Even still, more established players are prone to technical difficulties. For example, Salt’s Cure Los Angeles location was recently forced to close for days after the Toast system went down. “I don’t think you can be fully happy with your system, so you just have to hope for the best,” Phelps said.

Emmett Burke, owner of New York-based Emmett’s on Grove, said he chose Square’s system when opening the pizza restaurant last December. “The rates are competitive, and we’ve been happy with the simple design,” Burke said. He admitted that he’s been pitched by several competitors since opening. “We were going to switch, but ended up with a good monthly rate to stay,” he admitted. Burke said he is open to switching for the right price.

As the competition among digital payment providers heats up, hospitality operators anticipate more players vying for their business.

Despite the modern features, the switch itself may be the toughest sell. “No one wants to switch after paying thousands of dollars for new tech,” said Phelps.