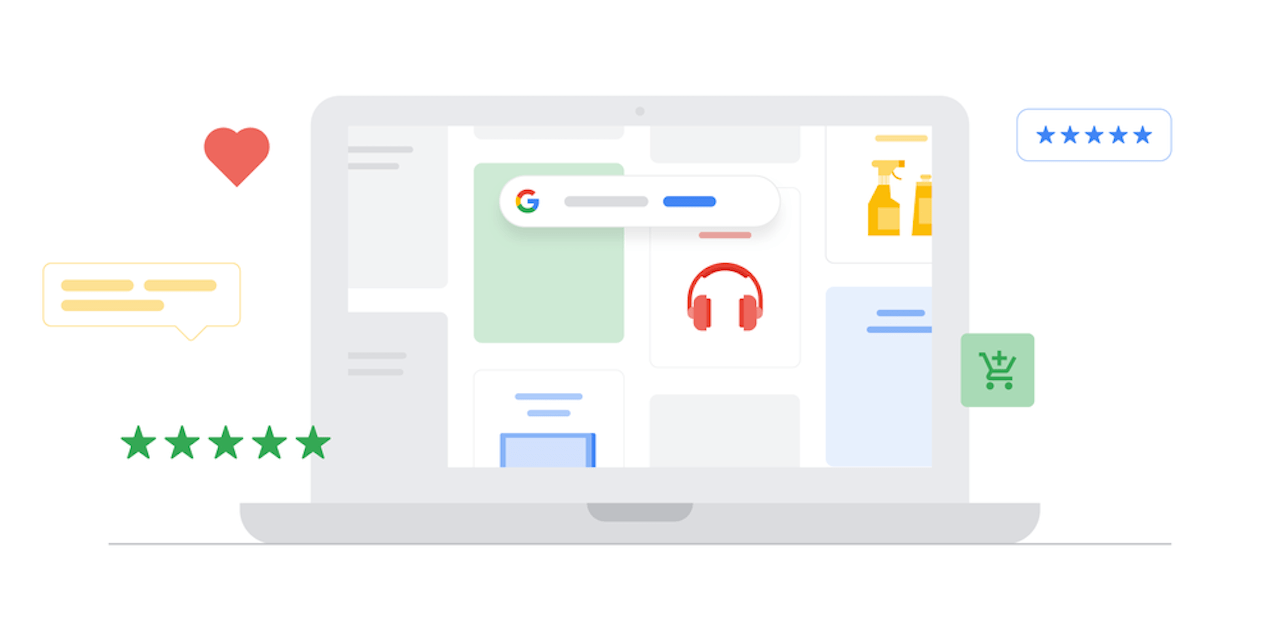 Google Shopping is used by more than 6,000 brands and merchants. But getting in front of shoppers via a Google search has always meant paying tens of thousands of dollars for a promoted spot or winning the SEO lottery that gets you to the top.

But on Thursday, Google announced a slew of new features aimed at making Google Shopping easier for brands to use and break away from the crowd. Google is adding integrations with WooCommerce, GoDaddy and Square, allowing the products of brands using these platforms to automatically show up among Google’s results. These are in addition to the Shopify integration Google announced at its conference last week.

Additionally, brands will soon be able to personalize their listings. Normally, Google Shopping results are all plain product images. But Google is now promising the ability to feature lifestyle imagery and even videos in results.

Google will also add an augmented reality virtual try-on feature for fashion products and expand its existing AR beauty try-on. In addition, it will offer shoppers the ability to see all of a product’s buying and payment options (like online and in-store, and payment options like PayPal and Shop Pay) at the product level, as well as the benefits of a brand’s or retailer’s loyalty program at the listing level. All of these new features will roll out in the second half of 2021.

“There are now over 1 billion shopping sessions a day on Google,” said Matt Madrigal, vp and gm of Google Shopping. “That’s a scale and magnitude we’ve never seen before. So we’re really trying to level the playing field for online retail and the merchants we work with in two ways. We want retailers to foster relationships with brands and make it easier for both to get discovered on Google Shopping.”

Madrigal said Google Shopping saw an 80% increase in the number of merchants on the platform in the last quarter, year-over-year. The vast majority of new additions have been small and medium-sized brands and retailers. There was a 74% year-over-year growth in the number of products listed on Google, and consumer searches more than tripled compared to the previous year.

Google made it free for any merchant to sell on Google Shopping in April of 2020, further incentivizing new merchants to join. Merchants can still pay up to tens of thousands of dollars to get their product promoted to the top of search results, albeit marked with an ad identification.

The goal for Google is to become the first place that people go when looking for a product. Despite Google being the biggest search engine in the world, Amazon edges it out for largest share of product searches, with 54% of the market. Free features like videos and no-commission checkout make Google Shopping more appealing to small brands, while still giving larger brands the option to pay for top placement. Both have contributed to Google Shopping’s growth over the last year.

At the same time, it’s become exponentially harder to stand out on the platform, said Eugene Furman, CMO of DTC brand Xena Workwear, who spends about 75% of his ad budget on Google and Facebook. He was able to grow the company’s sales by 1,000% last year thanks in part to Google Shopping.

“The landscape has definitely changed,” Furman said. “Ad prices have gone up, holiday advertising spend was horrendous on all channels, and efficiency is way down. Every single brand, even the legacy ones, have poured money into platforms like Google, and it’s gotten really crowded.”

In the quarter ending in December, Google’s search and ad revenue was $31.9 billion, up from $27.2 billion in the previous quarter.

Madrigal said one way Google has been aiming to solve for the crowding is with filters for brand values and identity. Currently, Google Shopping has a filter to search for Black-owned businesses, and later this year, it will add another filter for businesses owned by women.

Additionally, Madrigal said the personalization of listings and added visibility of loyalty programs and buying options should all work together to help brands differentiate. A brand with a high-value loyalty program can have the perks prominently displayed, while a brand that excels at product imagery can create a more compelling visual identity for its listings to stand out.

“Right now, the growth in e-commerce globally is really lopsided,” Madrigal said. “It looks like a lot of growth, but it’s mostly coming from a few big players. Our goal is to make a really open marketplace. Because we’re just the platform, we’re indifferent to where the actual transaction takes place.”