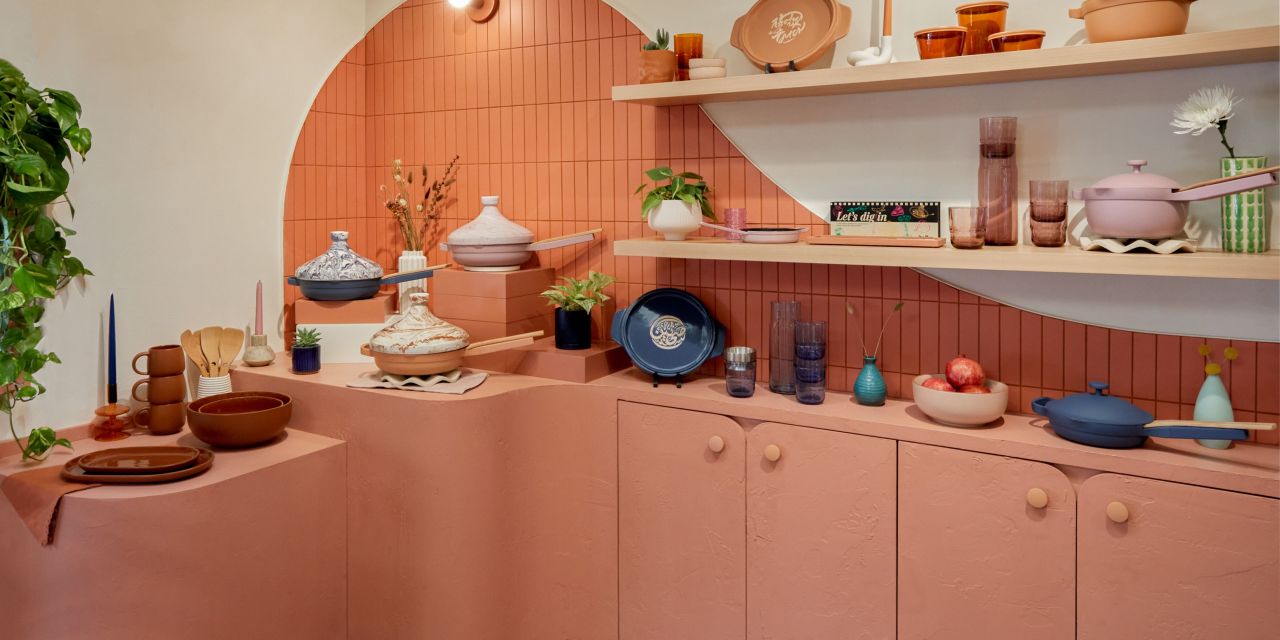 Direct-to-consumer cookware brand Our Place opened its first physical store in Los Angeles this week, as part of a long-planned move to expand its presence beyond e-commerce.

The store is located on Abbott Kinney, the luxe shopping street in Venice. In addition to selling the brand’s colorful, ceramic cookware, the indoor-outdoor space is equipped to host both cooking classes and events and will also operate a cafe. A second space is planned to open in the Melrose shopping district in the coming weeks.

Our Place says opening up a retail store was part of the original vision for the company, which launched three years ago just before the onset of the pandemic. The launch of its sleek, multifunctional Always Pan, once boasted a 30,000-person waitlist. Since then, it has expanded into pans, tableware and kitchen tools, plus a partnership with Selena Gomez.

Now, the company is trying to expand beyond its viral product with both more offerings and distribution points beyond online-only sales.

“We’re going to be a brand that is in physical spaces with our community where they can touch and feel our products, but also get a sense of the brand and mission cook to together and gather together,” said founder and CEO Shiza Shahid. “That was always a vision, and once we felt it would be safe to do so, we started working on that.”

The pandemic, said Shahid, kept the brand “in a box,” and plans began in earnest to launch a shop about a year ago.

Our Place is far from the only DTC brand to establish its brick and mortar presence in the post-lockdown environment; M.M. La Fleur launched a New York City store this fall, while textile brand Coyuchi opened its second physical store in Palo Alto, California, last week. Other DTC players like Warby Parker, Parachute and AllBirds grew their footprints this year.

Our Place declined to share sales or revenue figures, or what its projection for sales from the store will be. But Shahid anticipates the spaces will further the brand’s identity by presenting a clear visual aesthetic and bringing people together — which in turn can translate into new customers.

The new retail space includes a long table showcasing kitchenware, plus counters with products available to pick up and examine. A mural, devised using colors from spices, adorns one wall, while the outside space has bleacher seating and tables. Cookbooks, not necessarily for sale, dot the shelves to provide culinary inspiration.

Will Williams, vice president of global retail for Our Place, said the goal of the Venice store design was to ensure that it wasn’t just an array of products on shelves. Part of that meant hosting programming like cooking classes, book signings and film screenings that may appeal to Our Place customers or those in the area. Even if they don’t make a purchase, Williams said, it can help build up the community.

“We don’t want to just open a store that’s selling cookware. That’s not exciting, and it’s not going to be exciting to consumers,” he said. “But if we’re going to do this, we really have to bring some value to the people that are walking into the space.”

Williams said the brand could move into other markets in the future, based on the performance in its hometown of Los Angeles. And he’s bullish on the opportunity given the resurgence of people shopping in physical stores following the coronavirus lockdowns.

“The macro-economy told us now is a good time,” he said.

Brendan Witcher, vice president and principal analyst with Forrester, said despite the popularity of e-commerce, brands are wise to head to a physical environment. E-commerce sales made up 14.8% of all retail sales in the third quarter, according to U.S. Census Bureau figures.

“E-commerce is a great place to test,” Witcher said. “It’s far less capital and requirements to put something online and try to sell it. But once you get that appeal of consumers, that’s when it’s time to shift over and say, ‘Okay, now let’s, let’s fish where the fish are.'”

A physical location strategy doesn’t have to mean a brand’s own flagship store, though — it could mean a pop-up setup or wholesale distribution. The companies that decide to have their own signature space, though, will face new learning curves.

“All the skills you learn selling products online, almost become useless in a physical environment because the physical challenges of physical isn’t selling. It’s operating at a profitable level,” he said.

That means hiring qualified space, negotiating leases, planning the right footprint and, critically, developing a customer strategy that makes shopping easy, Witcher said. For a retailer in a tourist-driven area like Abbott Kinney, that might mean having shipping available so a customer doesn’t have to carry it around.

Shahid said that getting into a physical space did mean lessons learned, including dealing with the timeline of permitting processes and city requirements. She also said the brand wanted to pay attention to as many details as possible.

“When you’re a small business, a new business, really one of your strengths is moving fast,” she said. “We could get a white box and put some product in there and have it up and running much faster. But we really wanted people to walk in here and have a sense of ‘Well, I’ve never felt so welcomed. And I’ve never been in a space like this before.’”