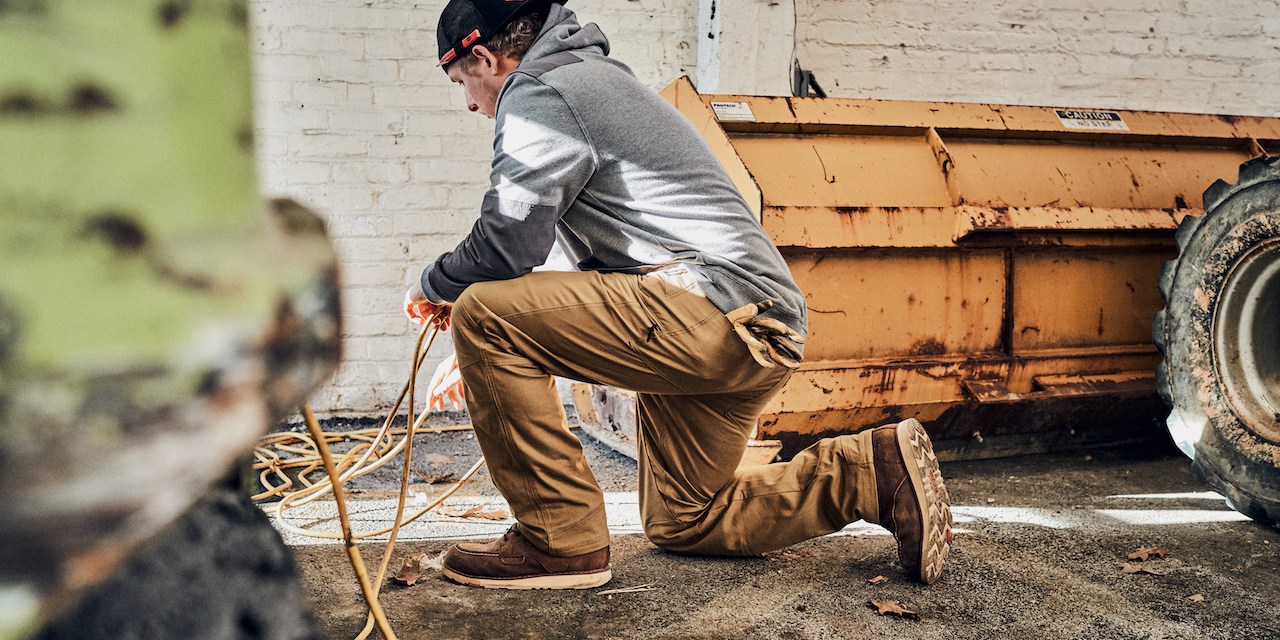 While major brands such as Carhartt, Timberland and Wrangler have long controlled the workwear market, newer players are popping up to cater to those in more specialized industries and trades.

These days, there are new apparel companies catering to numerous types of workers. Figs, Jaanuu and Clove appeal to medical professionals, while Tilit and Hedley and Bennett outfit those in the culinary world. Brunt Workwear and Truewerk provide apparel for trades like construction and trucking, while Up In Smoke caters to welders.

Traditionally, workwear brands arose to reflect the dominant labor of the period. Carhartt, for example, was founded in 1889 during the American Industrial Revolution and sold overalls to railroad workers. Dickies was founded in 1922 and made bib overalls for farm workers in Texas. Today, workwear start-ups are expanding to other categories to adapt to the needs of the 21st century worker.

The global workwear market is quickly growing and is projected to reach $29.1 billion by 2032, according to Allied Market Research. An increasing number of smaller players are carving out their share in the space by zeroing in on a direct-to-consumer model, comfortable fabrics and more updated designs. The focus on more niche trades is working, as companies are reporting rising revenues and expanding their product lines to meet surging demand.

Overall, industry knowledge is a key tenet of these emerging companies. Many, like Tilit and Brunt, were developed by those who worked in the actual professions they cater to.

Alex McCrery had been a professional chef for more than a dozen years before he and his wife Jenny Goodman decided to create their culinary apparel company Tilit in 2012. At the time, “the workwear that existed before us was very commodity-based,” McCrery, the company’s creative director, told Modern Retail. “Essentially, you could burn through it and not feel bad about it. It didn’t fit very well for a lot of different shapes, certainly for women in the workplace, and it didn’t make you feel good.”

At the same time, “restaurant design had really changed, the chef had really changed — but the uniform had not,” Goodman, the CEO, explained. For Tilit, “the idea was to look seamless going to work and leaving work and not feeling strange or not proud in that uniform.”

To date, Tilit has outfitted thousands of workers in more than 4,000 restaurants and hotels, including The Ace, the Four Seasons and Union Square Hospitality Group, as well as celebrity chefs Tom Colicchio and Michael Symon. Its business grew 50% in both 2021 and 2022, Goodman said, with shoppers showing up “in full force” for Black Friday.

In a similar vein, Brunt Workwear CEO and Founder Eric Girouard saw a need for an updated workwear brand that spoke to industry professionals like construction workers. He launched his company in September 2020, several months into the Covid-19 pandemic.

“I’ve seen a bunch of businesses in the space that make workwear products but haven’t invested in creating a brand that speaks to us,” he told Modern Retail. “Our brand is incredibly authentic. It resonates with this modern construction worker and tradesperson… It’s more modern-thinking and a more modern way of being.”

Today, Brunt has 200% year-over-year growth and a $50 million run rate, Girouard said. In October alone, the company sold more than 40,000 pairs of boots. Last month’s Black Friday sales were up 577% from the year before, and during the busiest hour of the day, Brunt sold a product every 10 seconds.

Finding a balance between expansion and focus

Tilit and Brunt both launched with core products for their desired customers: a chef shirt, pair of pants and an apron for Tilit, and four pairs of work boots for Brunt.

Over time, though, “we want to add things that people need, things that people are asking for,” McCrery said. For this, Tilit regularly conducts surveys with customers and tries to keep up with contemporary fashion, rolling out three new seasonal collections a year.

Today, Tilit offers additional products such as jackets, overalls and bags. Its bestsellers remain the Contra Apron and the Supply Apron, which sell for $92 and $45, respectively, on Tilit’s website. “I think focus is important,” McCrery said. “And so our goal is really to make each product that we have really exceptional.”

Brunt, too, has expanded its product offerings from launch and now has 11 different boot styles, as well as pants and hoodies. Its Marin (Soft Toe) boot is a best-seller, at $135 on its website.

“We knew early on we wanted to be more than just a one category business,” Girouard said. As Brunt’s boots sold out repeatedly (15 times over the first 18 months, Girouard said), Brunt accelerated introducing new apparel. “Most of our early customers were asking us for it,” he said.

Still, “the key is staying disciplined,” Girouard said. “When you have a brand that resonates with the customer, it’s really easy to just make more stuff and sell them more stuff. But then you start to lose the brand’s core purpose and focus in what we are going to become known for in the long term. So it’s staying truly within the footwear and the apparel categories.”

In February, Brunt will introduce a new patented boot, with functionality and features “that have never been in the market,” Girouard said. The company worked on the boot for 18 months. “People are going to come after us,” he explained, “but for a year, we’ll have a head start to really build a name for ourselves around that.”

Tilit, meanwhile, is working on a new jogger-style pant, Goodman said. “We think [it] will be really transformative and exciting for our shop communities. They’ve been asking for the perfect jogger for a while, so we’ve been perfecting this product for a year and a half now.”

This year, Tilit brought on outside investors “to shore up our supply chain and go deeper on our inventory,” she added.

Many of today’s smaller workwear brands are concentrating on certain customer channels to reach as many workers as possible.

Historically, Tilit has split its business between being DTC and selling to other businesses. This fall, Tilit launched in brick-and-mortar for the first time through a partnership with Sur La Table. The retailer now carries nine products online, and its culinary instructors wear Tilit apparel in 130 stores, Goodman said.

The company closed a $20 million Series B funding round earlier this year and is using the money to expand its inventory, expand its team and expand beyond its website.

For the last point, Brunt is looking at various options, from online marketplaces and wholesalers to retailers and its own stores, Girouard said. International expansion is also in the cards, depending on standards for safety footwear in other countries.

No matter the channel, workers are Brunt’s main focus, so much so that its initial boots were named after four of Girouard’s childhood friends — a union sheet drywaller, a superintendent for a local water department, a diesel mechanic and a lineman.

“We happen to have…. the magic, the product, the value, all those things are kind of hubs on the spoke, but the center of it is the brand resonance and the authenticity that that is unique,” he said. “It’s in my DNA. It’s where I come from. So I believe in it every single day.”

Why Instacart is turning to Canada for growth

Last week, Instacart announced that it added 20 new retailers across Canada and grew the number of stores it delivers from by 60% in 2022. Retail analysts said that Instacart is looking to build a business outside of its core market to keep up its growth momentum.