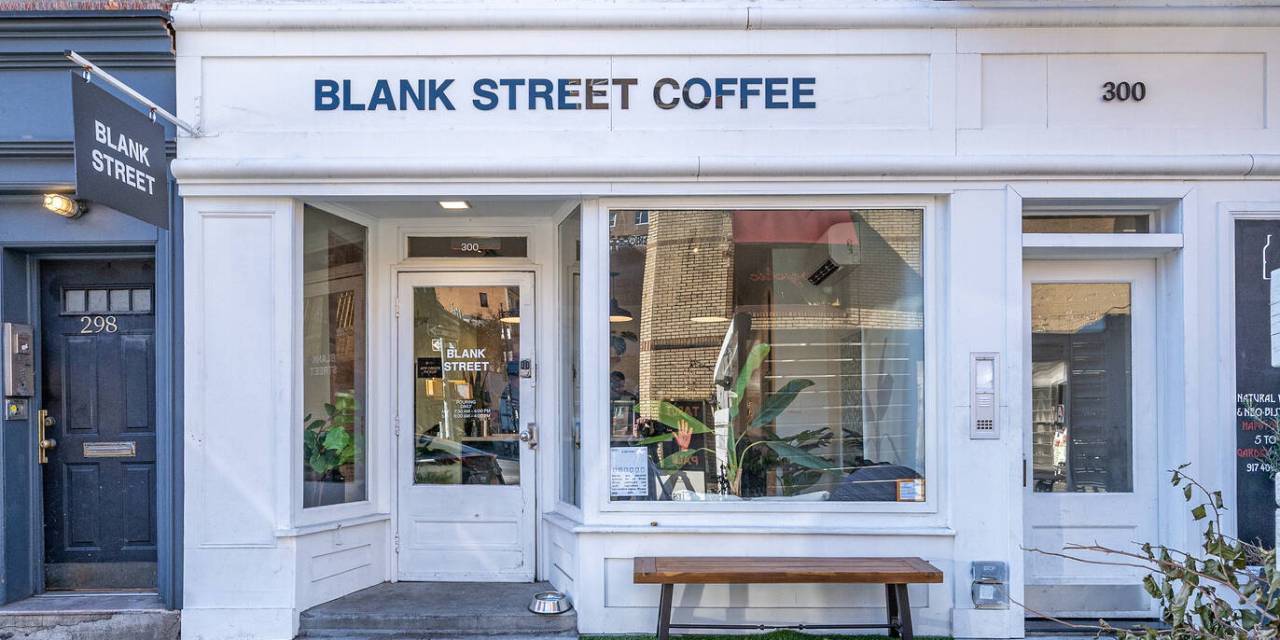 Blank Street coffee’s store footprint has grown rapidly — but so too has employee discontent.

In November, a group of Blank Street employees in West Brooklyn has filed documents with the NLRB to begin unionizing.

When it first burst on the scene a little over two years ago, Blank Street positioned itself as a modern coffee chain geared at millennials and Gen Z — featuring a streamlined operation that emphasized tech and a small physical footprint. Today, Blank Street has nearly 50 locations in four cities. In 2021, it raised roughly $60 million in funding and is reportedly valued at around $200 million as it seeks further funding to support its expansion.

The company uses automatic espresso machines by Swiss maker Eversys, which is part of its pitch for quicker service with less manual labor. Initially, the company sold coffee out of pastel green, mobile coffee carts powered by electric batteries. Its footprint quickly spread as Blank Street parked several carts in busy parks and intersections around New York City. Now the company has a mix of both cart and brick-and-mortar locations throughout the country.

While Blank Street received some social media criticism for undercutting independent coffee shops, it was also praised for paying retail employees a decent living wage. Blank Street pays workers a guaranteed wage of about $23 per hour in New York. And according to a company spokesperson, in the last few months “the average barista has been taking home closer to $30 per hour.”

Interviews, however, with three current and former Blank Street workers — none of whom worked at the location that filed t unionize — shed light on some of the employee concerns that have been quietly growing behind the scenes.

A big contributor to Blank Street’s rapid ascent has been its nimble operating model. According to the company, the average store typically has 1-2 baristas on site, depending on the time of day, though that can grow to 3 or 4 at busier locations  But this growth tactic has also presented some issues for employees — namely, that they feel like it takes longer to resolve problems on the retail side, while some baristas have raised safety concerns. Some of these issues were exacerbated at cart locations, which lack the security of four walls. For its part, Blank Street says it is moving away from carts in favor of brick-and-mortar store fronts.

But these issues point to heightening tensions felt when a traditionally mom-and-pop business model is reframed to facilitate hyper growth.

These issues, according to the sources who spoke on condition of anonymity, have likely contributed to the unionizing efforts. In an emailed statement, a Blank Street spokesperson acknowledged the motion. “We care deeply about the well-being of our team. They are the foundation of Blank Street, and we strive to give them the best working conditions we possibly can. We are taking the time to listen to their concerns and are committed to giving baristas the information they need to make the best decision for themselves on unionizing,” the spokesperson said.

One current barista, who goes by L, and works in downtown Manhattan, came to Blank Street from Starbucks this past spring.

“When I applied they were on a huge hiring spree, and at that time they were only taking people with a decent amount of barista experience and other customer service expertise,” he said. The pay was a big draw for L; Blank Street has a program that also subsidizes baristas’ tips on days where they make less than that rate.

But, he said “my biggest beef with the constant opening of new locations is that, at the same time, it’s like pulling teeth to get them to resolve issues happening in pre-existing locations.”

For L’s specific location, he said the turnover rate has been high recently due to safety concerns. He spoke of frequent nearby break-ins and other incidents with unhoused people making both store employees and customers uncomfortable. He said he’s heard of similar experiences from other stores throughout New York City, and confirmed his team being approached by another store’s staff about unionizing a few months ago.

At his location, he said that the efficacy of security cameras, as well as faulty lock boxes, were big concerns among staff. He noted that on-the-ground managers made several attempts to make improvements, “but it took a lot of work to get upper level people at HQ to hear us out, including constant incident reports and talking to middle-level management.” Eventually, he said it took about four or five months for corporate staff to install a full-fledged security system.

According to Blank Street, the company has recently “started to see an increase in after-hours break-ins at some of our stores towards the end of this summer.” The spokesperson added: “We immediately brought on a security professional to assess our security systems and continue to make improvements for our team’s safety.”

According to the company, it has since made a number of changes, including updating all “lockboxes across locations in New York to an upgraded system, hiring security guards at store locations where needed and launching a new safety training program for the team.” The company said it also “closed multiple stores in recent months because we weren’t satisfied with the conditions we could maintain for our team’s safety, even though there’s an impact to our business. All baristas were transferred to other locations.”

Blank Street has also, like other retailers, faced staffing challenges this year. L said that sometimes at his store, a team member has been forced to work alone due to a staffing shortage, which he said has picked up over the last three to four months. As a result, there’s increased anxiety over operating the store safely — particularly if the team member had to open or close the store alone.

“As soon as we were alerted to concerns around safety during store opening and closing, we made sure to have two baristas staffed during those shifts as needed,” a Blank Street spokesperson said.

S, a former Brooklyn-based Blank Street barista who left the company in the spring, said he was attracted to the chain due to their tech-focused approach.

“Initially, the concept of working in a cart was appealing, and their hours were good because they didn’t open as early as other coffee shops,” S said. However, even during his early tenure in 2021, S began to notice flaws with the system.

“The carts were pitched to me as a system where they’re delivered to their location in the morning, and then taken away and cleaned and restocked at the end of day,” S explained. Sometimes employees showed up only to not see any carts on site, or have WiFi glitches that didn’t allow them to accept orders. “I would say about 25% of the time the WiFi and Square didn’t work, so we ended up with a bottleneck of orders coming in,” S added.

Blank Street’s first location was a mobile coffee cart at Brooklyn’s Wythe Diner in Williamsburg, Brooklyn, that opened in August 2020.

Another employee, J, who worked at a Blank Street cart last year, said that the carts weren’t well suited for extreme temperatures. “We were working in 95 degree-plus weather with a tiny fan,” she said. In the winter, she said “we were given space heaters, but encouraged not to use them because the cart only has so much battery.”

“We decided to close a number of our carts due to operational challenges — running a fleet of carts in extreme New York summers and winters proved challenging, and we learned a lot of lessons,” the spokesperson said. “This summer we moved away from carts in favor of our physical stores, where we can more easily ensure the working conditions for our team.”

Aside from these hiccups, ultimately, S left the company in April due to the longer operation hours, with Blank Street opening earlier and closing later than the originally promised hours of 8 a.m. to 4 p.m. “That was also when we went from two to three people opening and closing to just one, which is why safety has become a big concern,” he added.

J also added that more generally, she has concerns around how viable VC-backed startups are in the long run. “It definitely seems unsustainable, given how much starting pay is and the number of employees,” she said.

For its part Blank Street said its business model is “healthy,” as it’s currently growing in new markets. “When we open additional stores, we create more jobs and offer more hours to our team, a a spokesperson said.

Despite the technical issues, S said, in theory, Blank Street’s proposed model is an improvement on his previous physically-demanding coffee shop jobs. The app and automated coffee brewing are executed well, he said, but there are still a lot of disruptions within operations.

“I knew that they’d gotten an influx of money and eventually things were going to change,” S said.

Correction: This story has been updated to clarify that West Brooklyn Blank Street workers have not yet held an election to unionize. They have filed documents with the NLRB to unionize.