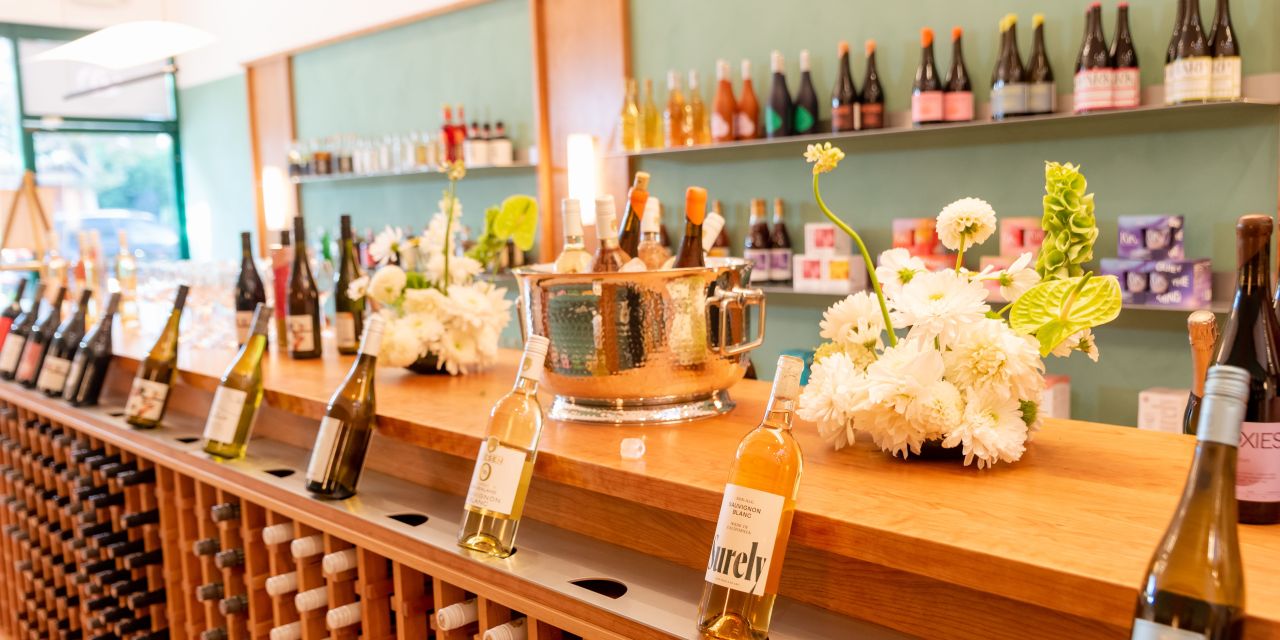 For much of the adult population, having a drink during holiday gatherings is second nature. But thanks to the rise of the non-alcoholic beverage category, the end of the year may no longer be exclusively dominated by booze.

A number of non-alcoholic beverage brands are using the increased popularity of the sober curious movement to promote their products as additional options for holiday gatherings. Larger spirits brands, meanwhile, have launched campaigns focused specifically on mindful drinking this holiday season. All in all, both strategies signal a shift in the way Americans purchase and serve alcohol around the holidays.

Startup zero-proof brands have been promoting sobriety for years — but even major alcohol conglomerates are participating in new ways. Case in point: Smirnoff’s newly launched mindful drinking campaign, a modern spin on the “drink responsibly” tagline.

Ana Fitzgibbons, Diageo’s director of alcohol in society in North America, said this year’s Drops of Advice campaign is about showing the group’s “commitment to promoting moderation.”

The campaign, featuring Diageo-owned Smirnoff vodka, launched in time for the Thanksgiving weekend and is currently being promoted across social media. Fitzgibbons said the idea originated when Smirnoff wanted to launch a campaign around mindful drinking, and avoiding topping up once they’ve had enough to drink.

“It’s important that the message is being delivered through lighthearted ads,” said Fitzgibbons. “We wanted to encourage mindful consumption during the holiday season without the finger wagging.”

Unlike past campaigns, Fitzgibbons said this one is more vocal and detailed in outlining tips on how to actually drink responsibly. Historically, the warning has been relegated to the end of ads or fine prints, but given the increased interest in mindful drinking, Fitzgibbons said Diageo wanted to create a clear call to action with Drops of Advice.

Similarly, this year AB InBev relaunched its campaign to promote responsible drinking. According to the beer conglomerate, the initiative is “part of our Smart Drinking strategy, AB InBev has committed to investing $1 billion in dedicated social marketing campaigns by 2025, having invested more than $450 million to date. As part of the campaign, AB InBev has been heavily promoting its non-alcoholic lines, such as Columbian beer Aguila and Budweiser Prohibition Brew. The company says its brands’ ads are approved to “not idealize harmful alcohol consumption or behaviors.”

These major campaigns come on the heels of a number of non-alcoholic beverage brands experiencing an increase in demand this quarter. According to founders who spoke to Modern Retail, this year marks a turning point for the category, which historically experienced the biggest spikes during Dry January.

Ted Fleming, founder of non-alcoholic beer startup Partake Brewing, said in the past few weeks the company has received an increase in orders in time for holiday gatherings.

“This year we’re seeing an increase in year-over-year sales, especially in reaction to office parties or holiday events returning,” Fleming said. “Having options beyond seltzer signals a welcome to the employee, assuring them that drinking isn’t required for participation.” And while January remains a big month for health and wellness campaigns, Fleming said in the past couple of years “more people have been looking for year-round moderation challenges.”

Similarly, spirit maker Ritual Zero Proof, backed by Diageo, ran a “Sober October” to help kickoff a “a more mindful drinking season,” according to the company.

Ritual co-founder Marcus Sakey told Modern Retail that increasingly, non-alcoholic beverages are becoming part of people’s everyday routine — whether they’re cutting back on alcohol or have taken up a mocktail-making ritual. As part of the sober campaign, Ritual has ramped up its social media content, including recipes and tips on how to create holiday-themed cocktails.

Operators of booze-free beverage shops say that in particular, alternatives to wine and sparkling beverages are selling well right now, given the festive nature of the holidays. Non-alcoholic brand Sovi Wine, for example is currently promoting holiday bottle sets as being “perfect for under the tree or to bring as hostess gifts at all of your holiday parties.”

“Customers choosing an alcohol-free night, or even those looking for the in-between drink, now have something that deserves to be served in a flute,” said Nick Bodkins, founder and CEO of New York City-based non-alcoholic retailer Boisson.

Douglas Watters, founder of Dry Atlas and booze-free bottle shop Spirited Away, said that while he saw a little bit of the trend emerging last year, more people are thinking to buy non-alcoholic beverages for parties this year. “I’m hearing from customers this season that it’s becoming less about specific individuals and more about having options for everyone,” Watters said.

Julia Littauer, co-founder of non-alcoholic brand Sovi Wine echoed a similar sentiment. “We like to talk about being inclusive with your drink options for the holidays and drinking mindfully,” Littauer said. “We recognize that everyone’s relationship with alcohol and drinking habits are personal.”

For both alcoholic and non-alcoholic companies, the idea is to accommodate factors like wellness goals, moderation and people’s evolving consumption habits.

“When you throw a dinner party, you check if a guest is vegetarian,” Ritual’s Sakey said. “Similarly, having just seltzer for those who don’t want to drink isn’t good hosting, frankly.”