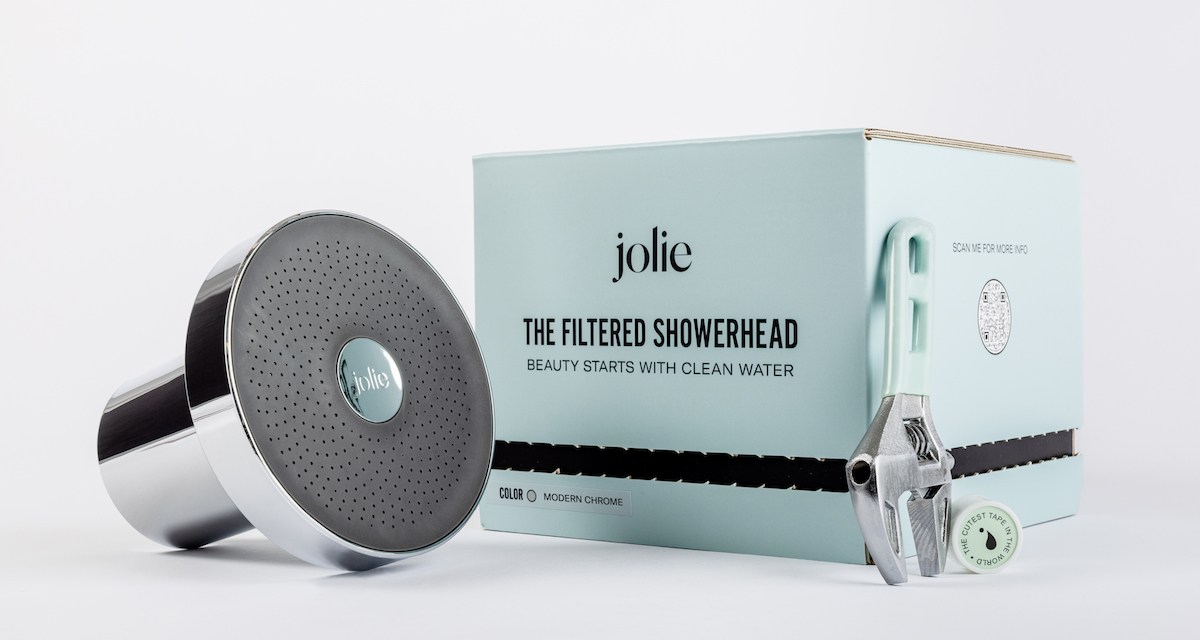 Jolie, a beauty startup that sells filtered showerheads, isn’t a DTC startup. Since launching in December of 2021, its products are now sold on Amazon, through Gwyneth Paltrow’s Goop and in select hair salons.

But Jolie was born out of some of the challenges CEO Ryan Babenzien ran into at his last startup, the digitally-native sneaker brand Greats. In 2019, Greats was acquired by Steve Madden after growing to about $13 million in revenue, the majority of which came through Greats’ DTC channel.

With Jolie, Babenzien aims to conquer a new category, armed with what he learned about what does and doesn’t work well in trying to scale a digitally-native startup. Namely, that a multi-distribution model is key to success, as is selling a product that people want to talk about the benefits of, in order to tap into the virality user-generated content. After launching in December 2021, Jolie generated over $4 million in sales in its first full year of business, while staying profitable. The young startup’s trajectory is one that many brands are increasingly looking to emulate, as more of them run into the limitations of the DTC model, such as high customer acquisition costs.

“Our intent was to build a profitable company. We’ve achieved that in the first year, [and] we’ll continue to run the business that way,” Babenzien said.

Babenzien founded Jolie alongside former consultant Arjan Singh. He said the business was mostly self-funded the first few months, but has taken on “a small amount of mostly non-institutional capital in the form of Safe notes.”

Babenzien told me that as he was looking for his next startup idea, he had three principles as a guiding framework. One, he wanted to sell a product that was universal in sizing. “Once you build a footwear brand that is primarily online, you learn a lot about the… inefficiencies of building a business with things that have multiple sides,” he said. Second, he wanted a product that fit into people’s routines.

And lastly — but most importantly — he wanted a product that would focus on vanity. “I think vanity is a big driver of our consumption decisions,” he added.

So, he settled on the shower. Specifically, showerheads. Jolie’s pitch is that beauty starts with clean water, and it has designed a showerhead filter that is designed to provide both optimal pressure and clean water.

“We are benefiting both your physical appearance and your well being. And that’s a really powerful product,” Babenzien said.

In turn, close to 80% of Jolie’s customer base is subscribers, with a churn rate of just 3% so far. Roughly 12% of the company’s revenue comes from Amazon.

While Jolie has relied on paid advertising to acquire customers in its first year, namely through Google and Facebook, Babenzien said that Jolie’s paid marketing strategy starts with user-generated content.

In its first year in business, Babenzien said that Jolie’s customers have generated 4,000 pieces of user-generated content across Instagram, TikTok and other social platforms. Some of this does comes from people influencers who have been gifted the product.

Babenzien said that the company is generally hands-off in encouraging people what to post about, “we certainly communicate that if you’re happy with Jolie, share it with your friends.”

Some of the UGC consists of customers talking about how Jolie has improved their skin and hair. Others are unboxing videos. Another popular format consists of customers installing their showerheads, aided by aesthetically-pleasing tools Jolie includes for easy install, like a mint-green wrench and a string of tape that’s labeled “the cutest tape in the world.”

“I was seeing everyone posting about this brand, Jolie skincare and the showerheads that they have, and people were saying crazy things, like they were noticing these differences in their skin, their hair that were kind of crazy, so I’m like I need to see what was going on,” one user narrated in her recent Jolie installation video, that received 2.6 million likes on TikTok.

Jolie’s not alone in embracing UGC. As Modern Retail has previously reported, more brands — especially within the past year or two — are turning to UGC to stretch their marketing dollars. With Facebook becoming more difficult to scale profitably in the wake of Apple’s privacy related updates, more brands are trying to subtly encourage customers to post photos and videos talking about how much they love that brand’s products, and then turn the best-performing videos into ads.

Lillie Sun, a marketing consultant that’s worked with DTC and consumer tech brands, said that she typically advises her brands not to pay users to generate content right off the bat. Particularly at a three or four person startup that’s just getting off the ground, Sun advises founders and marketers themselves to experiment with “churning out three to four pieces of content a week,” to see what does or doesn’t work before putting any paid spend behind it.

Sun also says that certain types of UGC might not make sense for every brand. For example, not every customer may be comfortable showing their face on camera in order to demonstrate how they use a certain moisturizer. But, “everyone can do an unboxing video,” and she suggested brands invest in their packaging and product to figure out how they can encourage more customers to post unboxing videos.

As Jolie’s word of mouth continues to grow online, Babenzien also hopes to grow the brand’s distribution. Jolie has started pitching hair salons on carrying its showerhead in their retail section, and he said he hopes to eventually develop a product specific for hair salons. Jolie also plans to launch a filter for the tub next year.

Given Jolie’s current run rate, the company is forecasting over $25 million in revenue next year. But, Babinzen said that his focus is on making sure that that growth still comes profitably.

“A lot of growth is paid for and bought,” Babinzen said. By contrast, he said Jolie has a “really unique business model,” with its focus on both profitability and growth.