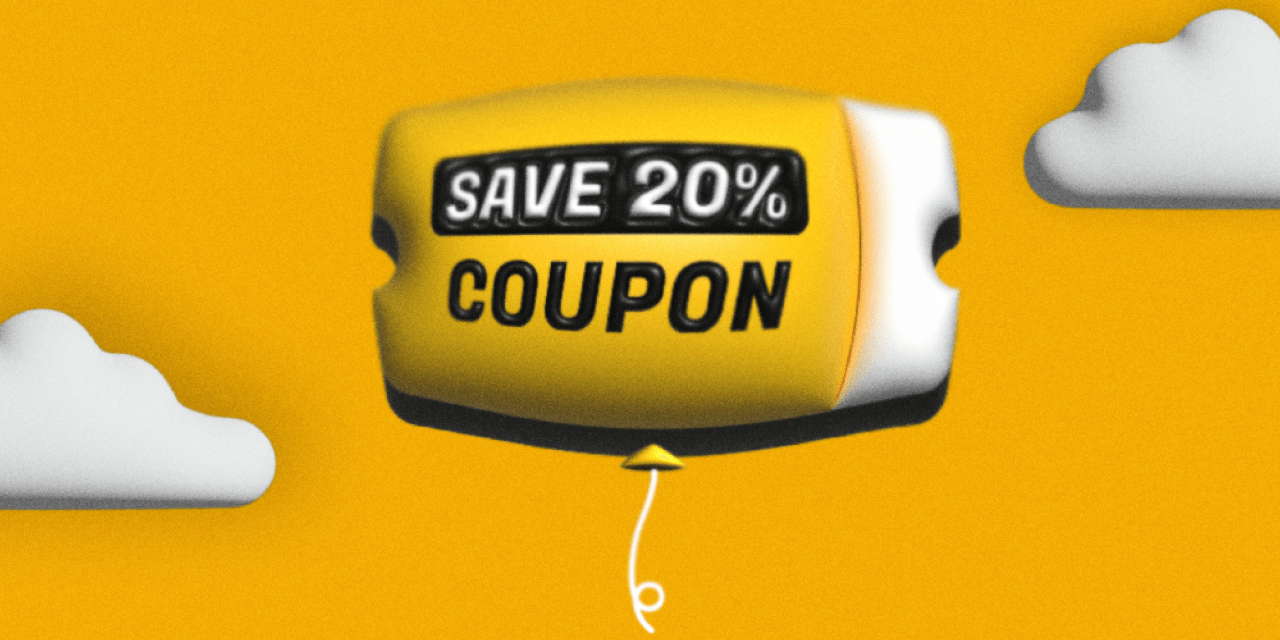 Digital promo codes have become a necessary evil for many e-commerce brands.

Numerous digitally-native brands use a 10% to 20% first-time discount code to woo new shoppers into making their first purchase. But, as they’ve started marketing across more channels, these e-commerce brands are now using promo codes as an attribution tool: create one unique promo code for a podcast, one unique promo code from a famous TikToker and use those promo codes to see where first-time buyers are coming from. But, given how easily these promo codes can be leaked across the web, many marketers now find they are struggling to keep coupon codes from leaking onto extensions like Honey, Retail Me Not and Capital One Shopping.

For new or bootstrapped brands, the revenue loss can especially add up quickly. Discount codes that were created for a specific campaign, but leak across the web, can cost a small DTC business tens of thousands of dollars. In turn, some software startups like Clean.io and the newly-launched Vigilance are entering the scene saying that they can help brands put a stop to promo code leaks.

There’s increased interest in these services from larger players as well, as evidenced by recent M&A activity. Clean.io, a coupon cleanup service founded in 2017 that works with brands like Rhone and Caraway, was acquired by cybersecurity company Human Security (formerly White Ops) last November for an undisclosed figure.

Vigilance, which launched in beta last year, was built to help online merchants “monitor coupon injections from popular extensions that can eat into retailers’ sales,” according to founder Dennis Hegstad. “We call it coupon hygiene,” Hegstad told Modern Retail.

“What we’re doing is letting merchants know when and by whom their codes are being applied,” Hegstad said. Vigilance says its software can inform merchants of a discount extension circulation within minutes, giving them an option to pause the code and then put orders on hold.

Vigilance began preparing to launch for Shopify Plus merchants last summer, and launched a pilot program in November with a select number of brands in time for Black Friday. Finally, the service launched on the Shopify app store earlier this month. So far, Vigilance has a set of about 100 merchants using the service, consisting of a mix of small businesses and direct-to-consumer startups selling on Shopify.

Personal safety alarm brand She’s Birdie was one of Vigilance’s pilot participants over the past few months.

She’s Birdie’s head of growth, Richie Mashiko, told Modern Retail that the company heavily relies on its ambassador program’s promo codes to acquire new customers. “In the first week of using Vigilance, we saved about $3,000 by preventing discount leaks — which adds up week after week,” Mashiko said.

This investment is a welcome relief, he said, following years of She’s Birdie’s large affiliate program resulting in thousands of leaked discounts and subsequent discounted orders. “We have about 4,000 ambassadors who distribute codes and receive a commission cut for conversions,” Mashiko said. While this group of ambassadors helps create brand awareness, Mashiko said the company often ends up giving away discounts without the exchange of first-party data like email addresses or phone numbers. “Even when we eliminate the people doing this, there’s usually a new batch soon after,” he said. “It’s a whack-a-mole situation.”

And so as the program has grown, She’s Birdie has noticed Shopify sales don’t always reflect organic conversion rates. “When someone is converting their followers at a 99% rate, it’s obviously suspicious,” he explained, adding that sometimes these codes are cross posted to websites like Honey. “Other times, we see people leave comments on our social posts with their promo codes, and it’s frustrating to keep track of who’s abusing the program,” Mashiko said.

Coupon codes have exploded in popularity not only because they can help startups win over hesitant first-time shoppers, but also because it helps brands solve a number of business challenges along the way. For instance, coupon codes have become a staple of influencer marketing programs: in order to most effectively track which influencers drive which sales, companies sometimes create a unique discount code for each influencer. Coupons can also help brands gather more first-party data, sometimes by requiring customers to enter their email address or phone number.

As State Bags CMO Meghan Holzhauer put it, “coupon code strategy is an important, but challenging, element of the e-commerce funnel.”

“They help move customers across the finish line towards conversion, but you want to walk the fine line of making sure codes are only available to the people you want to have them,” she said.

This poses a dilemma for a brand like State Bags, which runs selective promotional campaigns throughout the year. “You don’t want codes to end up on all of the coupon sites and available to any customer with a Honey plugin or a quick Google search to find your codes,” she added.

State Bags doesn’t have an official coupon interject vendor at the moment, but Holzhauer said the company is diligent about keeping track of unique coupon codes. However, she noted that auditing discount code applications in real time is very time consuming. Not to mention, manual filters are not always foolproof, given the speed that some customers are able to apply discount codes and checkout. Holzhauer did not disclose loss figures from these leaks, but said the company is increasingly on the lookout for backend solutions.

The promo leak issue is even impacting these brands’ future discount marketing strategies.

For She’s Birdie, Mashiko said these discount code leaks have created some philosophical questions around giving influencers a promo code to circulate to their followers on behalf of the brand. But for now, he said using a service like Vigilance is keeping things in check. “Even if these vendors don’t have a perfect success rate, it’s a start to combating the problem,” Mashiko concluded.