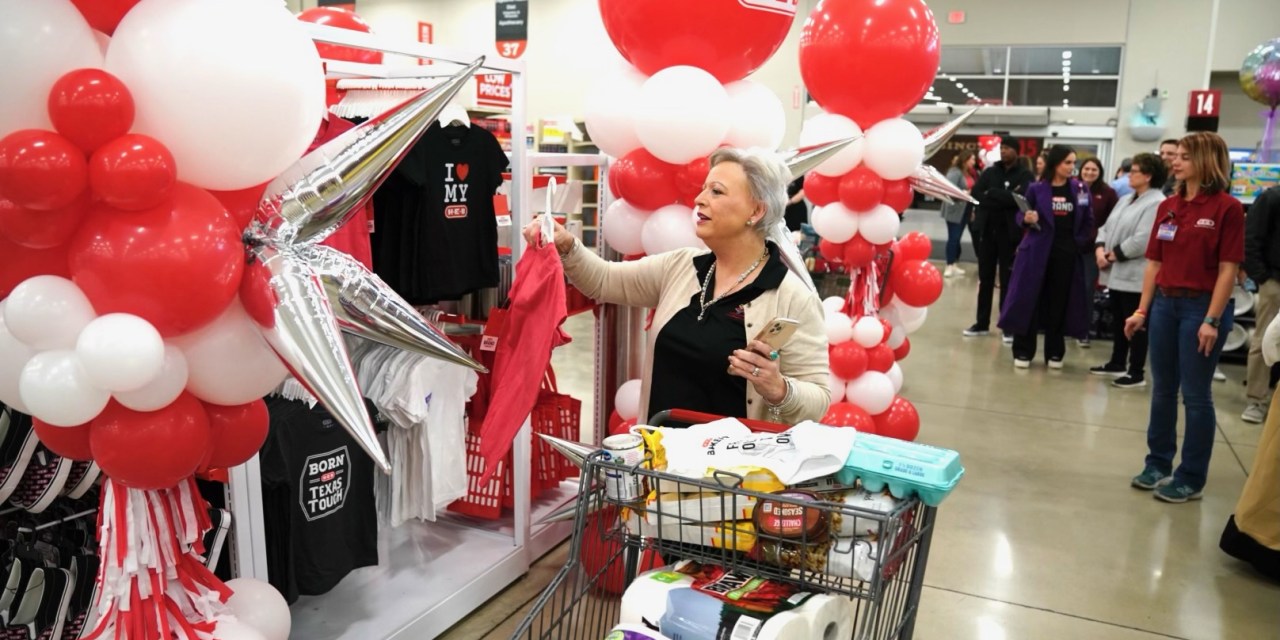 Nestled in between aisles full of essential grocery items are rows of t-shirts, mugs and koozies with the H-E-B logo printed on them.

In November, supermarket chain H-E-B launched its own H-E-B branded shop at its Kerrville, Texas store and intends to roll them out to other stores next year. Its merchandise — which includes apparel, accessories and toys, among other items — are meant to “cultivate H-E-B fandom,” according to a press release.

Much like H-E-B, grocers and convenience stores that have dedicated fandoms like Aldi and 7-Eleven have also recently released new lines of branded merchandise. Selling products embellished with large logos of retailers is a common low-cost marketing tactic among many CPG brands. Although these products are largely seen as a marketing play, these branded products in some cases can go so popular that they can produce a significant amount of sales.

“If someone buys branded merchandise, they basically become a walking billboard for your brand,” said Blake Droesch, senior analyst at market research firm Insider Intelligence. “It will tell people that there’s a group of people who have a really strong allegiance to that particular brand, and it can create value.”

7-Eleven is using its merch not just to sell to shoppers but also as props in its social media accounts. In a video posted on 7-Eleven’s TikTok page, content creator Ashley Yi wears a sweatshirt embroidered with the company’s logo. In another video, account moderators show off their outfit of the day but they were dressed entirely with 7-Eleven apparel. 7-Eleven launched its online merchandise shop in August, called 7Collection and soon followed it up with a festive assortment last month. Shoppers can find these products on 7-elevenshop.com.

7-Eleven did not immediately respond to requests for comment on why it chose to invest in branded merch.

Similarly, convenience stores like Wawa also feature their merch for social media content. Although the company sells swags like sweaters and hoodies, Wawa also frequently uses them for giveaways.

Droesch said that, in most cases, branded merchandise isn’t exactly expected to be a revenue generator, but rather a brand-building tool. He said that during a time when shoppers are more susceptible to switching to different retailers, it’s more important now than ever to maintain their loyalty.

“With grocery inflation, brand loyalty is at an all-time low,” Droesch said. “Historically, people are really gung ho about their grocers… but it’s a tough time right now.”

The extra sales from these merchandise, however, can’t be ignored. Canned water company Liquid Death previously told Modern Retail that it made $3 million from company-branded products last year.

When German multinational chain Aldi launched a clothing line in the U.K. back in April last year, it quickly sold out just days after it was released and appeared on Ebay for more than triple the price. On the back of its successful line, the retailer followed it up with a holiday Aldimania collection months later.

In April this year, Aldi released a collection of clothes and accessories, called Aldi Gear, all under $10. Last month, Aldi yet again released an Aldimania assortment of casual sportswear, which fans have playfully called “Aldidas.”

“We have an incredible fan base at Aldi, with many shoppers who love our products because of the fantastic quality and low prices we offer, so the success and popularity of the range didn’t come as a huge surprise,” an Aldi spokesperson told Metro.co.uk. “However, nothing could have prepared us for the speed at which it sold out.”

Like any investment, releasing branded merchandise also comes with risk. Ross Cloyd, director of grocery retail insights for Kantar, said that retailers risk having too many unsold items if the collection doesn’t resonate with shoppers, which would then force them to mark down those items. Retailers could also mispredict the interest their loyal shoppers have for their merch, he said.

“If they sell out faster than what they ordered, that is a missed opportunity as well,” he said. “So but the risk is really what is that right number of forecasts.”

However, experts said that in order for this marketing tactic to work, brands must already have an established fanbase and a strong brand identity. They said it would be much easier to capitalize on their loyal shoppers than it is to create them through this marketing method.

“It’s going to take a strong brand for that shopper to purchase that gear and to wear that,” Cloyd said.