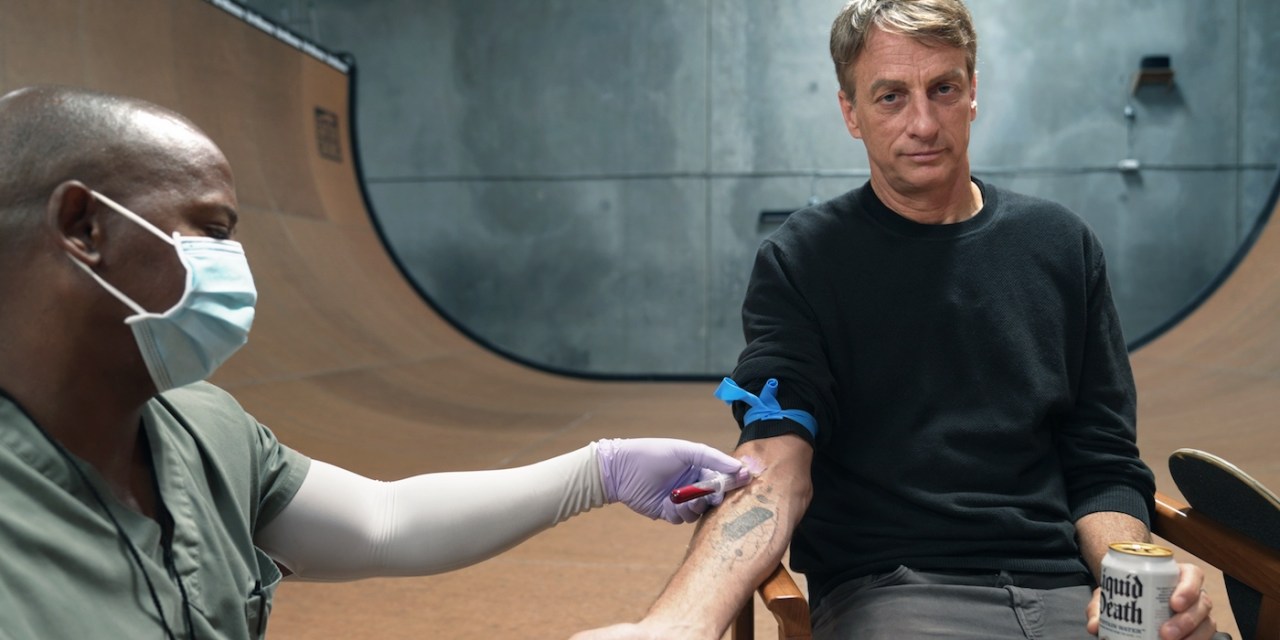 Since launching in 2019, canned water company Liquid Death has been looking for new ways to figure out just how much its customers are willing to shell out for company-branded merchandise.

Last summer, the company advertised made-to-order Liquid Death branded vending machines, that totaled nearly $6,000 a piece. The goal, according to CEO Mike Cessario, was just to see how many customers were willing to buy them. The answer: four.

Merchandise has always been a part of Liquid Death’s marketing strategy; the company started telling t-shirts just a few months after launch. But what started as a marketing expense has now become a “revenue driver with great margins,” Cessario said. Liquid Death brought in nearly $45 million in sales last year, and $3 million of that came from merchandise. In November, Urban Outfitters started selling Liquid Death merchandise.

Merchandise sold by Liquid Death ranges from $14 dog toys to $500 mini-fridges. The company also has an affinity for outlandish, edgy drops. Last year, the company sold 100 skateboards in which the blood of industry legend Tony Hawk had been mixed into the paint. The skateboards, priced at $500, sold out in under 20 minutes.

Beyond accessories and apparel, Liquid Death sells just two other items: still water and sparkling water. By Cessario’s own admission, the company’s differentiator lies solely in marketing. Designed to look like a tall boy with heavy metal-inspired branding, Liquid Death’s goal was to give people something more interesting-looking to sip on at a concert or a party if they aren’t drinking alcohol.

Liquid Death launched in 2019 as a direct-to-consumer-only brand and today is carried in more than 29,000 stores, including through national chains like 7-11, Whole Foods and Safeway.

But Cessario said that before getting into retail, “we had to prove out that there was a huge market who wanted this and were not offended by [the branding].” One way to prove that that out was through merchandise.

There’s no strict cadence Liquid Death follows for merchandise drops, but Cessario said the company typically releases three to five items per month. More than 50% of people who buy water through Liquid Death’s site also attach merchandise to their order. “We don’t do a lot of fancy promotion — we have a huge cult following and email list,” he said.

Liquid Death has a “country club” membership where customers are invited to “sell your soul” in exchange for early access to limited-edition drops, among other perks. Cessario said that more than 200,000 people have handed over their souls — and, their email addresses — to the country club.

These days, direct-to-consumer brands in categories as disparate as coffee and beauty are selling their own merchandise as they are continuously in search of low-cost ways to get the word out about their company. In rare cases some of these branded products are able to accumulate a cult following that rivals that of a company’s hero product. Glossier accumulated a 10,000 person waitlist when it did a limited-edition drop of a pink branded hoodie couple of years ago.

Chris Toy, CEO of freelance marketing platform MarketerHire, said that selling merchandise is an appealing marketing strategy for a lot of brands because “if you do it well, you can do it at a profit.” But for most companies, merchandise “is not your core product,” he said.

If, say, a peanut butter brand wants to start selling t-shirts — that means they might have to start investing more in processing returns or learning about sizing, tasks that might not come as easily to a CPG company.

Still, Toy said that building a sizable merchandise business can be one way for businesses to prove their brand really does have a loyal following, that goes beyond interest in one product. “Once you’ve gotten big enough and you have a real brand – you can sell whatever you want,” he said.

Cessario said that in the coming year, there’s no plans for the company to slow down on merchandise — Liquid Death-branded hockey jerseys will be available for sale next month.

“When you can actually make revenue off the marketing directly, it kind of means there’s no limit to how much you can do,” he said.