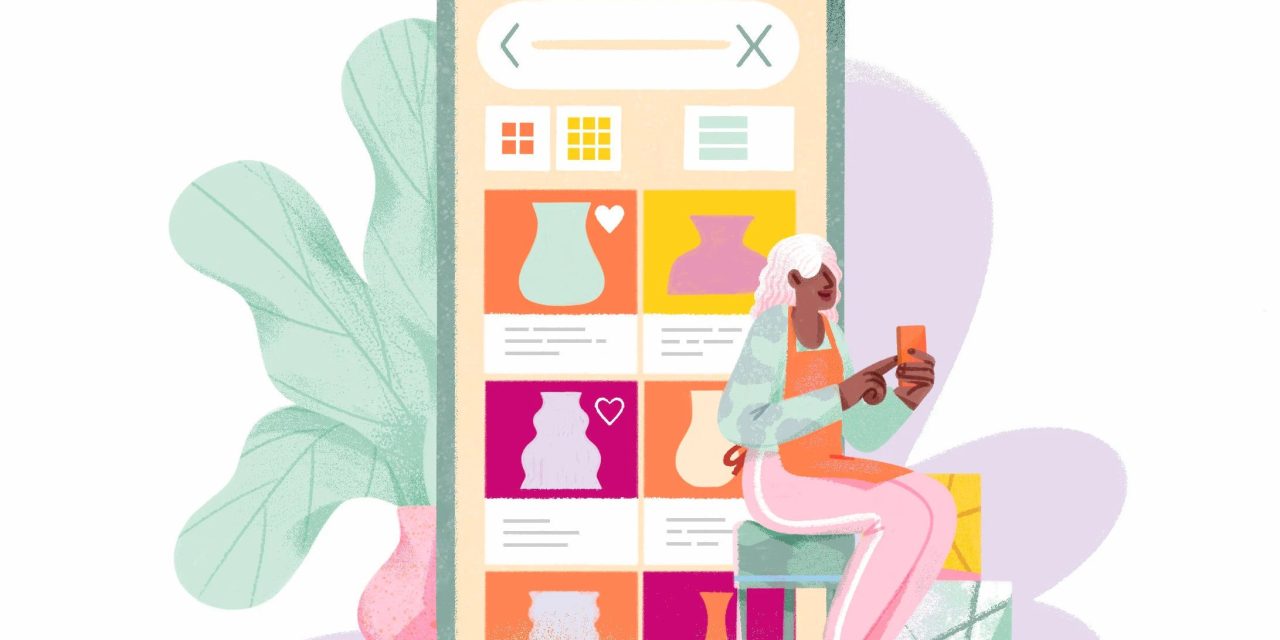 Following a year of changes at Etsy, some independent sellers are experiencing a slower-than-usual holiday season.

In April, Etsy increased its transaction fees from 5% per sale to 6.5%, marking a 30% increase for sellers on the platform. The changes caused an uproar among sellers and resulted in a strike last spring, as shop owners protested the new model Etsy implemented.

According to the company, 2022 marked Etsy’s biggest Black Friday sales event, helping its shares surge following the Thanksgiving sales weekend. However, a number of sellers on the platform say they’ve had to resort to heavy discounts and cross-promoting their Etsy shops in order to see sales from this holiday season’s traffic spike. Speaking to Modern Retail, a number of Etsy shop owners pointed to inflation as being largely to blame for slowing sales. However, they also noted that higher fees and fulfillment costs haven’t helped, making this one of their slower end-of-year seasons in the last couple of years.

In an email to Modern Retail, a company spokesperson reiterated that 2022 marked Etsy’s biggest-ever cyber week event, noting that the event “offered up to 60% off from participating sellers across a range of categories.” For its part, Etsy says it has also created a handbook of pricing and promotion tools to support sellers during the busy season. “We also launched a new Etsy Seller app with more tools and features to make it even easier for sellers to run their businesses on the go,” the spokesperson added.”

But Fawn S., an Indiana-based store owner who spoke to Modern Retail, said that overall she’s seen a lower sales volume this quarter compared to last year and even 2020. “Etsy changes have definitely negatively affected my sales and exposure as a whole,” she said. “Traffic has been down as well, but I do in-person events and then cross-promote on multiple social media to push it back up.”

Fawn said it’s gotten harder to turn a profit on her already low margin sales, “especially because I have items as low as $1.” Her higher cost pieces are usually personalized commissions, which tend to receive fewer orders.

“I know the economy is not helping either,” Fawn said, noting reports of customers pulling back on non-essential purchases this year. “I still do okay, but it was easier and more successful before Etsy implemented its changes that focus more on profits,” she added.

Another seller, who asked to remain anonymous and goes by they/them pronouns, also agreed that the new fee structure has impacted their holiday strategy. Instead, this seller is in the process of moving their handmade jewelry shop to an independent website and promoting the site through social media.

The turnover among smaller sellers comes at a time when Etsy is running a splashy holiday campaign, including TV spots highlighting the independent artisans on the platform.

“Our holiday TV campaign tells the story why Etsy is different and highlights the kinds of personalized gifts you can buy on Etsy,” Etsy CEO Josh Silverman said in an email statement. “In fact, a recent consumer survey in our top three core markets showed that, while holiday shoppers and, even more so, Etsy buyers, will be looking for sales and discounts with an eye on affordability, finding meaningful high-quality gifts is the most important thing for holiday season shoppers.”

Other seller-focused programs included the first-ever Etsy global holiday kickoff event in September. The virtual event featured “access to trends, tools and actionable takeaways to help sellers’ shops get discovered and grow,” according to the company. Topics focused on marketplace insights and trends, social media strategies and SEO tips.

One seller, Jessica Jewett — who sells art prints on her Etsy shop — offered a 20% discount during the Black Friday through Cyber Monday weekend in hopes of enticing visitors to checkout. Despite the promotions, Jewett has received less than half the orders she had last November, which she attributes to overall lower volume in orders on Etsy. And while traffic has been consistent, there are less orders coming in. “My hunch is that people are window shopping,” she said. “Last November I had 46 orders, and this month I’ve had 18 so far.”

Overall, Jewett said the slowing sales are likely due to a combination of inflation and higher overhead costs on Etsy this year, including shipping.

“It’s been rough for about six or seven months,” Jewett said, referring to the higher fees that Etsy implemented during spring 2022. “I’m either going to have to stop offering free shipping or I’m going to have to raise my prices soon.”