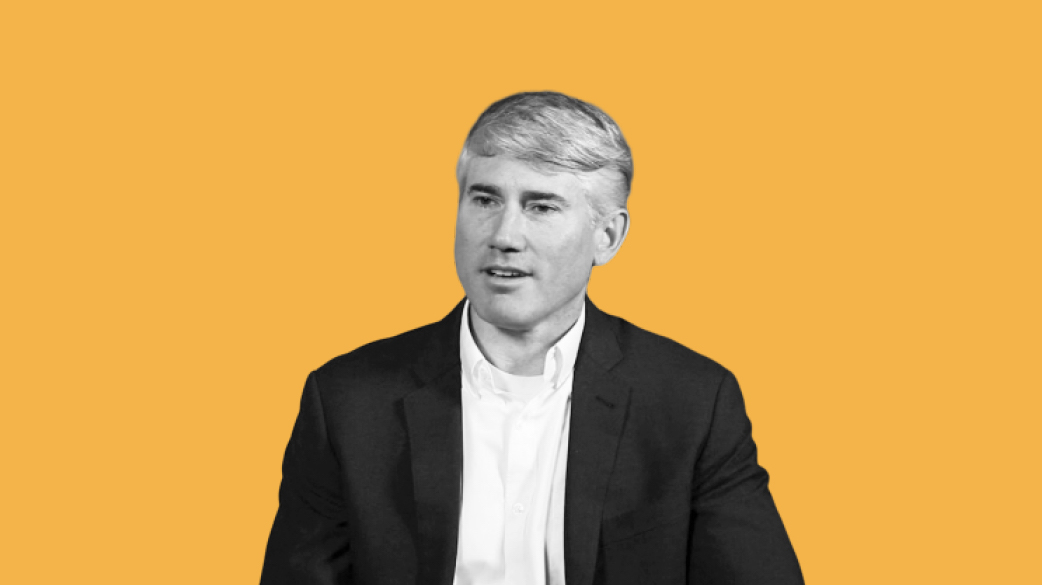 Luggage startup Away has a lot on its plate. After raising $100 million in funding earlier this year, the company announced that it plans to open 50 new stores in the next three years, and grow its international business 10 times in the same time period. It’s also looking to expand beyond bags, and into apparel and CPG products. On top of that, the company was the subject of an investigation by The Verge into what some employees deemed to be a toxic work culture, fostered by CEO and co-founder Steph Korey.

So it doesn’t come as a complete surprise that the company named a new CEO this week. On Monday, Away announced that Stuart Haselden, currently Lululemon’s COO will replace Korey as CEO come January. (Away declined to make Haselden available for an interview, as he’s still at Lululemon).

Lululemon is far past the startup stage — the company did $3.3 billion in sales during its last fiscal year, while Away did $150 million in sales in 2018. But, Haselden has experience navigating some of the key challenges Away will face — namely, evolving a company’s brand identity as it expands beyond its core product, and developing a comprehensive plan for international expansion.

“For digitally-native vertical brands, many of them are at this really critical inflection point where they’ve got to figure out how to execute at a much greater scale,” said Steve Dennis, CEO of retail consultancy firm SageBerry.

Haselden first joined Lululemon in 2015 as the company’s chief financial officer. At the time, Lululemon had 302 stores. But all except three of those stores were located United States, Australia and Canada. When he took over as chief operating officer in 2018, Haselden set in motion a plan to expand Lululemon’s international business into Asia and Europe. Earlier this year, the company set a goal to quadruple its international business by 2023.

Lululemon’s been able to rapidly increase international sales simply by opening more stores — the company expects to open 30 stores outside of North America this year. During its second quarter earnings in September. Lululemon reported that its revenue in Europe grew 35% year-over-year, while sales in Asia-Pacific grew 22%.

But Haselden has also tried to grow international sales by creating a more localized e-commerce experience in each of the markets it wants to capture more sales in. Within the past year, Lululemon has relaunched its China, Japan, South Korea Germany and France websites, to feature local models as well as the most popular products in that country on the home page. Lululemon’s been hosting more events to raise brand awareness in some of its newer markets. Next year, it will bring Sweatlife Festival — a multi-day fitness event that the company first started hosting in London — to Paris.

“The’ve been able to localize all across the globe and especially become more of a community hub — to get the customers to understand the sort of lifestyle they’re trying to promote,” said Jessica Ramirez, retail research analyst at Jane Hali & Associates.

Away does not yet have the scale to open dozens of stores in new stores, or even create local websites for each of its markets. But, as a four-year-old company that still has relatively little market penetration, creating a consistent brand identity across new markets will be critical to its expansion. And that’s the experience Haselden has.

Events have also been a critical component to Lululemon’s strategy to draw more foot traffic to existing stores — a strategy that was in place before Haselden joined the company, but something that he may bring to Away as the company seeks to open more stores. Each Lululemon store gets a quarterly events budget, according to a former community manager. At Lululemon, area community managers help develop a community-building and events strategy for a stores in a specific region.

“He [Haselden] was very thorough about interacting with everyone,” said the former community manager, who met with Haselden once when he visited one of the stores she worked with in 2017. “We had a men’s designer in our store the week before, and he knew that they had been in to visit, and asked how that went, and how that interaction was like.  It wasn’t like he was somebody that was completely disconnected with what was going on.”

Haselden oversaw Lululemon’s initiative to re-position itself as a brand for both men and women. At the end of last year, about 70% of Lululemon’s sales came from women’s clothing, but Lululemon hopes to double the size of its men’s business by 2023. To do so, the company has focused on adding more men’s sections to its existing stores. While the company experimented with opening men’s only stores, earlier this year it found that about 40% of its men’s products are bought by women, and so including men’s and women’s sections in the same stores make it easier for both customers to discover products in the other department.

Away is also undergoing a similar reinvention, as it looks to position itself to customers as more than just a luggage brand. Earlier this year, the company hired both a head of apparel, as well as a head of CPG. However, Away’s ability to successfully expand into those categories depends not just upon its marketing efforts, but also on its ability to build out full apparel and CPG teams who are skilled in sourcing and product development.

“When you start to get into apparel, you are talking about a much higher SKU intensity [than luggage],” Dennis said.  “You’ve got to generally deal with more sizes, you’ve got different fit and quality issues…generally speaking its more complicated to get the product right.”

But first on Haselden’s agenda will likely be figuring out how to reposition Away as a good place to work to potential employees, in light of the Verge’s article, which painted Korey as a micromanager who enabled a toxic work environment. One former employee told the Verge that they felt that the mission Away sold to its employees — that they were building an inclusive brand to make travel easier — “was just a smokescreen to get employees to work harder and longer.”

“It’s hard enough to be successful in retail today, let alone if you don’t get the culture right,” said Dennis.