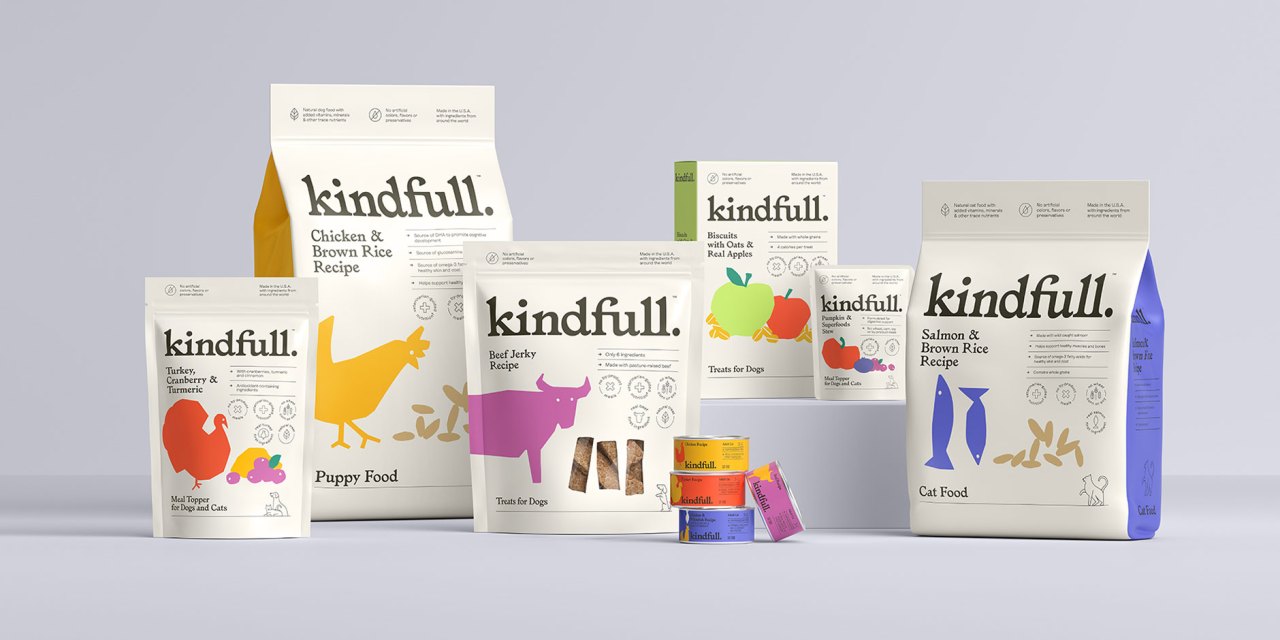 Last week, Target announced it was expanding its private label selection to include a premium pet food line called Kindfull — making it the latest retailer to try to crack the increasingly crowded space.

In the spring, Walmart added its own premium private label pet food offering, Pure Balance Pro+, with prices ranging between $10 and $30. Amazon launched dog food through its pet brand Wag in 2018, and this past June, Modern Retail found that Amazon extensively pushed Wag products to shoppers: Wag had three of the five top-performing pet products on Prime Day. Dollar General, Costco, Kroger and many others offer in-house pet food lines.

In 2020, pet adoption rates hit record levels, leading to a boom in pet product sales that occurred not just at specialty stores but also at major, big-box retailers and e-commerce platforms. That is because big-box stores and supermarkets alike have been building out their pet offerings for a few years — Walmart in 2019 added in-store vet clinics, and retailers like Target have, since the start of this year, formed partnerships with pet startups like Wild One. The average U.S. household spends $500 a year on pets, making them a consumer retailers are increasingly eager to unlock — and retailers see adding their own lines of pet food products as a way to capture the spending of this new group of pet owners.

For Target, adding pet food is a logical extension of its growing array of private label lines, which now total 48. In its most recent earnings report, Target chief growth officer Christina Hennington said that Target’s private label brands grew faster than the rest of its inventory, and she said that she expected private label would be a “huge part” of the company’s future. But as sales in the pet category surge over the past year and a half, pet food has gained a lot of popularity as a private label product for retailers and grocery stores.

“The potential of private label in pet food has been long demonstrated by the success of Walmart and Costco with private label pet food, and more recently by the success of Chewy’s American Journey,” said David Sprinkle, research director for Packaged Facts, in an email to Modern Retail.  “A retailer’s pet category performance is not simply about the dollar success of the pet aisle,” he said. Instead, pet food, because it is a frequent purchase with a high degree of customer loyalty, can impact where customers do the rest of their shopping, too.

Sprinkle noted that own-brand pet food tends to have roughly a 50% profit margin — which, while not as high as other pet products (he said pet toys have a 70% margin, for instance), is an attractive amount for such a frequent purchase. On the backend, it is also a highly consolidated market. Last year, two of the biggest manufacturers merged to form a company called Alphia, which manufacturers private label pet food for dozens of retailers. Sprinkle said it is “one of the largest, if not the largest, private label pet food manufacturer in the world.”

With $22 billion in annual consumer spending, according to a report this month from market research firm IRI, pet food is the fifth highest-selling CPG product, above wine (#6) and below carbonated beverages (#4).

Overall, private label represents only a small portion of the pet products market. Over the past 12 months ending in June 2021, private label pet products brought in $6.2 billion versus $33.5 billion for national brands, according to the IRI report. Its total unit sales have continued to grow this year: Private label sales by unit jumped 11% in the past 12 months, while national brands remained flat. And although sales in pet-focused retailers have largely stagnated — unit sales have actually fallen 2.6% over the last 12 months, according to IRI — customers are increasingly turning to other retailers to get their pet food. Over the past year, club stores like Costco and Sam’s Club saw their pet product sales grow 8%, while dollar stores saw a 7.1% jump.

In their respective press releases touting their new private label lines, both Target and Walmart played up quality, in addition to price. Target said the majority of Kindfull products will cost under $10, and contain products such as pumpkin and tumeric toppers.

Until recently, “private label products were seen as a lower-priced alternative to national brands,” said Joan Driggs, VP of content and thought leadership at IRI, but she said that “the price gap has been narrowing” more recently, “especially considering the multiple tiers of private brand products some retailers offer” — meaning the addition of more premium food options.

Part of the recent interest in the space might just be a delayed reaction to older trends, said Sprinkle. “It is true that some chain retailers, including some grocers, have in the past been underwhelming in their private label pet food offerings,” he said. He attributed that largely to the “longstanding strength of mass-market pet food brands,” which might have dissuaded retailers from attempting to generate their own private label offerings in the space. By rolling out both low-cost private label products as well as increasingly premium options, they are filling out their offerings in a booming category.