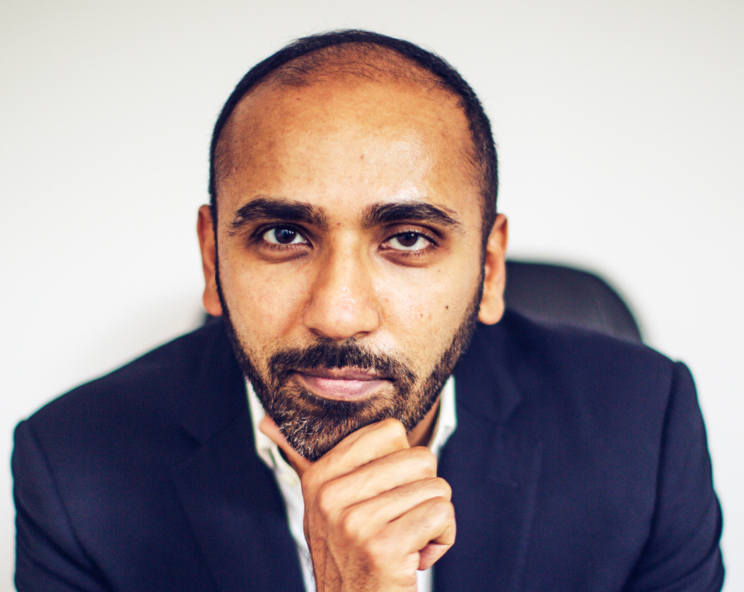 When Moiz Ali sold his natural deodorant brand Native to P&G in 2017 for $100 million, it was one of the first major acquisitions among the spate of then-disruptive direct-to-consumer brands. These startups — ranging from eyeglasses brand Warby Parker to mattress company Casper — were among the first to take advantage of Shopify and cheap Facebook ads in order to build their businesses when they launched in the 2010s.

Four years after Native’s exit, there are many more DTC exits that aspiring entrepreneurs can view as case studies. This year, a record number of companies went public, including notable consumer startups like Warby Parker, Allbirds and the Honest Company. While not all of these companies have succeeded on the public market — Casper recently announced it would go private after a bruising two years as a public company — Ali views more IPOs as a positive.

“That’s obviously not the best outcome for Casper and its employees and its investors,” Ali said in an interview with Modern Retail. “But it’s also exciting to see these [DTC] businesses live full lifecycles, and realize this industry isn’t nascent anymore, but it is commonplace and becoming a real part of the Dow Jones and NASDAQ.

Ali left P&G in 2020 and, since then, has kept busy as an angel investor. Ali’s investments include consumer startups like Cadence, which sells refillable travel bottles, and enterprise software startups like SaaS startups like Postscript and Gorgias. His most recent investment, as of this week, is a chip brand called The Good Crisp.

Modern Retail spoke with Ali about what he looks for in an investment, and how he thinks the consumer landscape has changed since he started Native. This interview has been edited for clarity and length.

What do you look for when deciding whether or not to invest in a company?
I think most investors say that the thing they look for is the team — who is the person running the business, and do you believe in that person? There’s a lot of truth to that, but I put a little more weight than most investors on product — especially with consumer brands. What is this product doing, is there product-market fit, is there a need for it [and] have consumers demonstrated they are willing to pay for whatever they are creating?

And then I look at team. And then, obviously, traction.

Can you tell me more about how you look at product-market fit? There are so many different consumer startups these days, in so many different categories, how do you try to figure out who can rise above the competition?
I will often try to look at their website and reviews  — and I will go so far as to Google them, look on Reddit; are there any reviews, positive or negative of the brand? Are there any reviews on Twitter? So, outside of the ecosystem [that] the brand itself controls.

Often I will also ask for access to their Facebook ad platform to understand what kind of ads these guys are running. What does CPA look like, what does click-through rate look like, is there engagement, what does the engagement look like?

Once you get into the details of Facebook ads, you have a great understanding of, ‘is this brand on the right trajectory, or is this sort of a Q4 thing that really made them grow?’

How do you feel like the consumer landscape has changed since you started Native?
2021 was probably the first year that we saw maturity in the direct-to-consumer landscape. For a few reasons: one, there were genuine headwinds to the industry. Over the last five to seven years, the e-commerce industry has only seen tailwinds: cheap Facebook ads, better software being released, easier to launch a startup, more contract manufacturers being ready for this, more retailers leaning into direct-to-consumer businesses. So that’s been fantastic.

2021 saw headwinds when it came to Facebook ads, it saw increased costs when it came to freight, it saw delays everywhere and it saw the return of the brick and mortar store. So I think for the first time there were headwinds in the direct-to-consumer industry.

We saw Casper go public and then go private; they went public earlier, it didn’t do very well on the public market and then went private — or at least announced they were going to go private. I feel like Casper might be the first business we have seen that has taken eight years to live an entire lifecycle, [a lifecycle] we would see for other publicly traded businesses that would normally take 30 years. We saw a company launch, grow, go public and then — not suffer but, perhaps, not live up to expectations as a publicly-traded company. And then go private again.

Do you think all of these startups should have gone public? How do you think through when it makes sense for these types of startups to go public or not?
It is hard for me to sort of judge when to go public for somebody else — they have got so many things they have got to be concerned about. Part of it is, when do my investors need liquidity? When do my early employees need liquidity?’ There could be people banging on the door for that, there could be people going ‘hey I’m excited to not go public.’

I think one of the things that has become crystal clear is that direct-to-consumer is not a traditional venture back-able type of category, as compared to software or marketplaces. These businesses have really taken body blows as publicly traded companies. Allbirds is down [more than] 50% since they launched, Rent the Runway is down [more than] 50% since they IPO’d, Honest Co is [as well]. The benefit that you have in private markets is that you can get people excited about your business and they give you a valuation and you can stick to that valuation until your next round.

That is not the case here — these businesses are taking real body blows. To the extent that they were trying to get liquidity for their early employees, that outcome has really changed over the last few months as these businesses have gone public. But it’s early on — these guys are young entrepreneurs and… I am excited to see them try.

So what do you make of all of these companies taking hits on the public markets? What potential significance do you think it holds for the trajectory of the rest of the direct-to-consumer space? Do you think it risks turning other investors off from the space?
I think it does, but I think it’s actually a good thing. If there are investors who are saying ‘we are expecting a 500X return on this investment in the direct-to-consumer business’ — this just isn’t a winner-take-all industry like marketplaces or even software businesses sometimes can be. These are businesses that have a lot of different outcomes, and very different risk profiles. I think some investors shouldn’t sign up for that if that’s not what they are underwriting. They should be like ‘I am signing up for a 10, 20X return.’

I also think it forces e-commerce businesses to mature in a way that they should. They need to focus more on profitability.

I remember I tried to invest in Rent the Runway [in 2009]… That was twelve years ago — and that is not a short period of time. You really have to build a business that is sustainable and profitable in that period of time. And if you don’t, there has to be a clear path to profitability sooner rather than later.

E-commerce businesses need that sort of awakening, and if they don’t have that awakening or they are unwilling to leave up to those ideals, they are going to suffer on publicly-traded markets.