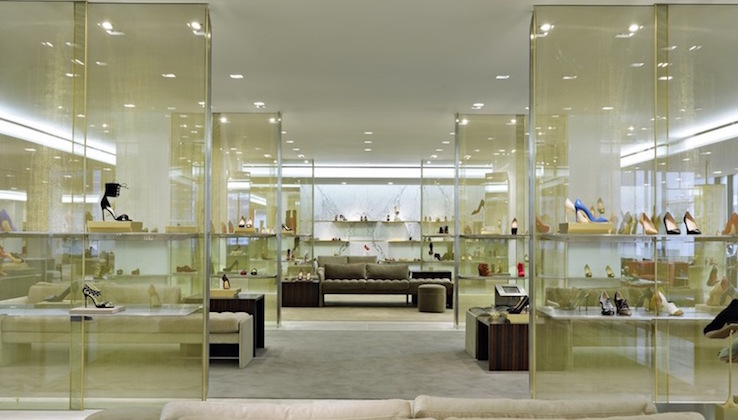 But the rent increase was only the final breaking point in a years-long lead up to Barneys’ decline. A series of business deals saddled the brand with too much debt — the company disclosed annual sales of $800 million in its filing and $200 million in funded debt obligations– that led to a degradation of customer service from top-line pressures and a loss of identity helped seal its fate well before rent skyrocketed.

“The rent increase hit the brand at possibly the worst time, but this was a long time coming,” said an agency source close to Barneys who asked to speak on background. “It was inevitable.”

Particularly, Barneys’ 2007 sale to Dubai World, a global holding company which bought the retailer for $942 million in a purchase that included $500 million in debt, resulted in an “impossible” debt structure, according to the source. The move, which came 11 years after a 1996 Chapter 11 filing, ultimately squeezed Barneys top line and ability to invest in its competitive advantages, which were customer service and curated inventory from up-and-coming designers that other department stores overlooked. At the time of its filing, Barneys owes 5,000 creditors tens of millions of dollars, including brands like The Row, Celine and Chloe.

“The seeds were sown at the time of that purchase,” said a retail analyst under condition of anonymity. “It created a doom loop that ultimately ended up feeding off of itself.” The analyst added that without the ability to continue investing in what set itself apart, as well as new commands from e-commerce shopping, foot traffic fell and luxury customers continued to seek out new places to shop.

Dubai World sold Barneys in 2012 to Perry Capital, which swapped its debt holdings for equity and reduced its debt from more than $500 million to $50 million. It was a “light at the end of the tunnel maneuver,” according to the agency source, that provided Barneys a way out. After the sale to Perry Capital, Barneys reopened its Chelsea store, returning to the location it left following its first bankruptcy to move to Madison Avenue. The store was outfitted with digital capabilities, including a beacon network and same-day shipping. The retailer also invested in new in-store experiences to drive foot traffic, including a streetwear series, The Drop at Barneys, which combined speaker panels with limited edition merch in collaboration with Highsnobiety.

One former Barneys employee said that the investments — in areas like more real estate and events in a vacuum — were misguided, and made without equal investments in a consistent plan to bring in new customers and e-commerce capabilities.

“It came down to overconfidence in the brand for the brands’ sake,” said Scott Stuart, the CEO of Turnaround Management Association. “It’s a great brand, and it’s always sad to see an iconic brand like this struggling. But retail has changed dramatically, and the luxury retail landscape has changed. You can’t by on just confidence.”

With the filing, the department store will have time to find a potential buyer; immediately, 15 of Barneys’ stores will close while seven core stores will remain open, including both stores in New York City. Barneys’ upcoming location at American Dream, the retail complex opening in New Jersey this fall, is still set to open.

“They’re slowing their horses,” said Stuart, “but not pulling the plug. Still, this will play out in the near term. They’re either finding a buyer or making harder decisions,” like liquidation. “This isn’t something that will be drawn out over a year — they don’t have the cash,” Stuart said.