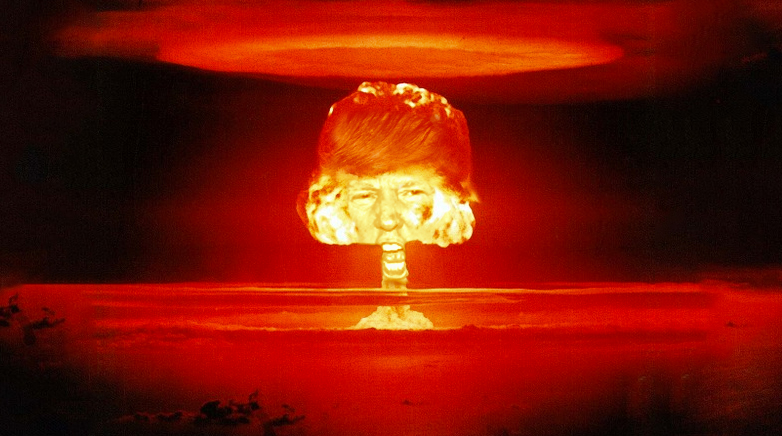 Earlier this year, Bill Penzey received an email from an angry customer; “I’ve quit you now for the fourth time,” it said. It wasn’t because his product — Penzey is the CEO of Penzeys Spices — was bad. It was due to Penzey’s Facebook posts.

Ever since Donald Trump was elected President of the United States, Penzey has used Facebook to share his thoughts about politics, the world and sometimes his spices too. A recent Facebook post, which clocked in at over 1,500 words, began with: “It’s the end of the Republican Party as we know it — And we should all feel fine.”

It went on to describe his belief that the Republicans have turned away from “conservative values.” It also mentioned his spice company — which sells hundreds of spice-related products and kits — as well as its email newsletter. The message was shared over 44,000 times, received over 54,000 comments as well as over 253,000 reactions.

“We’re a spice business,” said Penzey in an interview with Modern Retail. “Cooking is such a personal thing,” he went on, “our job is to show [our customers] that we share their values.”

This is all part of Penzeys’ paid media program, which puts those posts front and center. Penzeys Spices, in fact, was the second-highest spender of Facebook ads about impeachment between September 29 and October 5, shelling out $92,000 to promote its pro-impeachment content. Penzeys was only second to Donald Trump himself, who spent $718,000, according to Axios.

This week, Penzeys Spices Facebook page spent nearly $119,000 on Facebook, according to the platform’s ad listing. Between May 2018 and October 7, 2o19 the company spent over $2.4 million on Facebook. The ad quoted above was used for a campaign that targeted quite a few swing states — including Texas, Illinois, Pennsylvania and Michigan.

A spice company promoting a plainly political message may cause some head scratches, but this has become Penzeys’ primary mode of digital communication over the last three years. In December 2016, the company saw a huge spike in sales after the CEO made some public statements in the aftermath of Trump’s win. Sales of his spices — which range from curries to cinnamon to rubs — that month spiked nearly 60% and gift boxes jumped 135%, reported the Milwaukee Business Journal.

Since then, the messaging has remained consistent — that is, consistently anti-Trump. Four years ago, he was spending upwards of $29,000 a day on mailings — taking into account all the postage and handling costs that come into play with physical catalogs. When his first political Facebook post caught fire, he realized he could reallocate that snail mail money to digital. “We reduced our advertising costs by not mailing catalogs,” he said, and instead focused on “issue-based ads,” as well as an email newsletter. Now, he said he’s spending a fraction of what he used to spend by sunsetting the mailers and going all-in on digital. As a result, he went on, “we’ve seen fairly consistent sales.” (Penzey also said that now Facebook considers every one of his ads to be political — and marked as such — even if they’re not.)

The CEO didn’t share revenue numbers, but described the impact of the Facebook ads as bringing in new customers the company never before had, while also losing some more traditional ones. “We’re experiencing high single-digit [sales] growth,” he said, “even with the loss of customers.”

He didn’t foresee this; Penzey believed his rhetoric was going to turn off customers. Right after the election, he thought his loud political stance would almost certainly hurt his business. Yet that’s not quite what happened.

Penzey isn’t a stranger to political, or issue-based ads. Fifteen years ago, the company published its own cooking magazine that contained a Penzeys advertisement featuring a same-sex couple with triplets in the first issue. “Some of our customers left us over that,” he said. Even so, he went on, “that caused something to click for us.”

In Penzey’s eyes, while some may see spices as a benign commodity, in reality they are the ultimate political product. “Spices play a really interesting role in people’s lives,” he said, “because they come from all of these different parts of the world.” Many of the people who hail from the countries where his spices are grown are being marginalized in the US, he went on. “We’ve got something that shows they shouldn’t be pushed to the outside.”

Penzeys Spices may be a standout example of a brand embracing a political media strategy, but it certainly isn’t the only one. Bigger companies like Nike have recently made political stances with spokespeople like Colin Kaepernick. This, said Allen Adamson — an adjunct professor at NYU and co-founder and managing partner at Metaforce — is a distinct, recent shift. “In general, in the past, if you had taken a stand,” he said, “the rule of thumb is you would alienate as many people as you would appeal to.” But in 2019, politics can no longer be relegated to a single sphere. “What’s changed is that the polarization is so intense,” he went on. “People are so frustrated … that they were looking for other outlets to make their opinions heard.”

Indeed, earlier this year a consortium of about 200 top business executives formed a non-profit group called the Business Roundtable, which focused on helping corporations lead with a purpose. Of course, many see this as more of a marketing spin than a change in business ethos. Still, the fact that business leaders are no longer advocating for non-political stances illustrates a distinct shift.

What’s at the heart of brands making authentic political statements — ones that people respond to — is emotion. “The strongest brands have always had emotional connections to customers,” said Adamson.

For Penzey, he sees the emotional part as key to his strategy. But, he warned that not all companies should go in headfirst. “You shouldn’t leap off a cliff to see if you can fly,” he said, and instead do it “incrementally.” That was how it began in 2016 — he noticed a Facebook response and slowly invested more until digital became his primary marketing spend.

Even so, Penzey sees a new playbook being shaped, one where the company is able to more directly and communicatively share values with its customers. “I think there’s going to be great opportunities to show what the kindness at the heart of cooking can do for this country,” he said. “I’m hopeful that more businesses take on our model.”