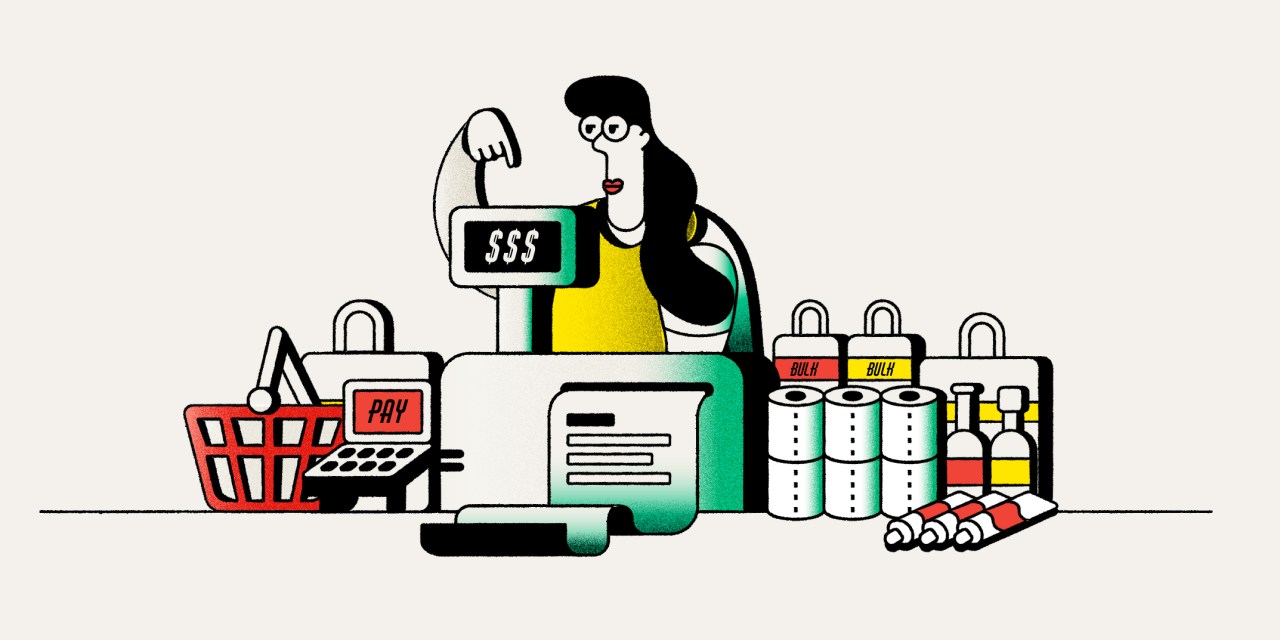 In the hectic early days of the pandemic, many retail workers were called upon to pitch in with tasks that fell outside of the scope of their daily jobs. For one Best Buy employee in Georgia at the time, that meant fulfilling curbside pickup orders.

Normally, the Best Buy employee worked as an “experience expert” for one of the major electronics brands that Best Buy works with — meaning that his main job was to promote products from that major electronics brand and hit quarterly sales goals. During the pandemic, however, he went from working as a salesman to carrying out electronics to customers’ cars every day, in the hot sun and the pouring rain.

This was the main reason he decided to leave Best Buy in March. “I felt like I was being pulled in other directions, having to go to other departments more” he said, adding that due to his growing list of to-do tasks, he missed his sales bonus over the holidays. (Best Buy did not respond to a request for comment.)

Throughout the pandemic, retail workers — particularly those at so-called essential retailers like Target and Walmart —  found their to-do-lists growing by the day. At the beginning of the pandemic, they were tasked with cleaning down highly-trafficked areas and working quickly to restock the items that were flying off the shelves, like toilet paper. Then, during the first round of stay-at-home orders, many of them were transferred over to fulfill curbside and buy online pickup in-store orders, services that became more popular during the pandemic. Then once stores reopened, they were tasked with ensuring customers were wearing masks.

As a result, many retail workers are feeling burnt out after a year of being pulled in multiple directions — and it shows no signs of slowing down anytime soon. The pandemic has also made retailers rethink what the role of store employees, particularly as online orders continue to rise. Some stores, like Best Buy, are now exploring using their store employees to deliver e-commerce packages. For many employees, like the former Best Buy worker in Georgia, it’s resulted in them leaving the industry altogether — according to the Department of Labor, some 640,000 retail workers resigned in April. For others, the past year has underscored the need to campaign for higher wages and more protections at their respective workplaces.

Modern Retail spoke with four big-box retail workers for this article, all of whom said that their satisfaction with working in retail has dropped over the past year due to the pandemic.

“There is no more just going to a good job, working there your whole life, and getting good benefits — you have to fight for what you want,” said Drew Board, a Walmart employee in North Carolina and a leader with worker advocacy group United for Respect. (Walmart declined to provide a comment for this article).

A year of all hands on deck

During the early days of the pandemic, essential retailers experienced huge spikes in demand for certain goods and services, which required a reallocation of labor at their stores. Board — who works in online grocery fulfillment — estimated that during the first few months of the pandemic, the Walmart store he worked at went from fulfilling 60 to 75 grocery orders a day to anywhere from 150 to 200. His department ended up getting an additional team lead, among other resources to deal with the additional demand.

One former Target worker in Maryland, who left his job in March of this year, found that he was increasingly called upon to help fulfill online orders — as was nearly everyone else in his store. Target experienced one of the biggest surges in online orders during the pandemic, a surge that’s still continuing a year later — the company reported during its first quarter earnings in May that digital comparable sales grew 50% year-over-year, on top of 141% growth a year ago. Unlike other competitors, Target also uses its stores to fulfill nearly all of its online orders, through a variety of services including ship-from-store and drive-up pickups. More than 95% of all orders were fulfilled by its stores during the first quarter.

“There would be times where we would have a huge batch due in half an hour and they would pull every employee of the floor [to get it done in time], said the former Target worker, who worked in the tech department at the time. (Target declined to provide comment for this story, but the company previously said that over the holidays, it doubled the number of store employees devoted to drive up and order pickup to keep up with demand).

In June, the former Target worker decided to transfer over to the security department, because that was one of the few departments that couldn’t be pulled off the floor to fulfill online orders. In this new role, he was essentially assigned one task: Reminding customers to wear a mask when he entered the store. The former Target worker said that while he had some customers complain, he never had a customer get violent with him when he asked them to wear a mask — something that has happened to countless other retail workers across the country.

He found his new role in security too monotonous — but didn’t want to transfer back to another department, and go back to being constantly pulled off the floor to fulfill online orders. He said he never felt like his store was able to hire enough workers to fully keep up with the surge in online orders. That ultimately led to him leaving Target in March.

“The pressure of ship-from-store and drive-ups was just crazy. It definitely took a toll — I want to say from the higher-ups on down in my store” said the former Target worker.

There were other factors that chipped away at retail workers’ morale over the past year. The Best Buy and Walmart workers Modern Retail spoke with said that they, for the most part, weren’t notified by managers when another employee that they worked with tested positive for the coronaivrus. (Best Buy, Walmart and Target all had different policies respectively on how they handled instances of employees testing positive for Covid, which weren’t always consistently applied across stores).”The psychological pressure it puts on you — it’s not good,” said Peter Naughton, a Walmart associate in Louisiana and another leader for United for Respect.

“People stopped trusting management, and it honestly started spilling into this snowball of people having a lot of discontent that wasn’t there before,” said the former Best Buy employee. He added that morale at his store fell further in February, when Best Buy announced it was laying off 5,000 employees, “due to having too many full-time and not enough part-time employees,” the company’s CEO Corrie Barry told analysts.

Put together, all of the changes in the retail landscape means that many workers in the industry are participating in what one economics correspondent coined “the great reassessment of work.” Workers in industries that became brutal to work in during the coronavirus pandemic are increasingly questioning whether or not they want to remain in those sectors at all.

“I will never work in retail again,” said the former Best Buy employee. “There were some points where I would wake up, I would go to work, I would get beaten down by customers, beaten down by management…and it really took me to some dark places.”

Other workers have thrown themselves into organizing for change at their respective workplaces — though they face an uphill battle. Amazon ultimately defeated a union campaign at , after a much-publicized campaign.

United for Respect, meanwhile, has called on Walmart to publicly commit to a myriad of changes, including paying all associates a base wage of $15 per hour and adding worker representation to its board of directors.