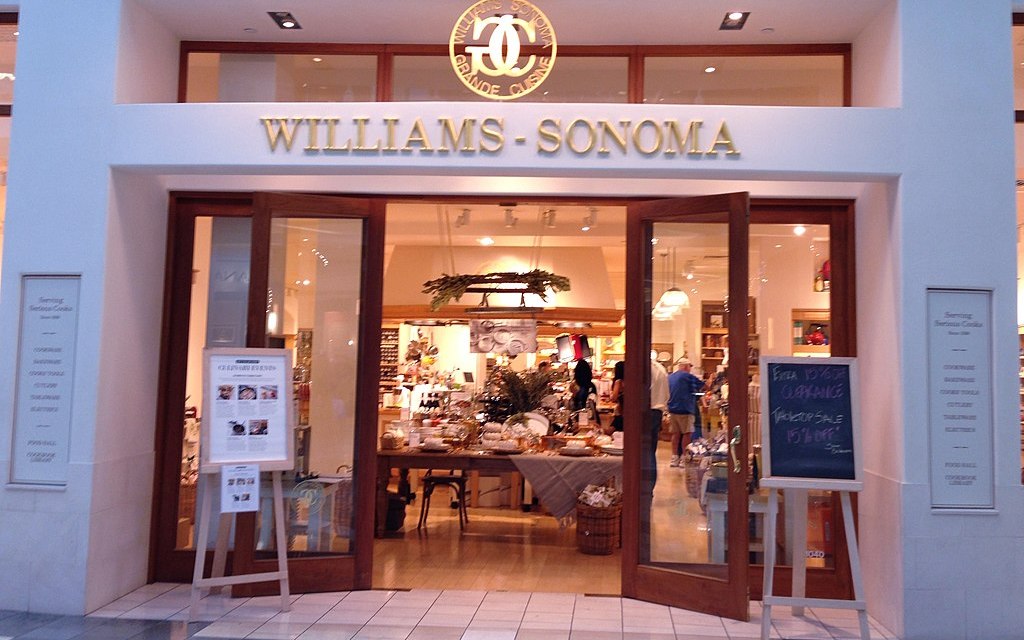 Williams-Sonoma’s digital strategy is paying off.

The home goods retailer brand that owns brands including Williams Sonoma, Pottery Barn and West Elm has long invested in its digital offering. In 2019, e-commerce represented 55% of its total sales, seeing 10% comp growth in that sales channel. But the current crisis only accelerated its digital dominance. Williams-Sonoma’s e-commerce business saw 31.2% comp growth this past quarter, recording $1.24 billion in quarterly revenue. E-commerce now represents 71% of its sales. At its investors call, CEO Laura Alber said its e-commerce channel has “continued to accelerate.”

Online isn’t a new endeavor for the retailer. Williams-Sonoma first began dabbling with online stores in 1998, officially launching its website in 2000. The company used the data it amassed from online and catalog sales as a way to figure out which products to display more heavily in-store.

In the early days, it followed many other large brands’ strategies by having online businesses led by different teams from stores and catalogs. In the early 2000s, Williams-Sonoma merged them to have each portfolio brand in charge of all of those channels. “We’ve centralized and integrated our marketing, analytics, and IT functions so that we can more easily share and execute on ideas and information that benefit the entire group,” wrote Alber in Harvard Business Review in 2014.

It’s invested in building out digital features over the last few years. In 2018, it added self-serve online delivery scheduling and began rolling out buy online pickup in store. Over the last few month, Williams-Sonoma added more tools to the mix to deal with the heightened online demand. It added virtual services, letting people speak with its associates online for customer service needs, as well as product visualization tools.

These incremental bets are now paying off. “To deliver a comparable sales uplift at a time when all of your stores have been closed for half of the quarter is astonishing,” said Neil Saunders, managing director of GlobalData Retail. The company was able to take its existing strong online programs and proactively expand them, he said. “It wasn’t passive going into this,” he said, “it really ramped up quite a bit of online services.”

Williams-Sonoma’s store strategy likely had a lot to do with its ability to adapt to retail closures. While the locations exist to drive sales, the locations for all three brands have a slightly different approach than many competitors. “The stores are really actually showrooms,” said Saunders. Customers go in there to check items out in-person, but they are still engaged with the company’s online programs.

“It’s much more like direct-to-consumer brands who started online and then put in stores,” said Saunders. “The stores are not really the primary channel through which they sell.” Indeed, the company said the coronavirus has accelerated store closures given increasingly unprofitable locations; Alber said it planned to close upwards of 60 stores, double what it initially planned to shutter before the pandemic hit.

This is a very different mentality from other large stores facing industry headwinds. Department stores like JCPenney and Macy’s have long had difficulty growing their e-commerce businesses in a way that offset declining foot traffic. While many factors are at play with those companies, their insistence to focus on stores as a primary sales channel almost certainly played a role too. JCPenney, for example, has long had difficulties growing its online presence despite being an early player to the e-commerce space.

For Williams-Sonoma, the company was able to use programs it already invested in to its advantage. For larger retailers struggling due to store closures, it presents a stark contrast.

“In some ways, when you look at the results,” said Saunders, “you think there has been no pandemic at all.”