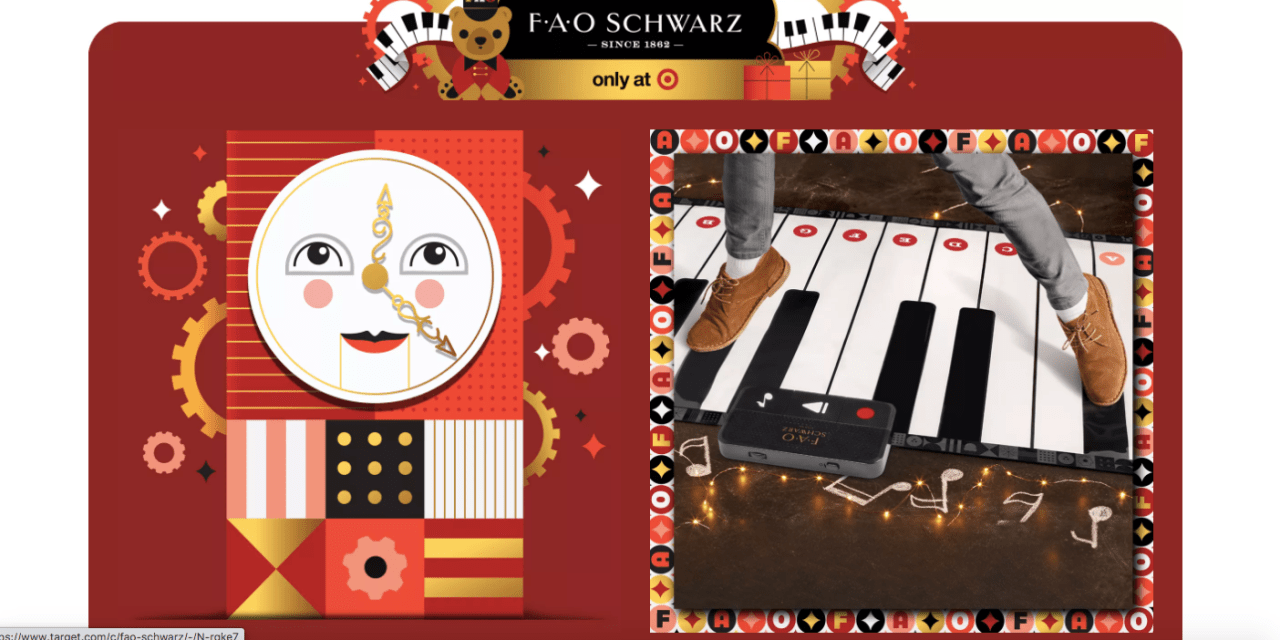 The coronavirus has upended the traditional way of doing business in ever single retail category, and toys is no exception.

This year, as fewer people do their holiday shopping at stores, more toy sales are expected to move online. That means retailers like Walmart and Target also have to shift more of their marketing efforts for toys online, as do top toy brands like Mattel and Hasbro. Retailers are promoting their top toy lists online and trying to secure as many exclusives as possible, while toy brands are focusing on digital platforms like TikTok and YouTube. This was a trend that was already underway before the start of the coronavirus outbreak, but has since been accelerated.

According to eMarketer, e-commerce sales of toys are projected to grow 34.9% year-over-year, compared to 1.5.5% the year prior. The firm is also projecting that this year, e-commerce will make up 45.1% of all toy sales. However, in-store continues to make up a large percentage of toy sales, because of the fact that the largest toy retailers are also some of the largest brick-and-mortar retailers in the U.S. Since the bankruptcy filing of Toys ‘R’ Us in 2017, the retailers that have dominated toy sales are Walmart and Target — as well as e-commerce giant Amazon.

“[Toys] is probably the second or third category that really migrated online, with books being the first,” said Andrew Lipsman, e-commerce analyst at eMarketer. “Parents are buying on behalf of kids, and the parents don’t necessarily need that full in-store shopping experience.” Rather, he said, parents looking for toys value how easy it is to find the particular product their child wants online, how quickly it can be delivered and which retailer carries it for cheap.

Each year, Walmart, Amazon and Target attempt to gain an edge over competitors by trying to get as many exclusives as possible from top companies like Lego, Disney and Mattel, and then touting in those exclusives in “top toy lists” that they promote online and through catalogs. Amazon, in fact started releasing a print catalog highlighting its top toys for the holidays in 2018 — a testament to just how much of a driving force old-school marketing tactics like lists play in the toy category.

But one of the challenges retailers face this year is that it’s unclear what exactly will be the top toys this year, Katie Thomas, lead at the Kearney Consumer Institute said in an email. “Without traditional movie launches, as well as children seeing each other less due to hybrid learning or reduced activities, [there’s] less chatter amongst [kids] to drive up interest in one specific toy.”

Last year, top toy lists at Walmart, Amazon and Target included “Frozen 2” and “Star Wars: The Rise of Skywalker” toys in their top two lists. Both films were released in November and December last year. This year, with no new films, retailers are instead leaning on what’s worked well for them in the past. Target and Walmart’s list of top toys, for example, includes Harry Potter and Star Wars lego sets, as well as a “Frozen 2” dolls.

But retailers are also searching for new partners, outside of entertainment studios, to help them secure new exclusives. Target, for example, has partnered with FAO Schwartz this year to carry exclusive products from the famed New York City toy store, such as a piano dance mat like the giant in-store piano that the store was known for.

The other wrinkle is that, as fewer people do their shopping in stores, brands and retailers are look for ways to recreate the experience of trying out a toy in store.  This was something that retailers were already bracing for, as more toy sales have continued to move online for the past several years.

In 2018,  startup Camp launched, which seeks to create a more modern in-store toy shopping experience, by having more space for product demos. Also that year, Walmart created a joint venture with video startup Eko, and through that partnership has created Walmart Wonder Lab, a website where kids can virtually unbox and try out toys.

“What I’m seeing more of is retailers having video content on their site,” said Tory Gundelach, senior vice president of retail insights at Kantar Consulting said.

Toy brands, meanwhile have been advertising more on video platforms, or striking deals with influencers to virtually showcase their toys. CNBC reported last week that that toy companies such as Zuru and IMC Toys have seen spikes in toys coinciding with videos showcasing them going viral on TikTok. Meanwhile, Mattel COO Richard Dickson said on the Modern Retail podcast earlier this month that YouTube was a key focus for the company, as it was creating more videos for its own channels and for partnerships with influencers. And Mattel’s television arm struck a deal with Netflix to create a new animated series.

“Continuing to be where our consumers are means, today, being everywhere — recognizing that our brands need to be on all platforms that are relevant to our consumers,” he said.