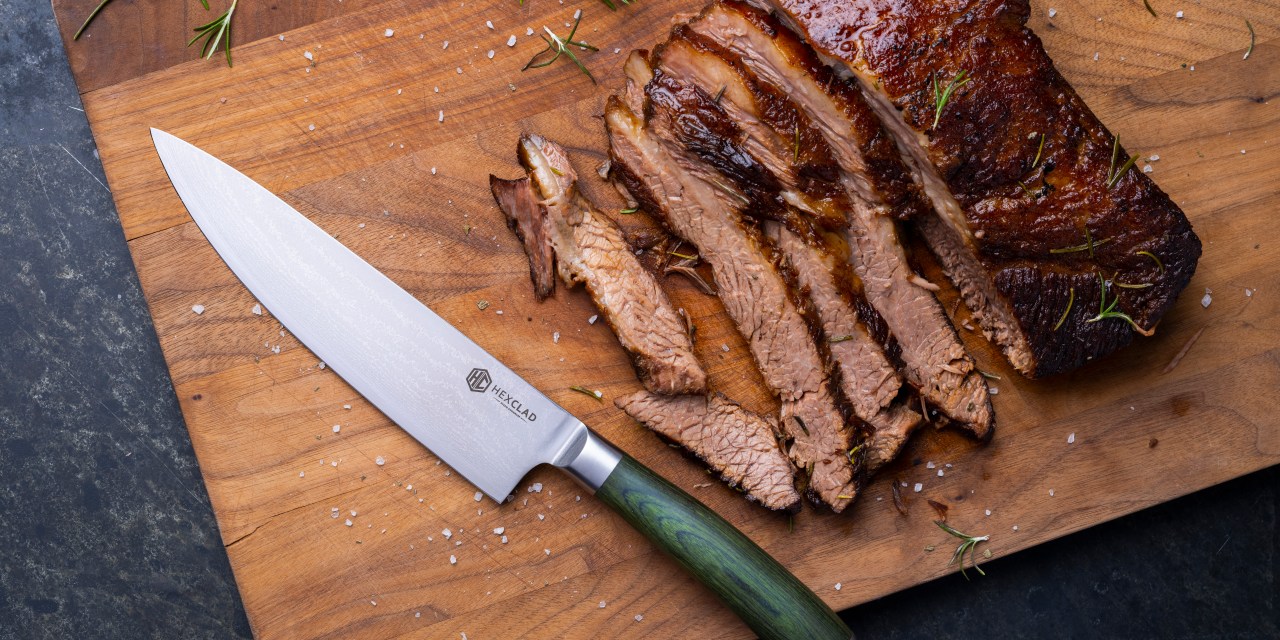 People who have viewed some of celebrity chef Gordon Ramsay’s recent cooking shows or videos have likely come across ​​HexClad’s cookware.

HexClad — a direct-to-consumer company selling products like pots, pans and knives — officially signed Ramsay as the brand’s lead ambassador last year. Since then, HexClad’s products can now be found all over Ramsay’s Instagram page, TikTok and cooking shows, including Ramsay in 10 on YouTube and Next Level Chef on Fox.

“He’s involved like in almost every bit of it, and if he’s not, his team is,” said Danny Winer, co-founder and CEO of HexClad. “I can’t stress enough it’s like a dream relationship. I never would have thought it would be this good.”

Thanks to this partnership, HexClad is steadily growing its brand recognition and reach. Since its launch in 2017, HexClad has sold more than a million units of its hybrid cookware. With its partnership with Ramsay along with other professional chefs, HexClad’s sales are projected to reach $125 million in 2022 from last year’s $80 million. Collaborations and partnerships with celebrities or influencers are an increasingly popular playbook used by digitally native cookware brands to acquire new customers and grow sales.

Products from Hexclad can range from $99 to $998 in various sizes and combined sets. Its products can be found on its website, Amazon and in Costco locations.

The partnership began when HexClad noticed that Ramsay was following its Instagram page in 2020. After reaching out, Winer said Ramsay expressed interest in putting HexClad products in his shows. Almost a year and a half into the partnership, HexClad products are not just found in Ramsay’s shows but also in Ramsay’s new cookbook called Ramsay in 10, and are used in some of Ramsay’s restaurants, including Savoy Grill, Pétrus and Restaurant Gordon Ramsay.

HexClad also works with other professional chefs, such as Kevin Meehan from Kali Restaurant and Angelo Auriana from Factory Kitchen, among others. Apart from Ramsay, these tie-ups are all unpaid. The company has, however, given away products, Winer said.

A big component of HexClad’s marketing strategy is to demonstrate how its products are the preferred cookware of top chefs. For example, in a video ad on the company’s website, Kali Restaurant’s Meehan can be seen using and praising HexClad’s product in the kitchen. On the National Geographic show Uncharted, Ramsay travels around the world carrying two of HexClad’s pans and one of its knives, Winer said.

“The fact is, these other DTC brands, they aren’t being used in a professional setting,” Winer said. “We like to say, we design this for the greatest chefs in the world, which means it’s going to be absolutely perfect in your home kitchen.”

Cookware brands across the board have been leveraging partnerships with celebrities and chefs to promote products and acquire customers. For example, kitchen essential brand Our Place teamed up with singer and actress Selena Gomez in May for a limited-time collection. Kitchen essentials company Made by Gather has developed a brand with actress Drew Barrymore, dubbed Beautiful Kitchenware, which sells items like air fryers, toasters and blenders.

Much like HexClad, DTC cookware brand Made In has also grown its connections with professional chefs, including “Top Chef” judge Tom Colicchio and Mozza co-owner Nancy Silverton. Made In has used its popularity to gain notoriety not just amoung regular consumers, but also among restaurants.

Alessandro Bogliari, CEO and co-founder of marketing firm The Influencer Marketing Factory, said that finding the right partner can be instrumental to a company’s positioning. In HexClad’s case, having Ramsay and other chefs onboard brings in years of experience in the food industry and an audience that could potentially be interested in cookware products.

“It’s important that whenever you partner up with a celebrity, you really can go a bit deeper and understand who is their audience,” Bogliari said. “At the end of the day, if the demographics are not in line with your product, you will have a lot of potential brand awareness, but not conversions.”

Bogliari said that when celebrities promote brands that are in line with their image, it can make products appear more aspirational. But compared to a social media influencer, brands should be aware that a traditional celebrity’s popularity might not translate well into some media channels.

Ramsay has rallied a robust following on many social media platforms, including TikTok where he has over 33 million followers and garnered millions of views for videos featuring HexClad products. HexClad, on the other hand, has grown its followers to over 99,000 on TikTok. Additionally, Ramsay gives HexClad feedback on its products and suggests which products to launch next.

With Ramsay as a strategic partner, the company also plans to expand to new international markets — such as Australia, India and Brazil — towards the end of the year. “[Ramsay] is a global brand. They know him everywhere,” HexClad’s Winer said.