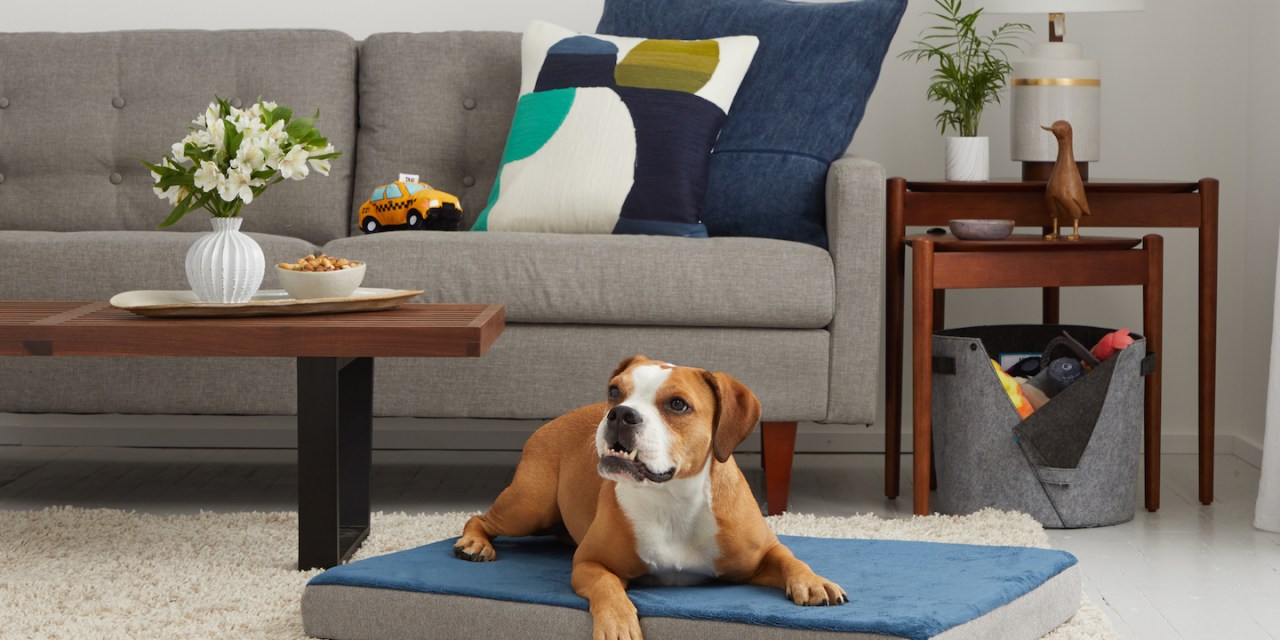 We’re offering a select group of retail executives complimentary passes to the Digiday Retail Summit in Austin, TX from April 29 – May 1. Apply here to see if you qualify.

Not all direct-to-consumer brands are snubbing Amazon. Bark, a dog supplies brand, has embraced it instead.

The brand was hoping to get its products into more hands, and had been expanding its product selection after launching with BarkBox, a subscription box with monthly dog treats and toys designed and made in house. To reach more people, the brand wanted to go where more customers were. It started selling exclusively in Target in 2017, an exclusivity agreement that would end after one year.

In the meantime, Bark planned its Amazon strategy.

According to Bark CEO Matt Meeker, the company hired a small internal team dedicated to the Amazon business, as well as an outside consultant that had experience selling on Amazon, and then spent the next year figuring out how the marketplace’s machine functioned. What Bark’s DTC business thrived off of, that the company didn’t want to give up, was first-party data. Amazon owns all of its customer data, so Meeker and his team figured out a way to work with the infrastructure and “play the game in a better way.”

The Amazon team analyzed the existing pet category — which included AmazonBasics products of the retailer’s own — to find the highest-volume selling products with strong margin profiles. It also used machine learning to analyze the reviews and ratings of all of those products on Amazon.

“The idea was to reverse engineer our products to find out where the most opportunity for product development was, and then build the line out from there,” said Meeker. The items it found would sell best on Amazon turned into the Bark Essentials line of products like poop bags and an orthopedic dog bed, as well as CBD supplements for dogs. It launched with five products on Amazon in August 2018, and Meeker said the goal is to end this year with 20 products and hit 10x growth on the platform (Meeker wouldn’t share specific figures around the Amazon business, but said the channel is still small but growing quickly).

To boost performance of Bark’s Amazon products, the team also laid out a strategy it called “The Boost Strategy.” It starts with reviews. When a new product launches, Bark taps a team of ambassadors to test the product and, if they like it, review it on Amazon. (If they don’t like it, it asks the ambassadors to tell them directly.) Once the product starts getting tractions through reviews, it will put money behind product listings on Amazon’s platform. It’s a numbers game, according to Meeker.

“We have a formula and we can see it working,” he said. “If Amazon is going to own the top product spot in a search, that still leaves around 70 percent of the purchase for us to own.”

It’s opening up opportunities. The Amazon rep working with Bark has featured the brand in Deals of the Day and other site-wide promotions. If an exclusive product deal were to surface, Meeker said Bark would be all over it.

“For us, it’s opportunistic and about serving the customer better. They’re both friend and faux and so we have to act that way,” said Meeker. “So, let’s play according to the rules of the game and just go as fast as we can.” — Hilary Milnes

Amazon drops the Brand Registry ball
In March, after pulling purchase orders for tens of thousands of vendors, Amazon walked back the decision and reinstated them, giving brands 60 days to sign up for Brand Registry. For Amazon’s part, the registry raises the barrier of entry for who can sell with Amazon’s wholesale business. For vendors and third-party sellers, Brand Registry is a good thing, by all accounts. By registering with a government-issued trademark, brands are granted more control over stamping out counterfeit and unauthorized sellers, can build more enhanced product pages and branded storefronts, and get access to premium content products.

But, according to sellers, the process of reporting unauthorized sellers isn’t smooth. In a forum for Amazon sellers, they reported it backfiring: Instead of taking down the unauthorized seller listing, Amazon will sometimes take down the entire product listing for the registered brand that reported a violation. It can then take Amazon weeks to correct the error, resulting in weeks of lost sales.

Without being able to trust Amazon to take the right course of action, sellers are working around them. One seller wrote that Amazon’s response to seller complaints was so unpredictable, she took action into her own hands. “It’s a total guess, which is why I now hesitate to use it as an enforcement tool. If humanly possible we try to contact the violator and get it corrected and honestly it works better because they don’t want a strike against them as a seller.”

Amazon’s lack of seller support continues to be a point of frustration, a foreboding sign as it moves to make its retail business even more hands-off than it already is. “When we’re building a brand on Amazon, we expect a baseline level of support, and in this case, Amazon isn’t hitting that baseline,” another seller wrote. – Hilary Milnes

Walmart puts Art.com into action
Walmart acquired Art.com, a home decor site that originally launched in 1998, at the end of last year. At the time of the acquisition, the terms of which weren’t disclosed, Walmart said it was looking to expand its footprint in the $10 billion home decor market, starting by running the separate Art.com site and then eventually bringing its inventory across Walmart.com, Jet.com and Hayneedle.com. Thursday, Frank Barbieri, the operating partner of tech company Cluster, announced that he accepted the job as Art.com’s president and the vp-gm of category management for Walmart eCommerce.

T-Mobile rolls out digital banking
T-Mobile is teaming up with digital bank BankMobile to launch a bank account product called T-Mobile Money. The company will offer customers mobile accounts with up to 4 percent interest on balances up to $3,000 (1% after that). Customers need to deposit at least $200 a month to get these rates. T-Mobile, with its substantial network of retail stores (20,000 physical locations) has the capacity to leverage its physical presence to grow the reach of its deposit account products and market to its 73 million customers. But by moving into financial services, the telecom provider may need to tread carefully, as any arrangement to share bank account data with the wireless provider would likely be subject to regulatory scrutiny.

“The devil lies in the details [and] the challenges are going to be primarily regulatory, depending on how things are structured,” Brian Knight, director of innovation and governance at the Mercatus Center at George Mason University, recently told Digiday, about T-Mobile’s foray into financial services. “It may be regulated as a banking services provider — if something goes wrong, they may have increased scrutiny applied to them.” — Suman Bhattacharyya

Other news to know
Sears Holding Corp. has sued former CEO Eddie Lampert, accusing him of stripping the company of billions of dollars worth of assets and letting the company’s losses pile up.

Alibaba has proven impenetrable: Amazon has pulled the plug on Amazon.cn, its Chinese marketplace, meaning it will no longer attempt to sell Chinese goods to the country. Instead, Amazon said it will focus on cross-border retail in the region for international goods.

Pinterest began trading on the NYSE on Thursday, with shares trading at $23.75 a piece, 25% higher than the IPO price of $19.

DTC stretch: Digitally native brands that launched with a single product want to be category leaders.

Righting ship: JCPenney’s CEO is tasked with the tall order of pulling off a turnaround.