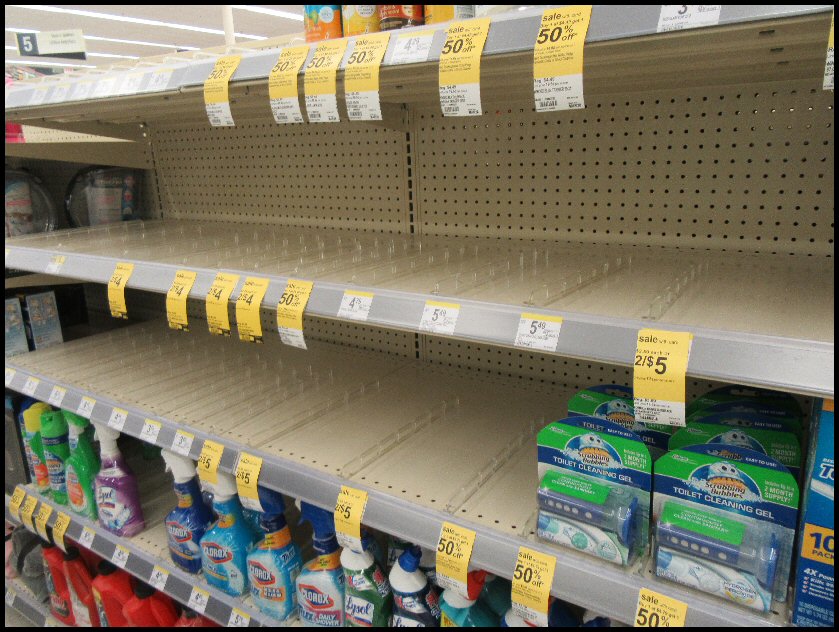 This spring, Amazon was thrown into disarray.

As lockdowns set off a wave of panic buying, some third-party sellers on Amazon saw the chance to make a quick buck. They hiked the prices of masks, sanitizers and other essential items as much 1,000%. That created an uproar among consumers, media outlets and 33 attorneys general. At a time when people were desperate for personal protective equipment, Amazon — the main source for many consumers — was hosting outrageously priced listings. In response to the pressure, Amazon cracked down on third-party sellers — but that, too, created its own set of controversies, as many sellers were unfairly suspended in the frenzy.

Now, sellers are trying to prepare for any big changes on the horizon. According to Amazon experts, things likely won’t be as extreme as they were last spring. But with the holidays in tow — and Amazon preparing for increased panic buying — it may get a bit bumpy.

A rough spring
“We had a bunch of clients that were selling the same products at the same prices for months, and Amazon flagged that as gouging,” said James Thomson, a partner at the Amazon selling consultancy Buy Box Experts. In a few cases, Amazon restored the listings as soon as Thomson pointed out the error. But in others, given how difficult seller suspensions are to appeal, “it took literally weeks for them to reinstate the product to make it live.”

Neither Amazon itself nor its sellers want a repeat of the spring. But while the risks of panic buying on that scale are small, there’s reason to worry about a lower-level surge. In Europe, where several countries have re-entered lockdown, stores are sold out of essential goods again. The U.S. hasn’t returned to lockdown, but its new coronavirus case peak bodes poorly for the future. One survey found that 52% of Americans are stockpiling groceries.

But if panic buying does happen again, Amazon seems more prepared to handle it — and to neutralize a subsequent rush of price gouging. While Amazon experts Modern Retail spoke with are not concerned about unfair prices resurfacing in large numbers, they do worry about Amazon suspending more sellers. The problem for Amazon is twofold: on one hand, Amazon can’t possibly catch all bad actors on its platform. But on the other, its algorithms will continue to accidentally suspend some sellers who had nothing to do with price gouging at all.

While the pandemic blindsided Amazon, the company wasn’t totally oblivious to price gouging — it has had anti-gouging algorithms in place for years. Normally, the company activated its algorithms during the holidays, according to Thomson. If a popular toy was all but sold out on December 15, for example, Amazon would block sellers from tripling or quadrupling the price.

Those algorithms were active in the spring, too — and Amazon has learned from their failures. In recent months, Amazon appeared to be tweaking them to account for new loopholes revealed by the pandemic. For instance, The Verge found one trick where sellers list items as “collectibles,” throwing off the anti-gouging algorithm. One Bowflex dumbbell categorized as a collectible was going for as much as $1,275, over five times the original price.

But ultimately, said Thomson, “this is always a game of cat and mouse.” He noted that Amazon’s massive size means that new reforms can only do so much to stop all forms of price gouging. “Sellers will find a way to create listings to circumvent whatever technologies Amazon puts in place,” he said. “The catalog is so massive that there aren’t many human beings looking at the catalog right now.”

Navigating the new terrain
Especially if panic buying starts up again, price gouging will return — no matter how prepared Amazon is. Already, this fall, new loopholes have popped up. One increasingly popular trick for sellers who want to beat Amazon’s pricing detectors is to lie in the metadata. Take disinfectant wipes as an example: currently, Amazon does a pretty good job of keeping prices in check for items that are actually categorized as disinfectant wipes. But if sellers purposely miscategorize the item or list it with a false universal product code, Amazon’s algorithms aren’t able to catch unfair prices.

It’s a no-win situation, and Amazon seems to know it. In May, the company called on Congress to help it regulate itself. The big hurdle, however, is that in the U.S., state laws around price-gouging have a wide variance. Take California, which categorizes price gouging as anything above a 10% price jump, and compare it to New York, which instead opts for vague language about “unconscious able excessive” increases. Other states set the floor for gouging at a 25% price increase. Amazon can’t easily enforce price gouging when the laws around it are such a patchwork.

Sellers might still have reason to worry. Taking down listings and blocking accounts over price gouging is a good PR move for Amazon; to show its seriousness, Amazon has boasted about shutting down half a million product pages. Certainly, the company could initiate another wave of suspensions. “Amazon sellers, the vast majority of them, they all fear Amazon suspending their account,” said CJ Rosenbaum, an attorney who represents Amazon sellers.

But if Amazon were to rework its price-gouging policy yet again, Rosenbaum is more optimistic that, this time, he wouldn’t see the same flood of suspensions: “I don’t sweat it, because we continuously stay updated.” Some sellers he works with, he said, are already preparing. They’re avoiding selling certain essential products, for instance, because they know those are more likely to be flagged for price gouging.

It might be unreasonable to expect Amazon to fully stamp out price gouging, but if anything, the concern over unfair prices on Amazon is indicative of the power that Amazon wields. “That plays into the question of, are we too reliant on a single channel? Let’s say we’re all shopping on Walmart.com. There would be gouging on Walmart.com,” said Thomson.